Helping children get out of abusive situations 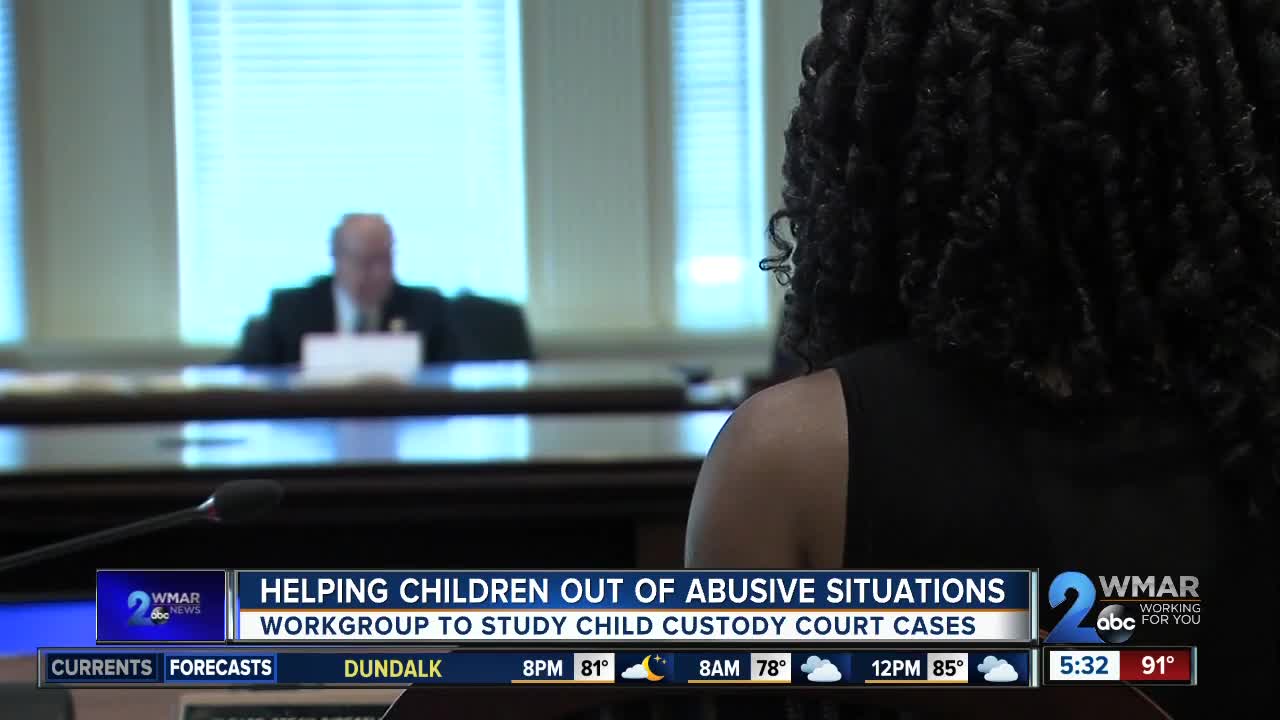 It's an unfortunate statistic, but every day in Maryland, children live in abusive situations. A group is leading the nation on how to make child custody cases easier on the child.

ANNAPOLIS, Md. — It's an unfortunate reality, but every day in Maryland, children live in abusive situations. A group is leading the nation on how to make child custody cases easier on the children.

"There was abuse involving knives, AR-15's, 9mm Berettas, brooms, fists, and these acts of violence were portrayed against myself and against our three children," a mother, going by 'Faith' testified.

Those are strong words from an abused wife and mother. She does not want to reveal her true name, she would like to be called "Faith". She came to testify in front of a pioneering study group that is the first of its kind in the nation. The study group, led by Maryland's Secretary of State John Wobensmith, will look at how children are effected during child abuse and domestic violence allegations.

"It's the effect on the child every day that's in those kinds of situations where they're being abused and that message is not being acted on," said Secretary of State of Maryland, John C. Wobensmith.

"Faith" moved to Maryland because of the "Safe at Home" program. It's a program where if you can prove you are in an abusive situation, you can purchase a house in Maryland and your name will be kept off the public record. "Faith" said it was a difficult time for her and her children to convince the courts of the abuse.

"It took four years and 63 court hearings in order for the court to finally terminate his parental rights," Faith said.

This study group wants focus on the effects on children in child custody cases. Faith hopes abused spouses and children in Maryland do not have as difficult of a time as she did.

Joan Meier, a professor at George Washington University Law, did a study on the effects of children during domestic violence and child abuse cases. She said during child custody sexual abuse cases, only one in 51 children who said they were abused were believed.

"I know many of the judges are concerned about this, and they don't feel comfortable many times in making those types of decisions, and that's understandable because yesterday they may have been doing a traffic court, today they're doing child custody,"

The focus group is two weeks into a year-and-a-half study.