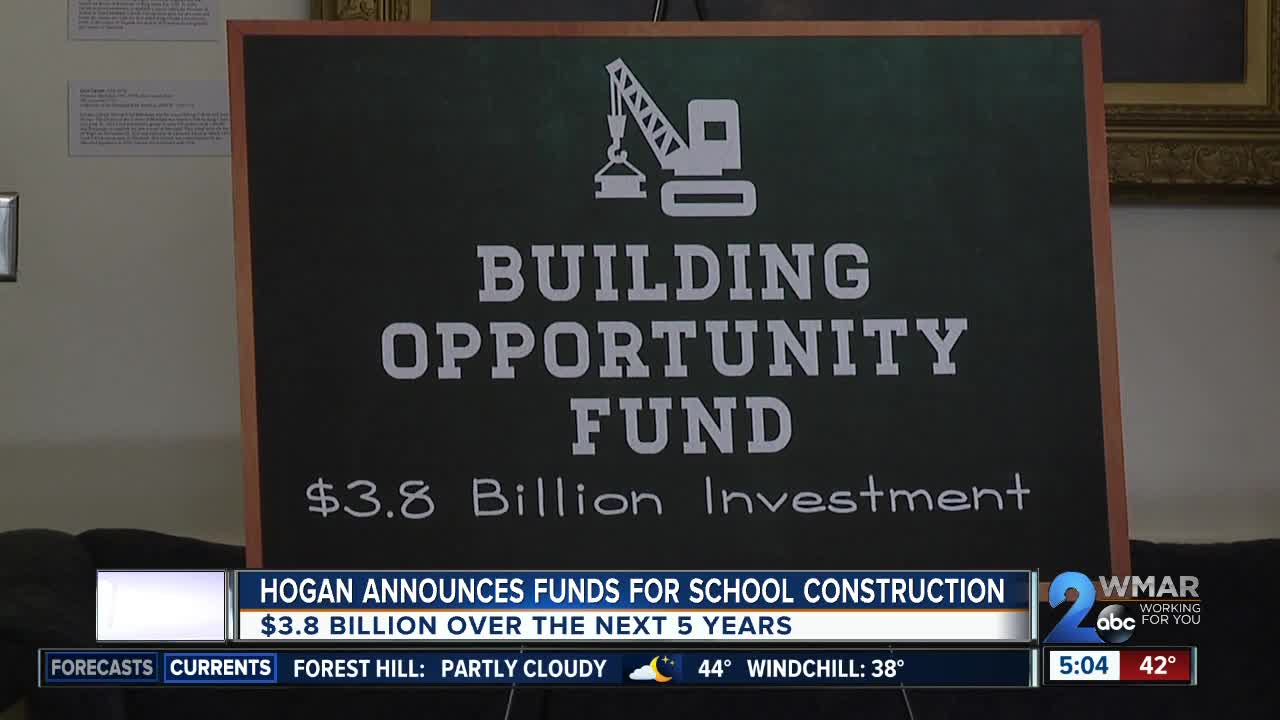 As the 2020 Maryland State legislature looms over the horizon, Governor Larry Hogan on Thursday rolled out one of his education bills.

ANNAPOLIS, Md. — As the 2020 Maryland State legislature looms over the horizon, Governor Larry Hogan on Thursday rolled out one of his education bills.

It's called “Class Act” which stands for Community and Local Accountability for Struggling Schools Act.

Hogan says education will continue to be his priority, "We have provided historical high state funding 5 years in a row."

His bill designates 3.8 billion dollars for school construction over the next 5 years.

"They're the third highest funded school system in America, among the largest 100 school systems and yet Baltimore City has some of the worst results."

"They deserve to know that their money is being wisely spent and that it is going directly into the classroom where it belongs and that it's being used to actually help our children get better results."

Another part of the bill addresses schools that have one star ratings two years in a row. Those schools will be designated as an “Innovation School” and turned over to a committee made up of locals.

On Tuesday, the Maryland State Department of Education released it's 2019 School Report Card, where you can find a school's star rating, assessment results, and percentile ranking among other things.

Democratic Senator Bill Ferguson, who is set to take of the spot of Senate President at the start of the session, in a conciliatory note said “We clearly have common ground on the issue….and believe that we can find a united path forward.

House Speaker Adrienne Jones however didn't seem as optimistic as Ferguson, and referred to Hogan's well known stance against the Kirwan Commission's recommendation on education spending.

"Today’s press conference highlights the different approaches between the legislature and the Administration. As a member of the Kirwan Commission, I spent hundreds of hours listening to education experts, parents and teachers in order to craft a comprehensive plan to ensure that all of our students can compete in a global economy. It is difficult to respond to slogans when there aren’t actual details behind them," said Jones. "I am pleased, however, that the Governor is finally engaging in a conversation about our public schools after three years of the Kirwan Commission meeting. I will count that as progress."