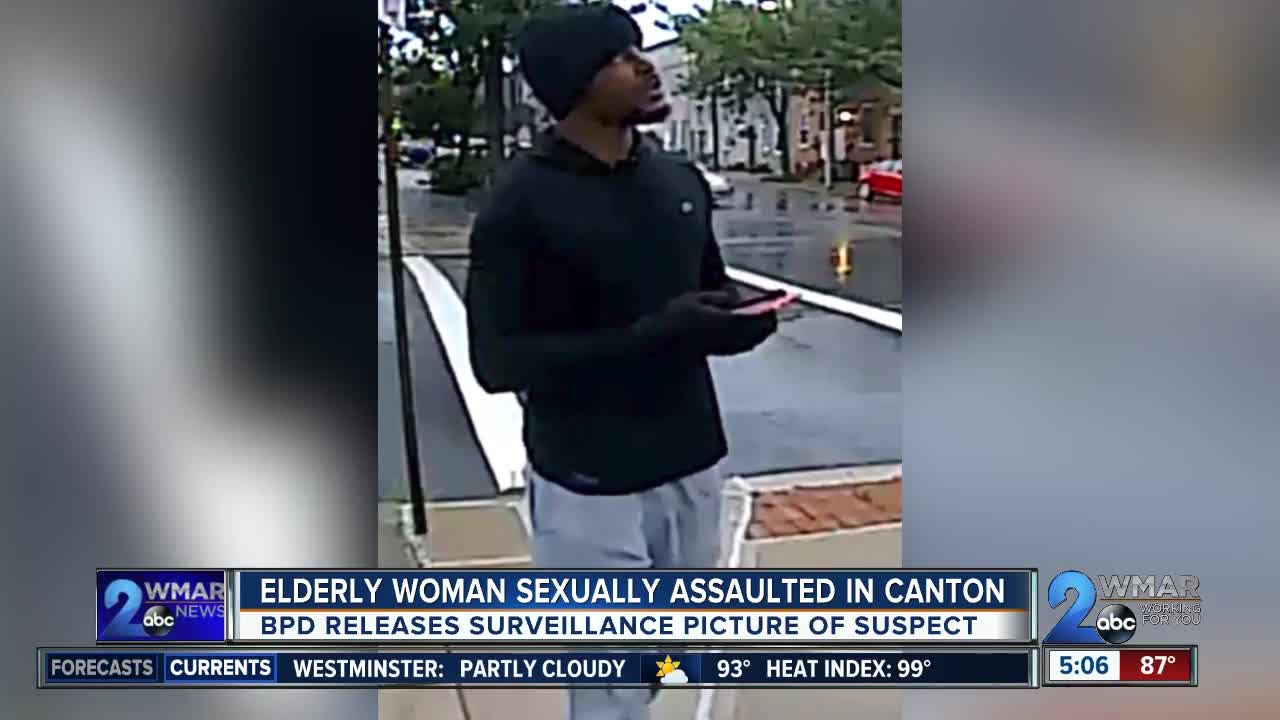 Surveillance photos have been released of a suspect who sexually assaulted an elderly woman in Canton.

CANTON, Md. — It's a crime that has neighbors shocked – a 79-year-old woman assaulted early Monday morning in Canton.

The suspect lured the woman into a home that neighbors tell us, he had broken into. The suspect reportedly asked the woman to help him with a table, and police said that's how he was able to get inside of the home and commit the assault.

"The woman told us she was walking in the 3200 block of Elliot Street when she was approached by an African American male who looked to be in his early to mid-30s," said Donny Moses, Baltimore Police Department spokesperson.

Baltimore Police believe that the suspect is from the area, because of the home that he chose to break into.

"To know to go into this house at this time to do this, you had to be familiar with the area," Moses said.

Mike Engler has lived in this neighborhood for 15 years and says this type of crime is rare in the area.

"Most of the streets in Canton are very safe," Engler said. "There is some property crime, very rarely do you have an assault on a person."

Detectives have released video footage of the man they are looking for an ask if you have any information on the suspect, call Metro Crime Stoppers Tip Line at 1-866-7LOCKUP.