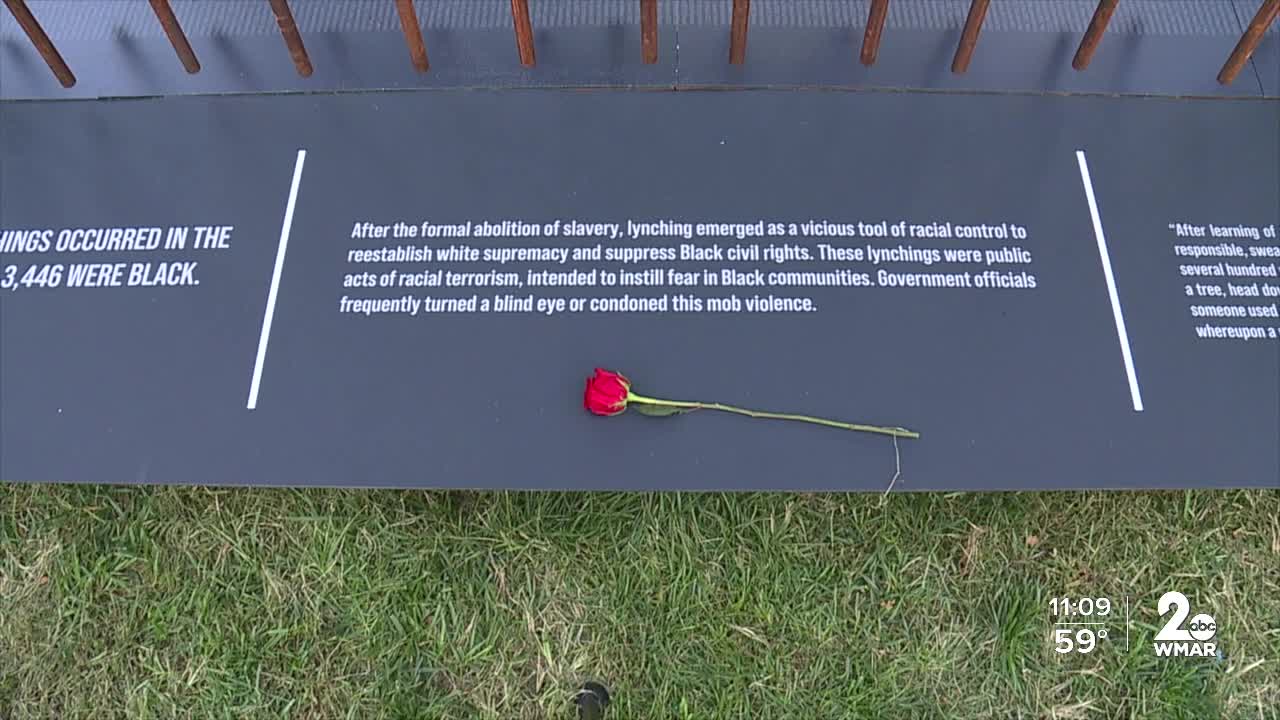 From afar to the casual observer, one can confuse a new art installation in Baltimore as a basic structure made up of rusted steal. But, when you get closer to it outside of city hall, you’ll find it’s a “powerful” and “moving” art exhibit about the history of racism in America.

BALTIMORE — From afar to the casual observer, one can confuse a new art installation in Baltimore as a basic structure made up of rusted steal.

But, when you get closer to it outside of city hall, you’ll find it’s a “powerful” and “moving” art exhibit about the history of racism in America.

“When you enter this pavilion, you walk into this space [and] you are literally standing underneath the shape, the weight of racism,” said one of the lead designers Dayton Schroeter.

The piece is called “Society’s Cage”.

The two lead designers, Dayton Schroeter and Julian Arrington, created it in the wake of the deaths of George Floyd and Breonna Taylor

It was to bring attention to the violence and systemic racism affecting black people.

“It led us ultimately to examine lynchings, capital punishment, mass incarceration and of course police killings as a sort of the root causes of racialized state violence,” said Schroeter.

“It’s a beautiful rendition of the ugliness of racism,” added Julian Arrington, the other lead designer.

Around the exhibit, visitors will find information detailing the black experience for the past 400 years

Inside, are names of victims of what the designers describe as racialized state violence. And, the weathered steel is used as an artistic way to bring data of that violence to life.

“We used these four graphs and articulated them with bars…to basically depict one sort of the idea of this enduring institution of racism. The legacy of slavery,” said Arrington.

Baltimore resident Deandre Williams said the art installation touched him differently because he’s a been a victim of police brutality. He said was moved by the artwork.

Maggie Carter, who also lives in Baltimore, said as a white woman she will never know how it feels to be black in America, but she believes this can help people understand.

“Having something like more than just statistics, it’s really a powerful feeling to step into it and feel it in a different way,” she said.

The designers hope their artwork provoke people to think deeply about America’s past to help build a better future.

“We want to educate and promote awareness around radicalized state violence, but more importantly we want to build empathy and healing,” Schroeter said.

“You can’t really get to the sort of idealistic kumbaya moment that everybody wants without first acknowledging the truth and really understand what other people are dealing with in society so it’s really getting people to have conversations,” Arrington added.

“Society’s Cage” will be on the front lawn of City Hall until October 30th.

The designers said it’s a traveling exhibit, which will be in several major cities in the next couple of years.