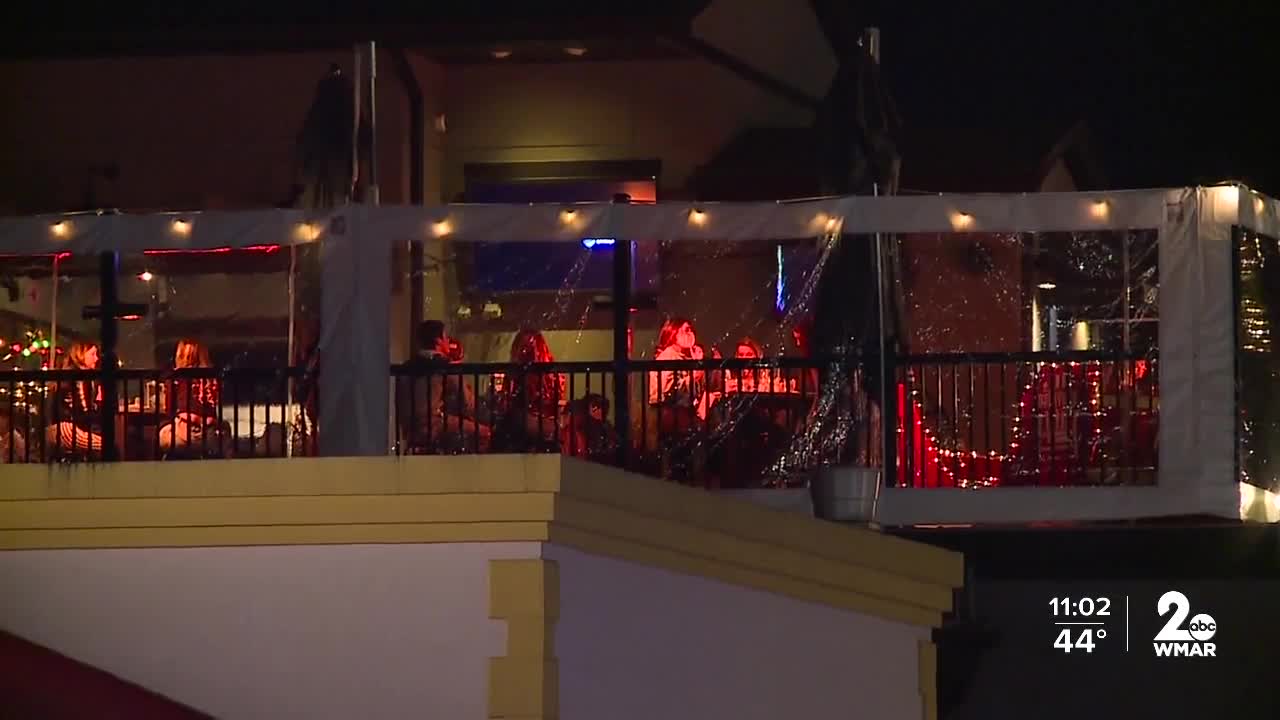 TOWSON, Md. — The business community is once again collateral damage of COVID-19 as cases continue to rise across the state.

Virtually every business in Maryland now has their capacity capped at 50 percent. Bars and restaurants also have to close at 10 p.m. unless they have takeout.

“Everybody has to do their so this is part of it,” said Brian Recher who owns the Towson Tavern and the Rec Room.

Before the new state rules, Recher could stay open until midnight based on Baltimore County’s restrictions.

Recher said he understands the need for new restrictions, but he’s also concerned about how they will affect his staff.

“The 50 percent is OK for us. We have a lot of space. That’s not so much the bad part,” he said. “It’s the closing early part that affects us. It affects business, but it also affects our guys that are working here.”

The positivity rate and hospitalizations are also reaching concerning levels. So far, there’s been nearly 180,000 cases and more than four thousand deaths in Maryland.

If it gets worse, Recher worries the state could force bars and restaurants to close again.

Towson student Tara Maccrone said she supports the restrictions. She said too often, people are not following the rules.

“It’s almost like COVID isn’t a thing,” she said. “A lot of people act like the first wave’s over. It’s not the big talk anymore schools aren’t it’s not like the beginning so we are going to act like nothing.”

The governor said the restrictions will stay in place until further notice.