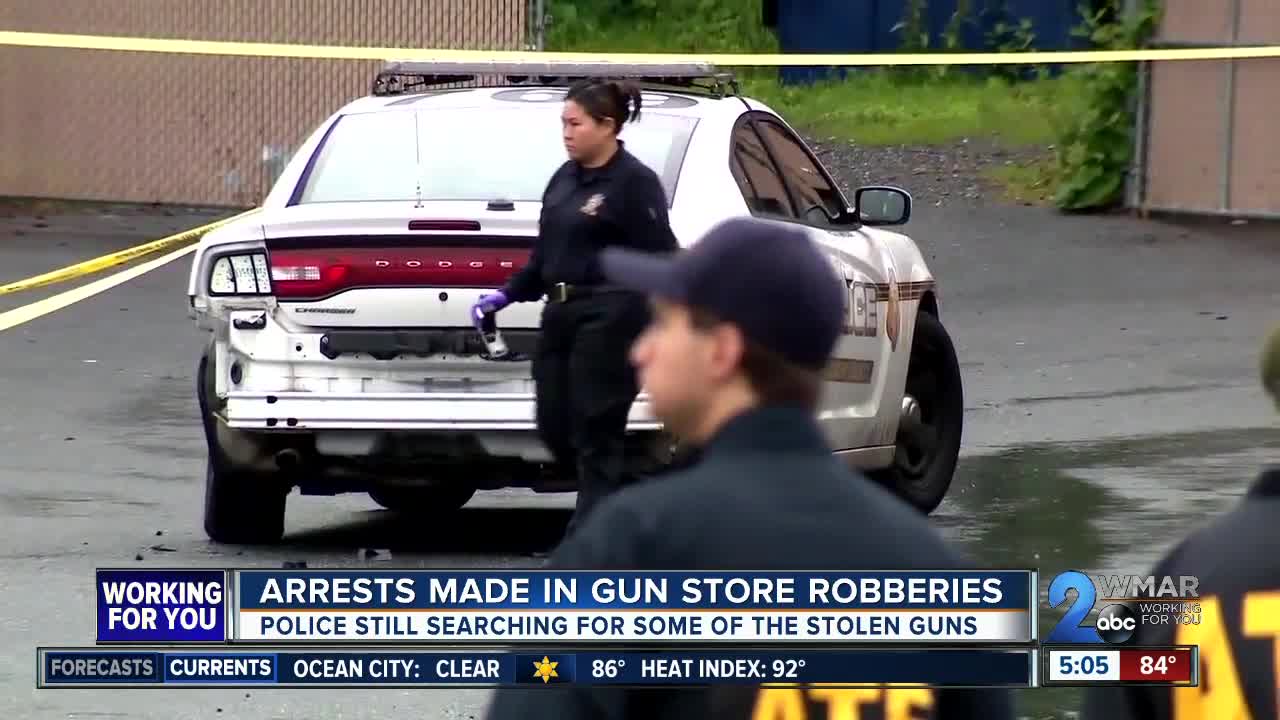 In the past week, two gun shops were broken into that lead to three arrests and found an Annapolis man dead. 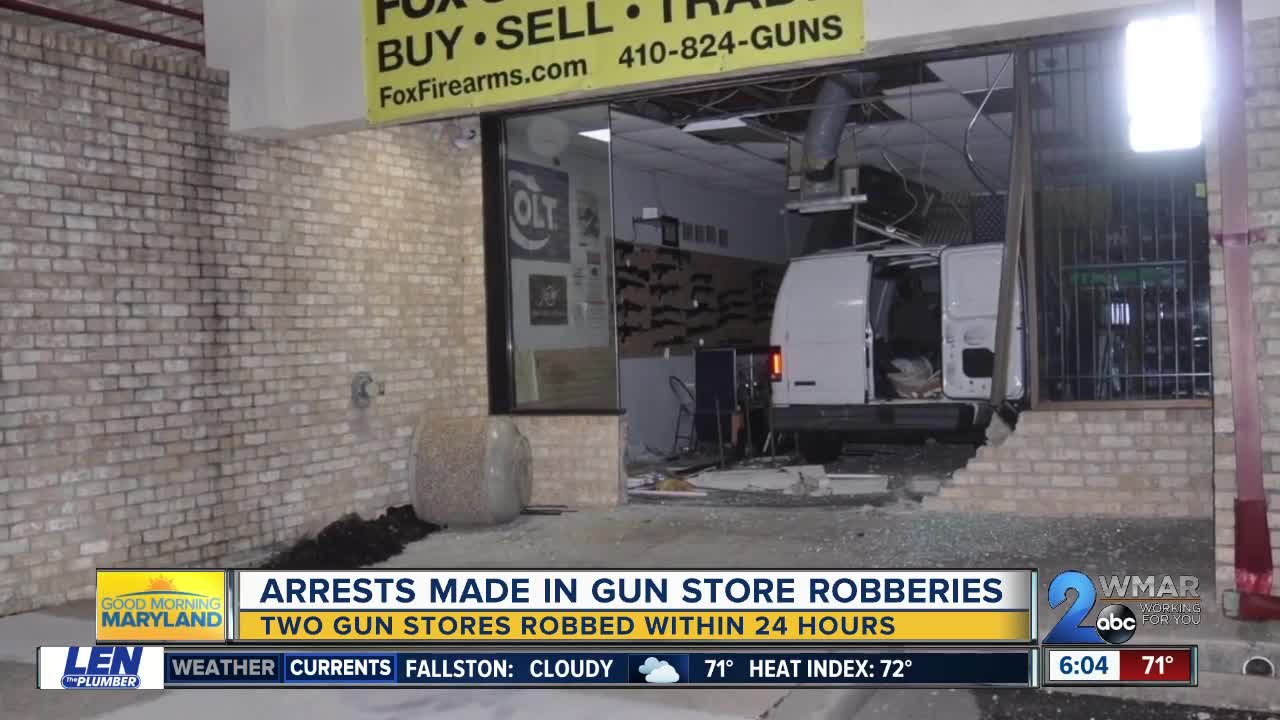 ANNAPOLIS, Md. — In the past week, two gun shops were broken into, eventually resulting in three arrests and the death of a 17 year old from Annapolis.

Police say it all started with a 2:00 morning break in last Tuesday, in Fox's Firearms on Scaggsville Road. A stolen van was driven right through the front door and guns were stolen.

"There were 18 stolen, and 14 are still outstanding," said Sherry Llewellyn, Howard County Police.

A day later in Montgomery County, an alarm went off at the United Gun Shop at 2:30 in the morning. According to charging documents, the owner of the store told the robbers, over a speaker on the security system, he could see them and the police are on the way. They continued with the robbery anyway. Within minutes a 20-year Montgomery County police officer arrived. Police say a white SUV accelerated toward the officer, hit his car and he fired his weapon. The SUV drove on a short ways and four people bailed out.

Police found 17-year-old Marquis Weems of Anne Arundel County dead in the SUV. Police were able to catch three men later on as they were being driven back to Annapolis by 20-year-old Mirakle Smith. She was charged as an accessory after a crime.

Howard County Police were able to connect the two gun store robberies together.

"We found multiple pieces of evidence during the investigation with Montgomery County that led to our Howard County charges including four guns that were stolen from our Howard County store in their possession," said Llewellyn.

"This was a brazen crime and because the M.O. was so similar, we were quickly able to link this crime to the one in Montgomery County," said Llewellyn.