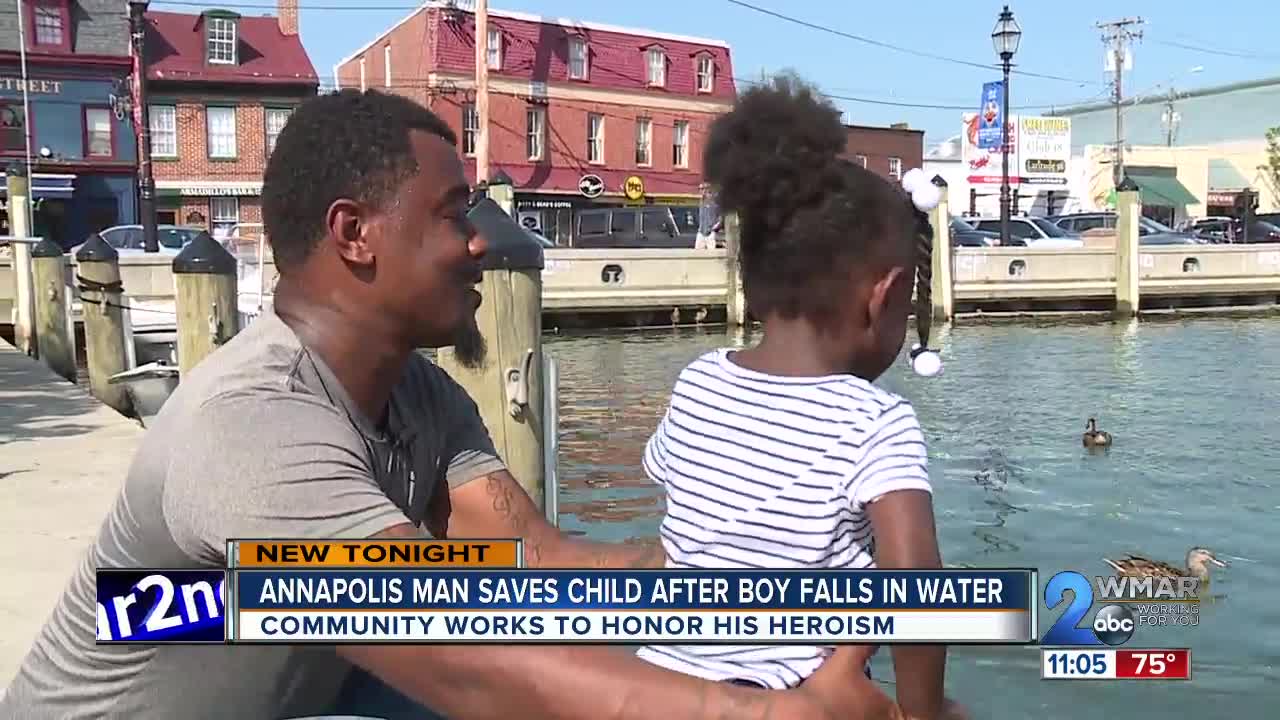 An Annapolis man was with his three-year-old daughter, feeding ducks by the water, when he saw a little boy fall in and jumped in to save him.

ANNAPOLIS, Md. — Darius Green and his 3-year-old daughter, Ryleigh, walk by the water in Annapolis every day and feed the ducks.

On Wednesday, Ryleigh threw colored Goldfish in the water to the ducks. A few days before, on Sunday, she was feeding the ducks Lucky Charms.

Green said a little boy asked to help feed the ducks with his daughter.

"He was just as excited as her," said Green. Then a few minutes later, the boy fell in.

"His mother, she like turned her head for like a second. That’s when the little boy fell in. He was in there for a good two or three seconds," Green said.

Green said he didn't hesitate. He just jumped in to help. Another woman nearby held Ryleigh while he jumped in.

"I heard a splash and before I knew it, this young man jumped in," said Ben Kirby. He was one of many people who witnessed Green's actions. When Kirby got home later that day, he posted the story on Facebook.

"There’s so much negativity going around, especially about young black men with the killings, the robbings, and I wanted this young man to be noticed for this good. In my eyes he’s a hero," Kirby said. "Not taking any thoughts for his life, just considering someone else that needed him."

Green jumped in with his cell phone in his pocket, so Kirby is working to get him a knew one, with help from the community. He's also working with the city to get him an award but Green said he was just happy to help.

Kirby's wife is a nurse and checked the young boy out after he fell in, but the mother took him to the hospital just to be safe. Kirby has been in contact with the mother. She said her son is doing well.