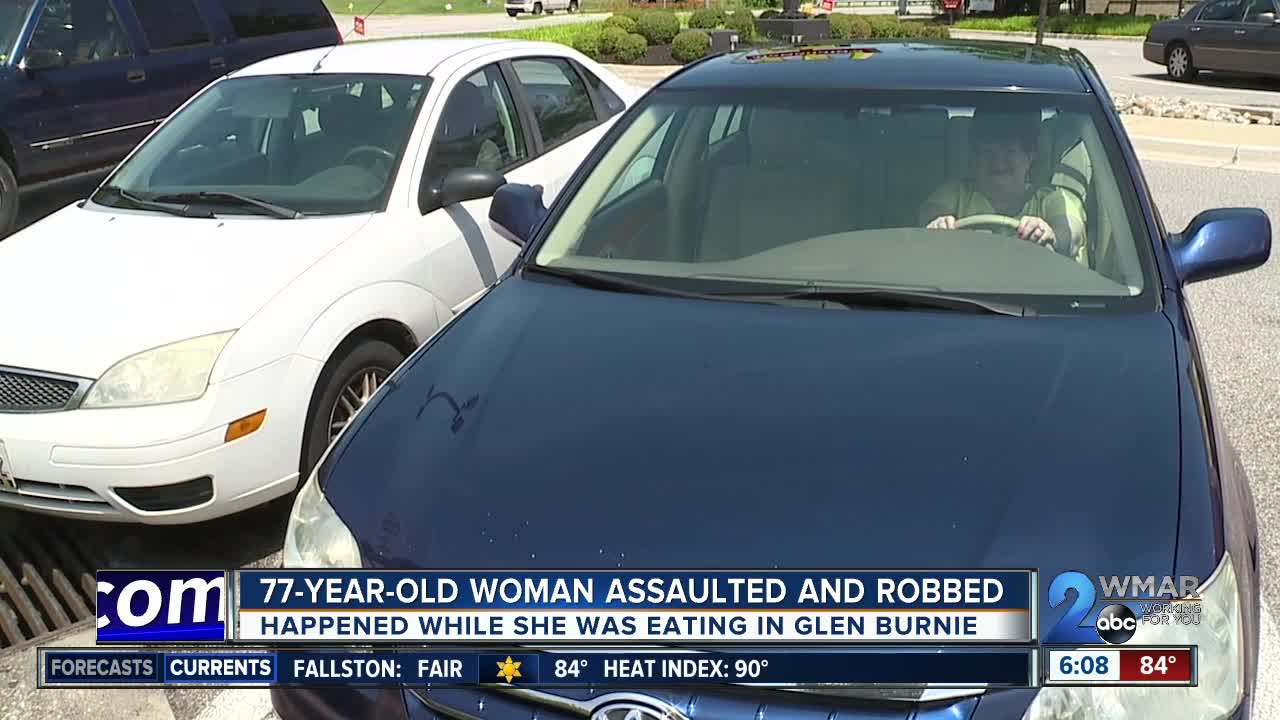 A 77-year-old woman was assaulted and robbed while eating in Glen Burnie.

MILLERSVILLE, Md. — A 77-year-old woman was assaulted and robbed in Glen Burnie while eating a sandwich in her car, and now police have released surveillance photos of the suspect.

County Police say the suspect opened the drivers side door of the car, assaulted the victim and stole her purse before running off. Officials say they have not found the suspect at this time, but have released surveillance photos for the public to help locate the man.

If you know of the whereabouts of the suspect or have information about the incident, Anne Arundel police ask that you contact them at (410) 222-8610.