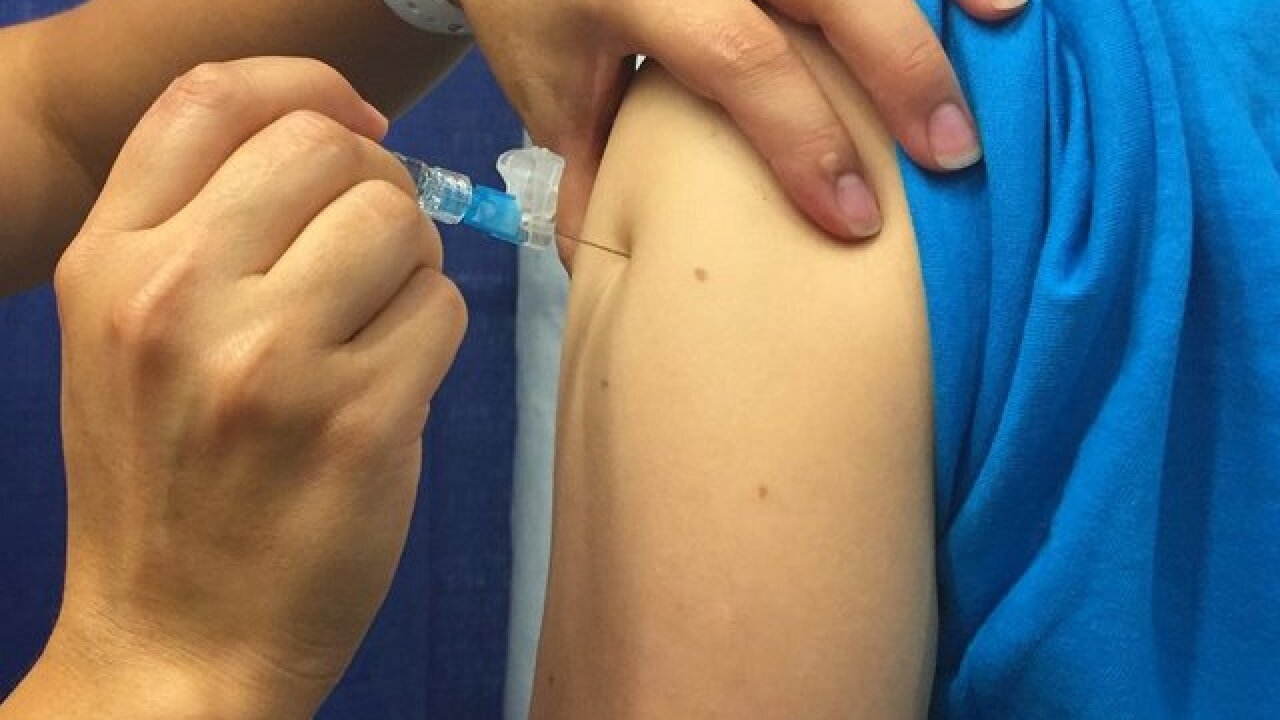 Last weekend, rapper Drake canceled his Miami concerts because he was suffering from a case of the flu, his representatives confirmed. It was a reminder that flu season, which took a big toll last year, is near again.

"We can see influenza all year round –- 12 months out of the year," Dr. Jennifer Ashton said on "Good Morning America." Flu season, when the highest number of illnesses emerge, generally tends to run from October to March in the U.S.

That’s why the Centers for Disease Control and Prevention issues its annual recommendations on the flu vaccine. The agency recommends that everyone 6 months and older should be vaccinated for influenza every season, ideally by the end of October.

Even if that deadline passes, it's still helpful to get vaccinated, especially if influenza continues in the community late in the year. In the past, the virus has hung around as late as May.

After receiving a flu shot, it takes two weeks to develop the antibodies needed to protect against infection. This means it's best to get the vaccine before flu season begins to have full immune benefits.

Since the flu virus changes year to year, the vaccine changes, as well. So last year's flu shot doesn’t carry over to this season. These fluctuations make it hard to predict how bad the flu will be. This was evidenced last year, with one circulating strain of the flu, H3N2, poorly matched with the vaccine.

Although the vaccine can be imperfect, it is the best defense we have as we continue to make advancements in the field.

"There’s a new flu vaccine out now; it’s made based on predictions of what this year’s strains will be," Ashton said, "so you do need to get it this fall.”

With some pharmacies stocking and administering the vaccine in the summer months, questions have emerged about how early is too early to get a shot.

"There’s a little bit of controversy now in the medical literature," Ashton said. "If you get it too early, does our immune protection wane by the end of the flu season?”

Useful protection for the year has been shown in healthy adults in the 18 to 49 age range. Although there are concerns that adults age 65 and older are more likely to have waning protection over time, research shows antibodies are still present in high levels six months after the shot, and, more importantly, even these lower levels of antibodies help prevent the flu.

Influenza is a serious infection that kills many each year and older adults and young children are particularly vulnerable. This is why most health officials will agree that receiving a flu shot, even if its early, is much better than no flu shot at all.

Now that the end of September is here, it's definitely a good time to get vaccinated for flu season.