"Vote for them": Campaign hopes to galvanize Black voters 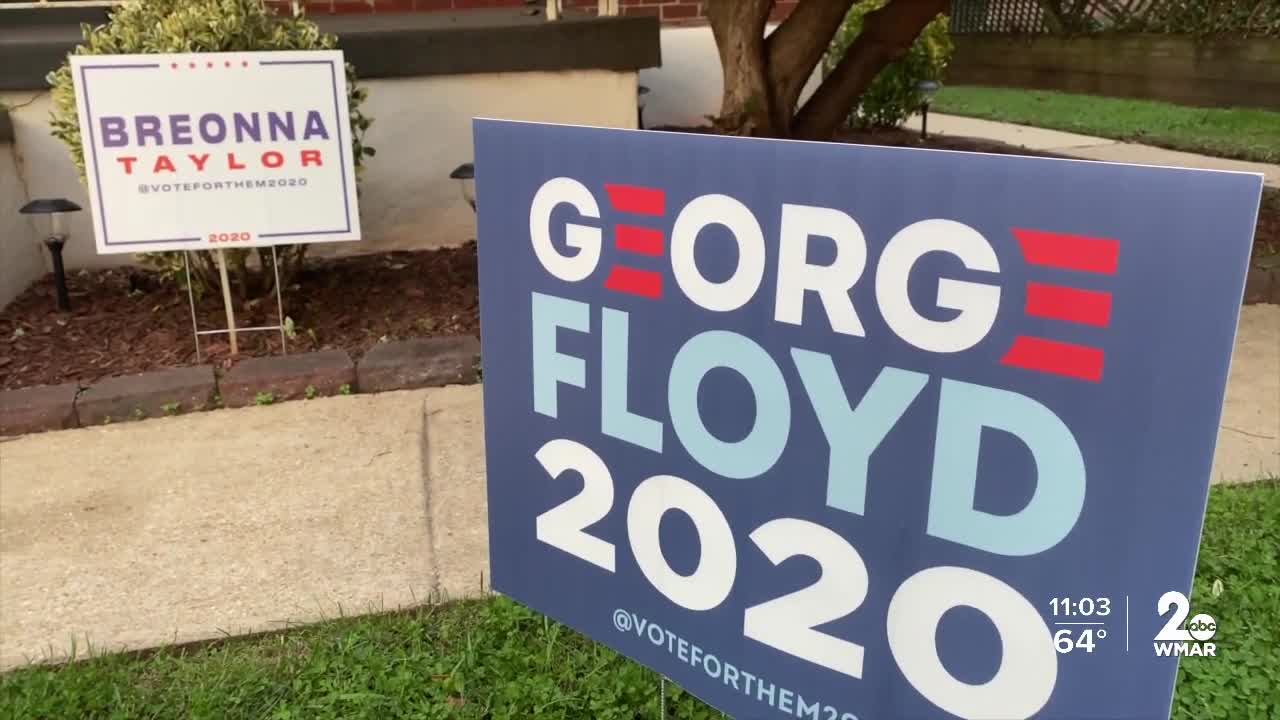 Say their names. It’s been a rallying cry for protesters, marching for change for months.

It’s been a rallying cry for protesters, marching for change for months.

The protests sparked by the deaths of George Floyd, Breonna Taylor and others. But an organization now wants you to see their names too, using election yard signs with the names of police brutality victims on them to raise awareness about the issue.

“The relationship between law enforcement and communities of color share in this country is not acceptable,” said Glenn Singleton, who is the founder of the Courageous Conversation Global Foundation, the organization behind the signs.

Singleton, who is also from Baltimore, said the signs are a part of a campaign called “Vote for Them”.

“Signs go away as election signs, but these names have to continue to be resonating in our minds and in our spirits that this is an issue and it can be you and it can be me and we need to address it that way until that’s the not issue anymore,” he said.

Singleton said the campaign is also hoping to galvanize Black Americans to vote.

“We need to exercise that vote for all of the people that have lost their lives trying to bring about these racial justice issues in this country,” he said.

Carleen Watson visited her neighbor’s yard, who has the signs. She couldn’t hold back her emotions when she saw them.

“It should not happen,” she said as she fought back tears. “These names represent hurt…we need change. We need change.”

Singleton said the Black community should channel that pain and go to the polls. Because, he said the best step to a path forward is voting.

“While I’m not happy that people have to wait for hours on hours, what i do know is that until we vote, we don’t really have a place at the table,” he said.

He also said the signs have been controversial in neighborhoods, forcing people to remove them and take them inside of their homes.

The response is more reason Singleton hopes the signs will also be the start of a process that will bring people together.