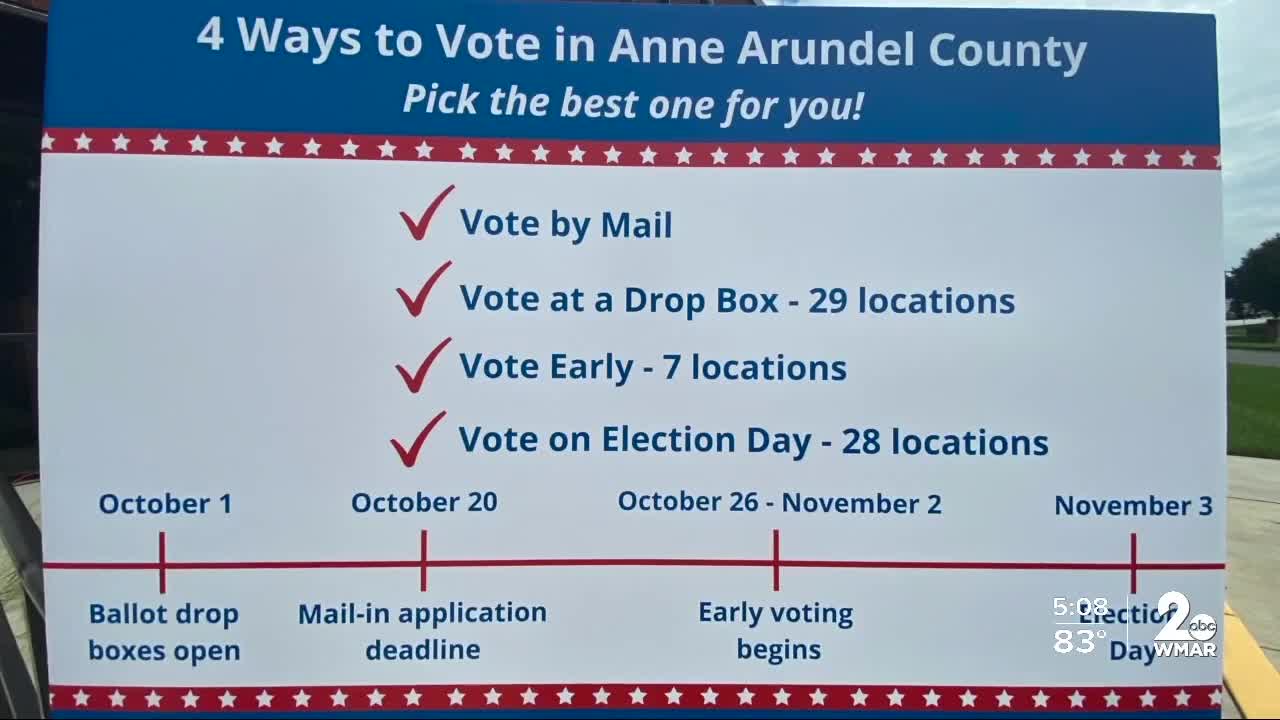 Expecting an 85 percent voter turnout which equates to around 337,500 voters, the county Boards of Education and Elections are partnering to open 25 schools as voting centers along with three other locations.

Seven of those sites will open for early voting, starting on October 26.

Beginning on October 1 -- ballot drop boxes will be made available at all 28 voting locations and at the Board of Elections office in Glen Burnie.

Drop boxes will be monitored 24-hours a day by security and video surveillance.

“We started planning for a record-setting turnout a year ago,” said Pittman. “When the pandemic arrived we staged a successful mail-in election for the primary. The Governor is not allowing that for the general election, and now the President is telling us that the Postal Service may not be able to deliver our ballots. We must protect not only the health of our residents, but also the right of our people to vote."

Hogan directed the State Board of Elections to send each eligible voter an application for an absentee ballot. Elections Administrator Linda Lamone has said all of those should be mailed out by the end of August.

An absentee ballot can be requested up until October 20, by clicking here.

Statewide, the board voted to open 282 in person polling locations, including 80 for early voting starting October 29, and 127 drop boxes.

A full list of Anne Arundel County voting places can be found below.

For more information on voting in the county, check out their new one stop portal here.