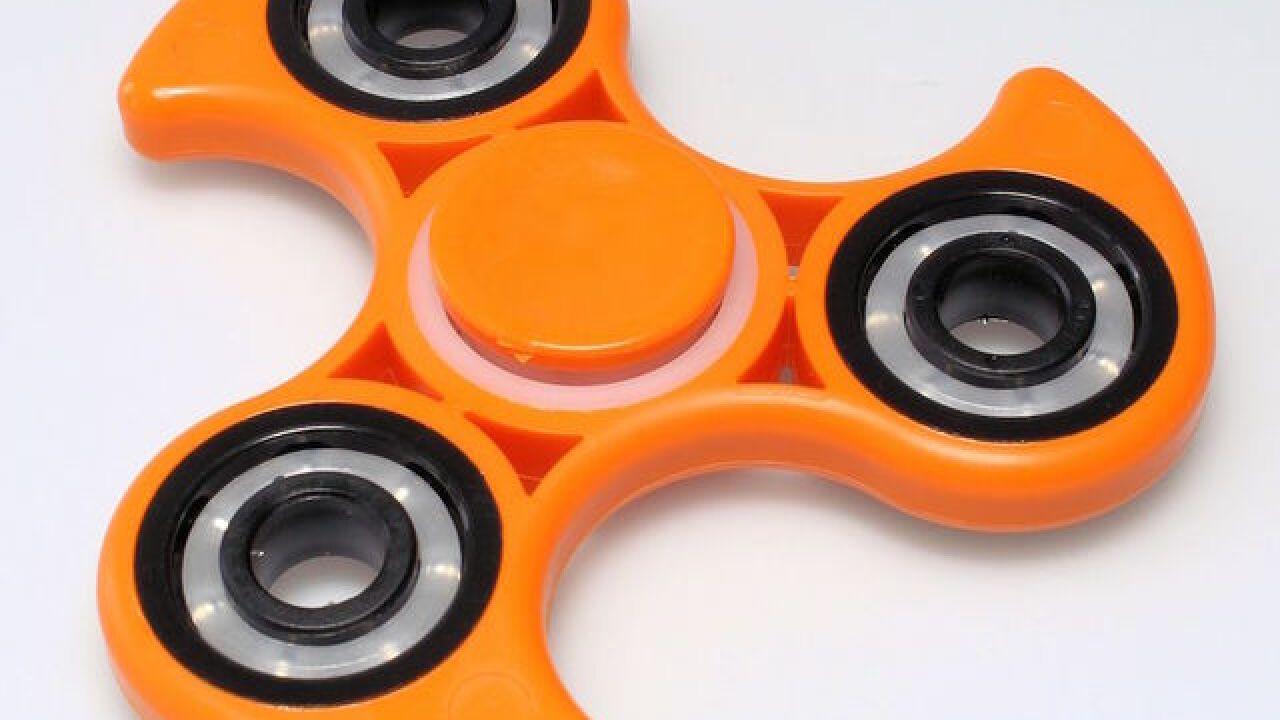 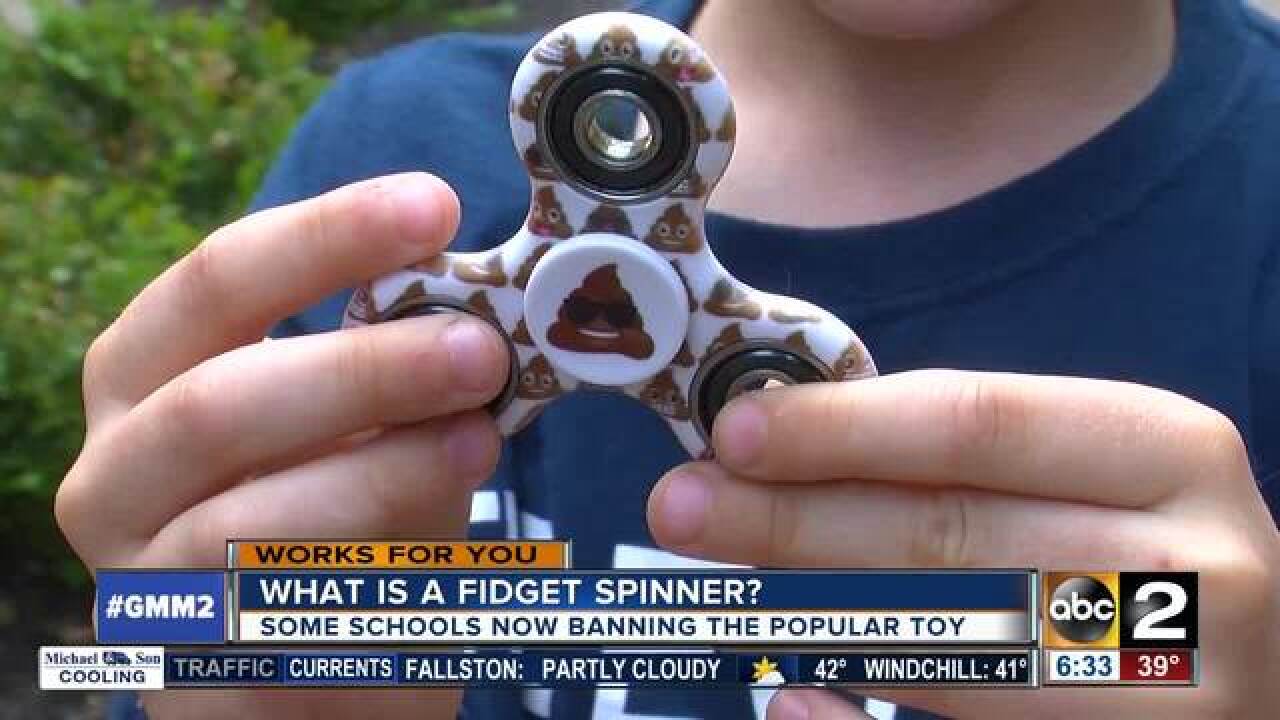 The toy that just about every kid is asking for right now fits in your child's hand.  Or -- usually -- between a finger and thumb.

The “fidget spinner” was originally designed to help kids with ADHD to focus – by giving them something to do with their hands.

Shananigans Toy Store in Roland Park was sold out for much of last week.  The arrival of a new shipment meant a crowded store and a long line at the checkout.  “The supply is just not meeting the demand,” said store owner Flora Stelzer.  “I've never seen anything go so fast. It picked up really quickly.”

“Most of the kids in my school have one,” Cooper said.

“They're getting their energy out with their hands so they can focus on the teacher,” Dr. Krugman said.

Now, apparently, kids who don't have ADHD have noticed the objects their friends were using, and decided they want to start spinning too.

“What's surprising is that a mini-device that seems to be effective for kids with adhd and autism is now mainstreamed,” Dr. Krugman said.

But today’s craze can quickly turn into tomorrow’s fad.  Even Cooper Grabowski, who just got his, nows that day is coming:

“It's the same thing with Pokemon games because every year they make a new one and every time a new one comes out everyone just forgets about the last one,” he said.

ABC-2 News has heard of some individual schools in our area that have banned fidget spinners.

So far, spokesmen for the Baltimore County and Anne Arundel County Public School systems say so far they haven't had enough problems to issue any kind of district-wide directive.

If a child has a plan with their doctor and their school to deal with ADHD or other disorders, which includes a distraction device, they say they their systems would comply with those plans.