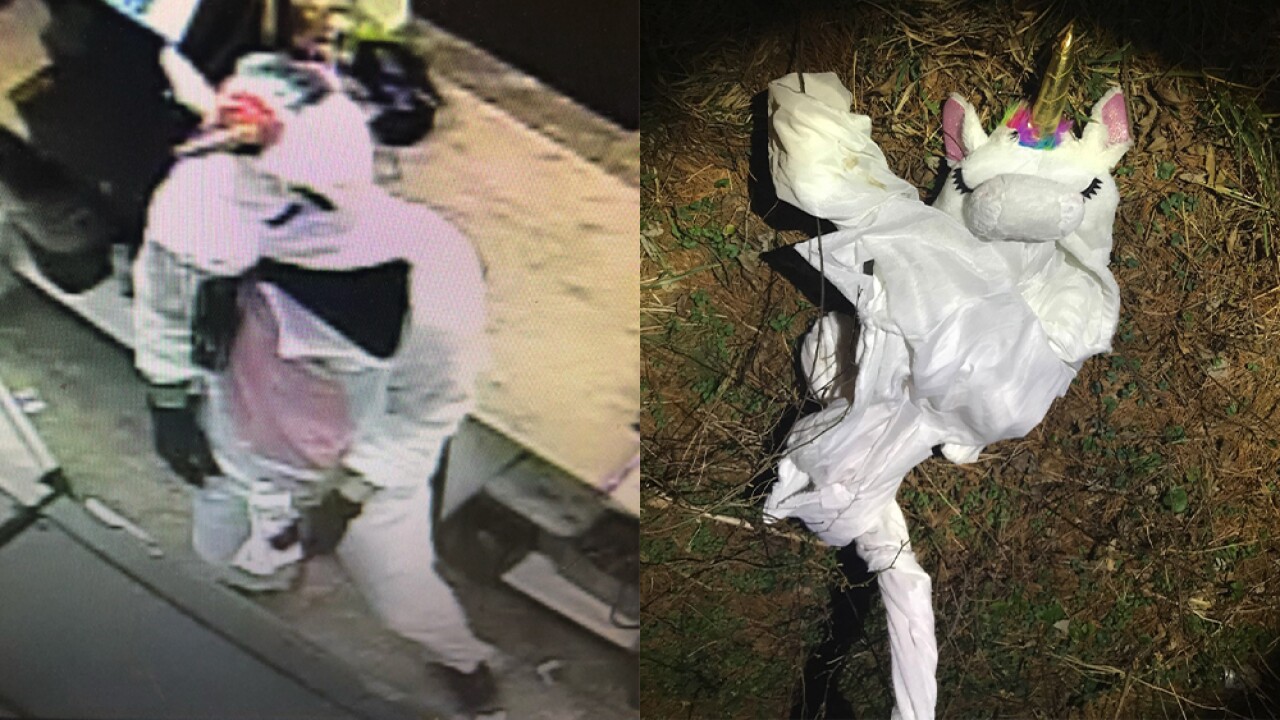 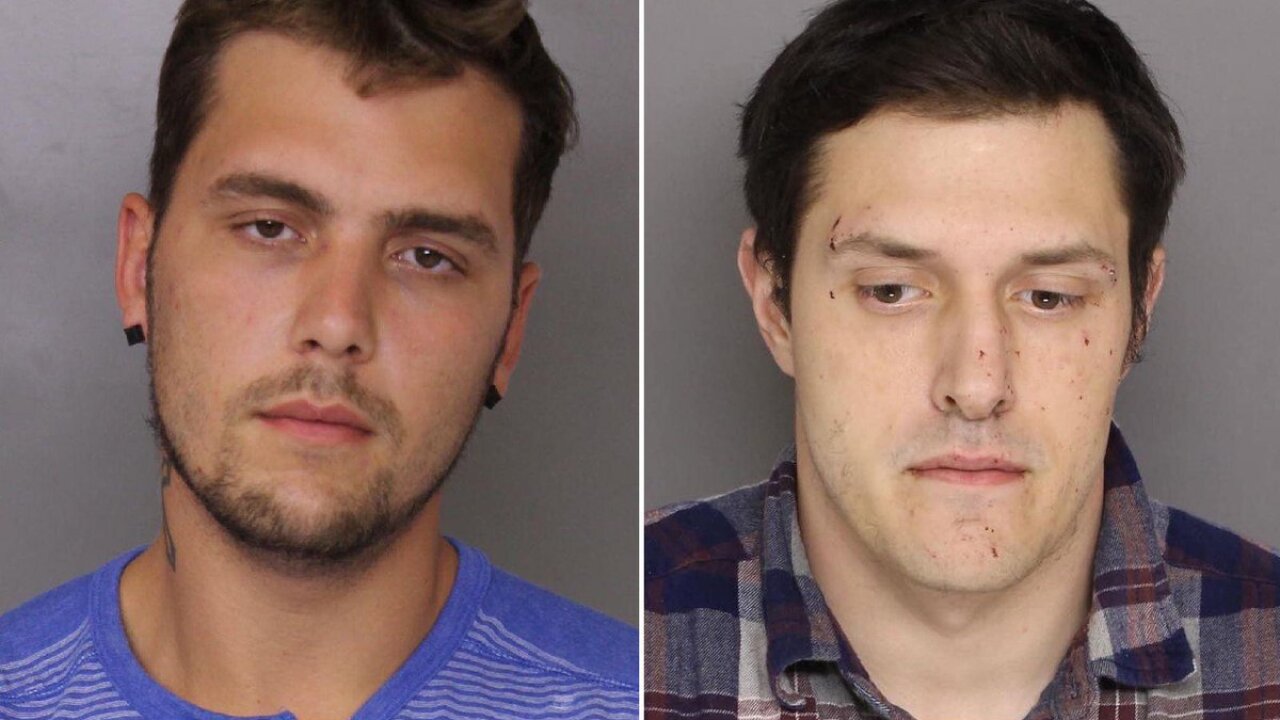 BALDWIN, Md. (WMAR) — Police have charged a man who allegedly robbed a High's store over the weekend in a unicorn costume.

Rogge reportedly entered the store in the 13500 block of Long Green Pike on Saturday morning, dressed as a white and pink unicorn and wielding a crowbar. Police say he smashed a cash register and stole money and cigarettes before taking off in a silver Hyundai Elantra driven by Svezzese.

Officers responding to the robbery actually passed the fleeing vehicle, but by the time they turned around to pursue it, the suspects had already lost control. The car crashed into mailboxes, a BGE pole, and a boulder which caused it to strike a tree on Manor Road near Sweet Air Road.

Both suspects were transported to area hospitals. Svezzese has since been released and is being held without bond pending a bail review hearing. Rogge remains hospitalized in serious condition, and has already been denied bail. He now faces multiple charges including armed robbery, robbery, first and second degree assault, theft, and destruction of property.

Police say evidence at the scene of the crash linked the two suspects to the robbery. They were also able to recover the unicorn costume from some bushes after the suspects initially discarded it off a side road.