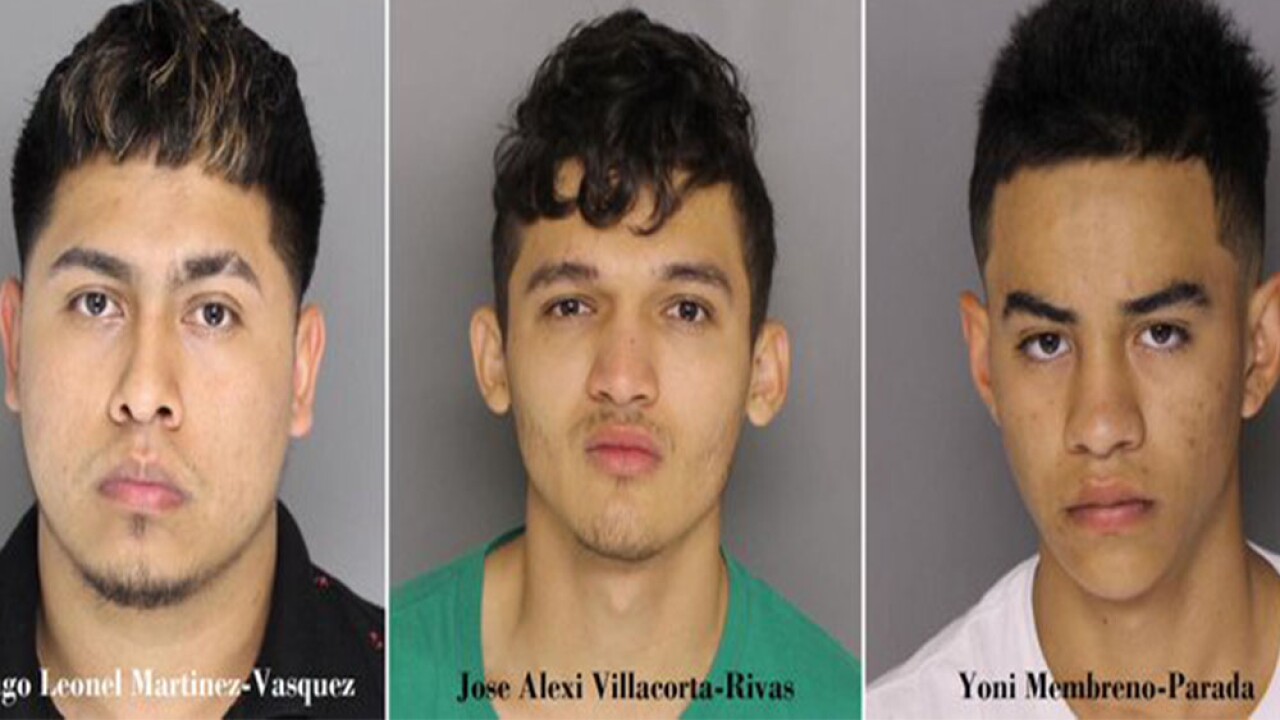 TOWSON, Md. (WMAR) — Three more MS-13 gang members have been charged in the July 31 murder of Daniel Alvarado Cuellar outside a Towson apartment complex, bringing the total number of suspects to 10.

Each is being held without bail, along with seven other MS-13 gang members below, who have already been arrested in connection to the killing.

U.S. Immigration and Customs Enforcement has placed detainers on six of the seven, who are in the United States illegally. Five are from El Salvador and one is from Mexico.

It's unclear if the newly arrested suspects are in the U.S. legally.

Cuellar was originally found lying dead outside near an apartment complex in the 8400 block of Loch Raven Boulevard at 3:30 in the morning.

An autopsy later found that he was killed by "multiple sharp force injuries".

Charging documents revealed the suspects were watching Cuellar and decided the day before to kill him, because he was making a hand gesture affiliating him with another gang.