Officials say they're in the U.S. illegally 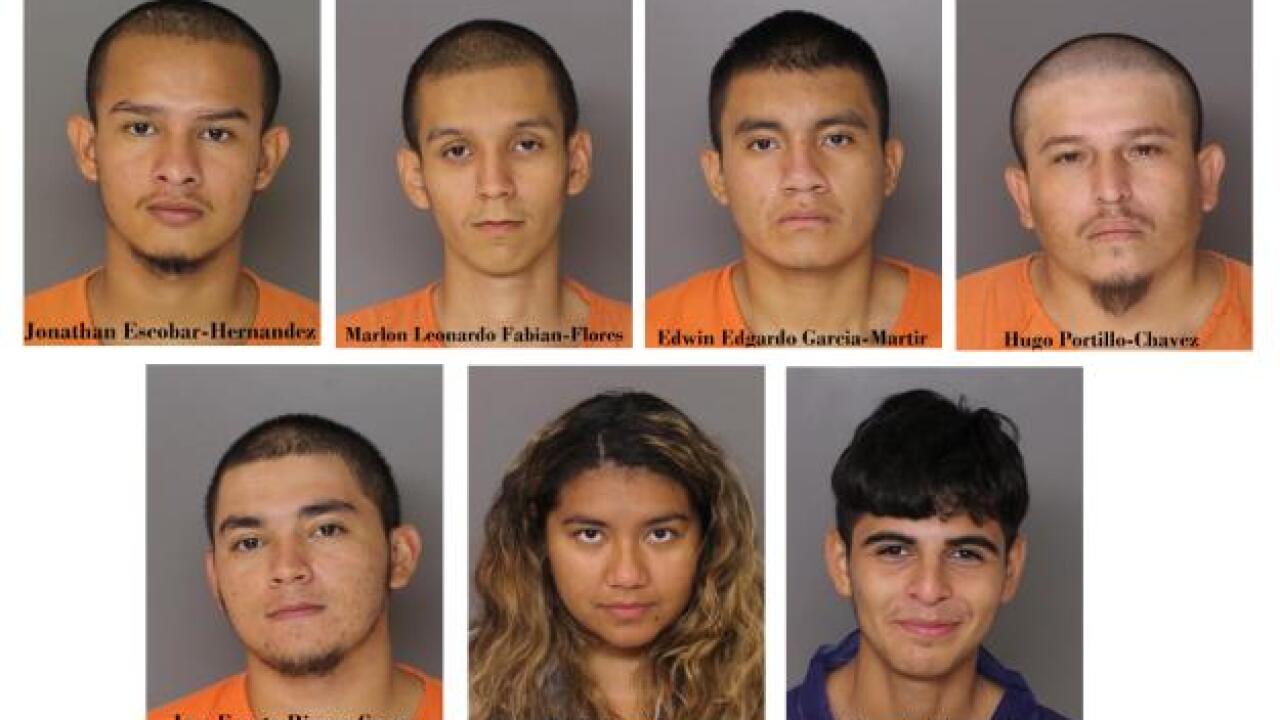 ICE says all six suspects are in the United States illegally. Five are from El Salvador and one is from Mexico.

Baltimore County Police say the below individuals are being held without bail at the Baltimore County Detention Center, including 16-year-old Leonel Alexander Velasquez-Hernadez who's being charged as an adult.

According to ICE officials, it's not believed any of the suspects had any past detainers.

ICE declined to say which one of the seven suspects is legally in the States.

Cuellar was originally found lying dead outside near an apartment complex in the 8400 block of Loch Raven Boulevard at 3:30 in the morning.

An autopsy later found that he was killed by "multiple sharp force injuries".

Charging documents revealed the suspects were watching Cuellar and decided the day before to kill him, because he was making a hand gesture affiliating him with another gang.