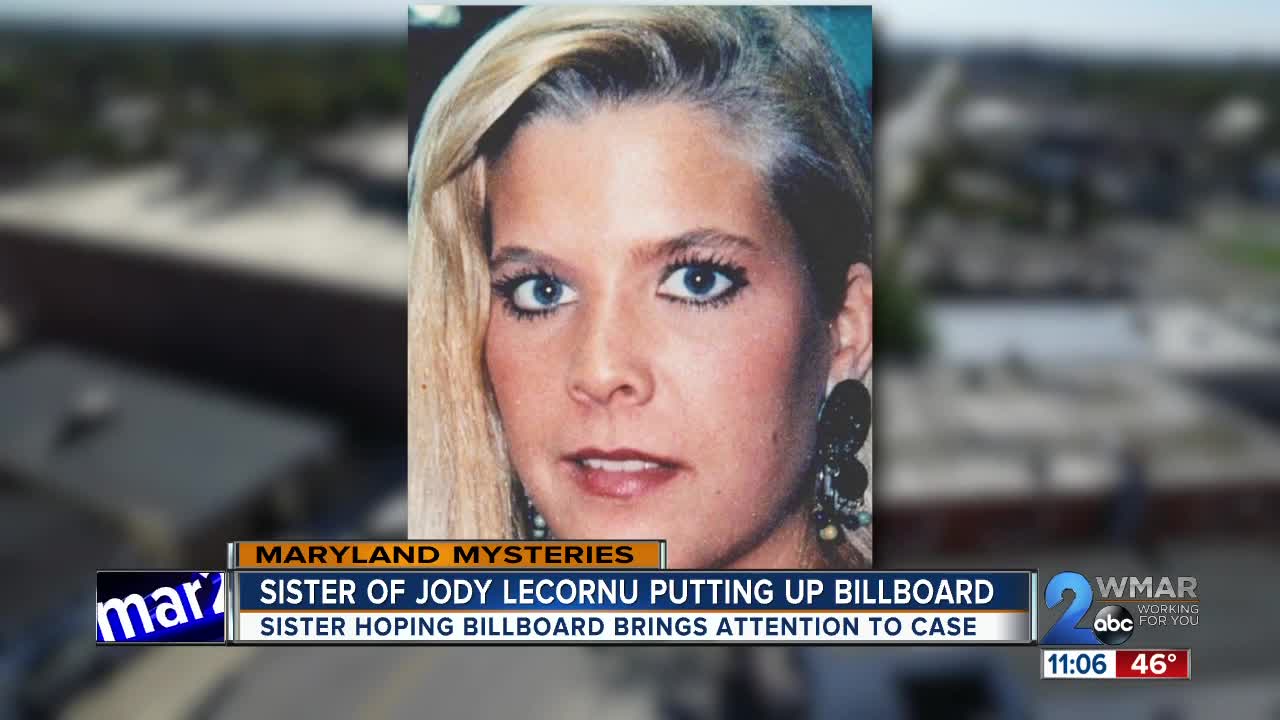 Jenny Carrieri is posting a billboard to find her sister's killer. Jody LeCornu was killed in March 1996. 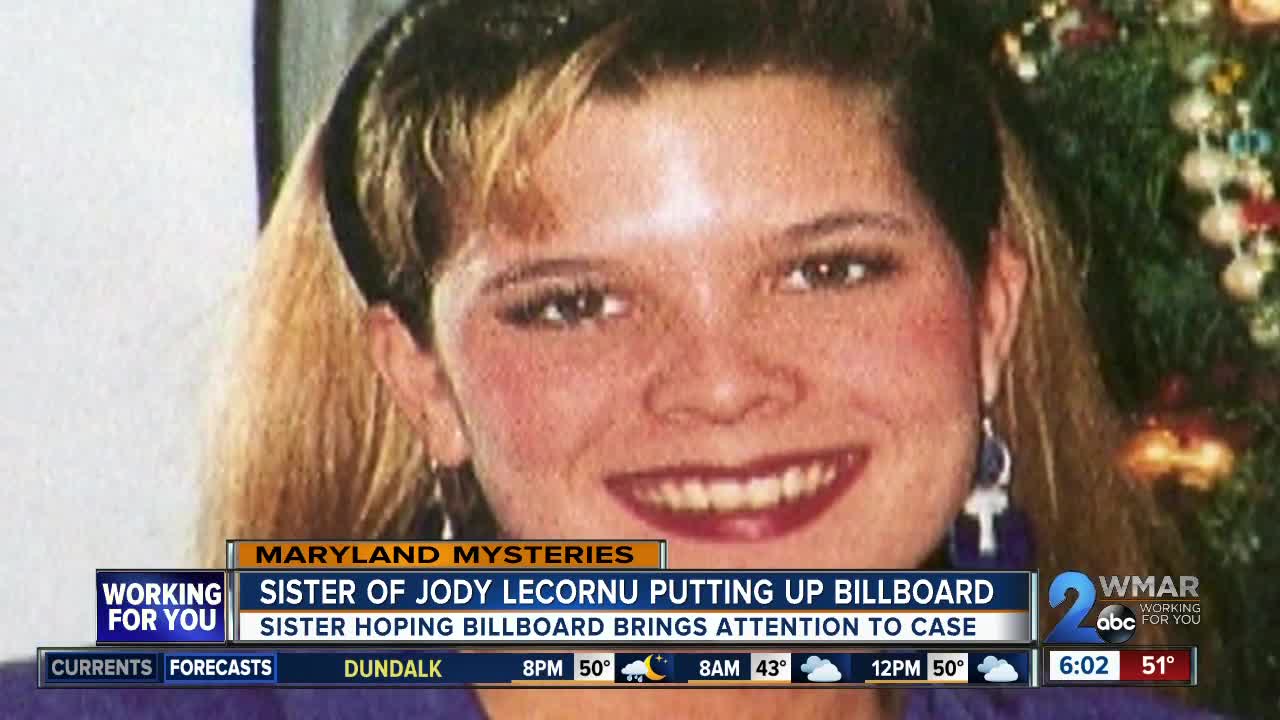 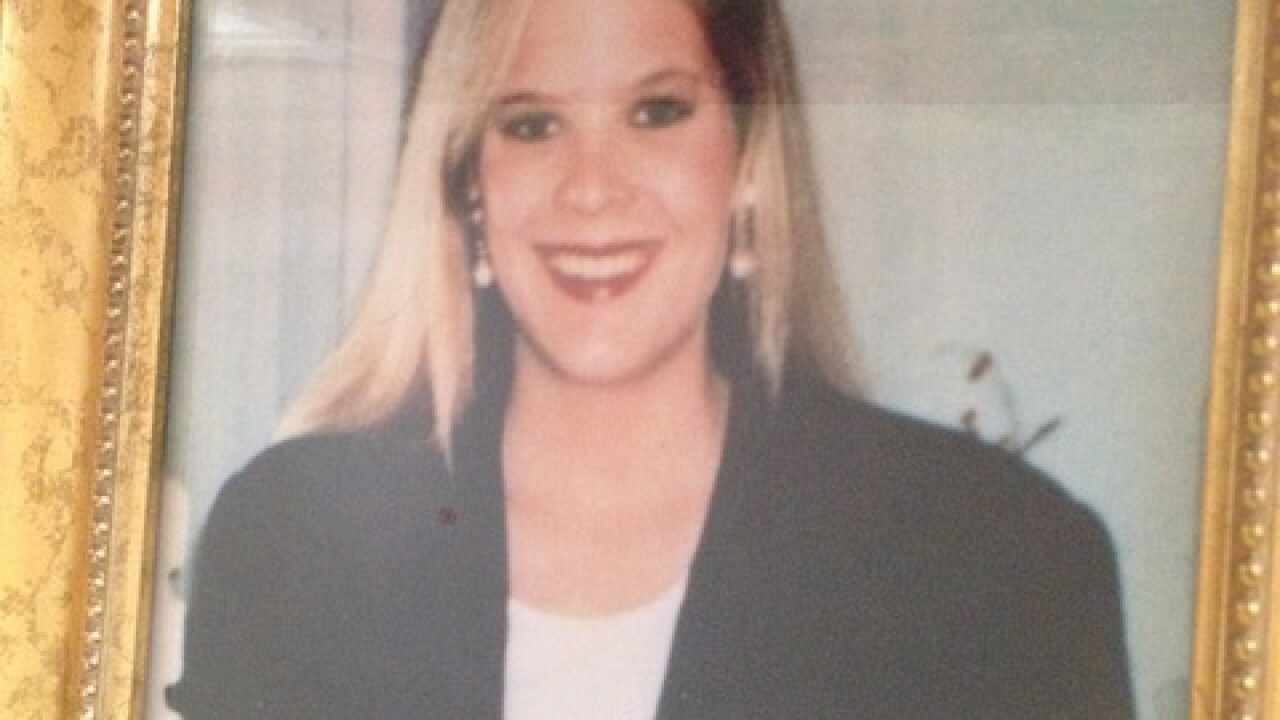 Less than a mile away from where her sister took her final breath, Jenny Carrieri is ready to try something big.

"I've seen it online, but this is the first time [I'm seeing where it is]. It's exciting," Carrieri said.

For months, she has been working with Metro Crime Stopper for perfect placement for a billboard asking for help to find a killer.

Jenny's identical twin sister, Jody LeCornu, was shot and killed down the street from the billboard on March 2, 1996.

"I just feel like there's people that know something and I feel that this being out there on York Road -- it will just get so much more exposure," Carrieri said.

Investigators say 23-year-old LeCornu was sitting in her car in the parking lot of the Drumcastle Shopping Center on York Road when someone shot Jody in the back.

The Towson University student managed to drive across the street but didn't get far.

Detectives know whoever shot Jody followed her and took something her car before driving off.

They have witnesses, surveillance videos, fingerprints, even a description of the shooter and the car -- still not enough to put anyone in jail.

"We were together our whole lives, I mean we were inseparable: we shared the same rooms, the same classes, the same friends. It's just like part of me has died," Carrieri said.

For Jenny, it's a never-ending nightmare -- one that's caused her to lose sleep on what's now a personal mission to invest her time, energy, and resources on finding who took her twin sister away.

"We wanted to get it close to where she was killed and just hoping to get -- I mean my goal is to continue to keep her story out there and what a better thing to do than the billboard," Carrieri said.