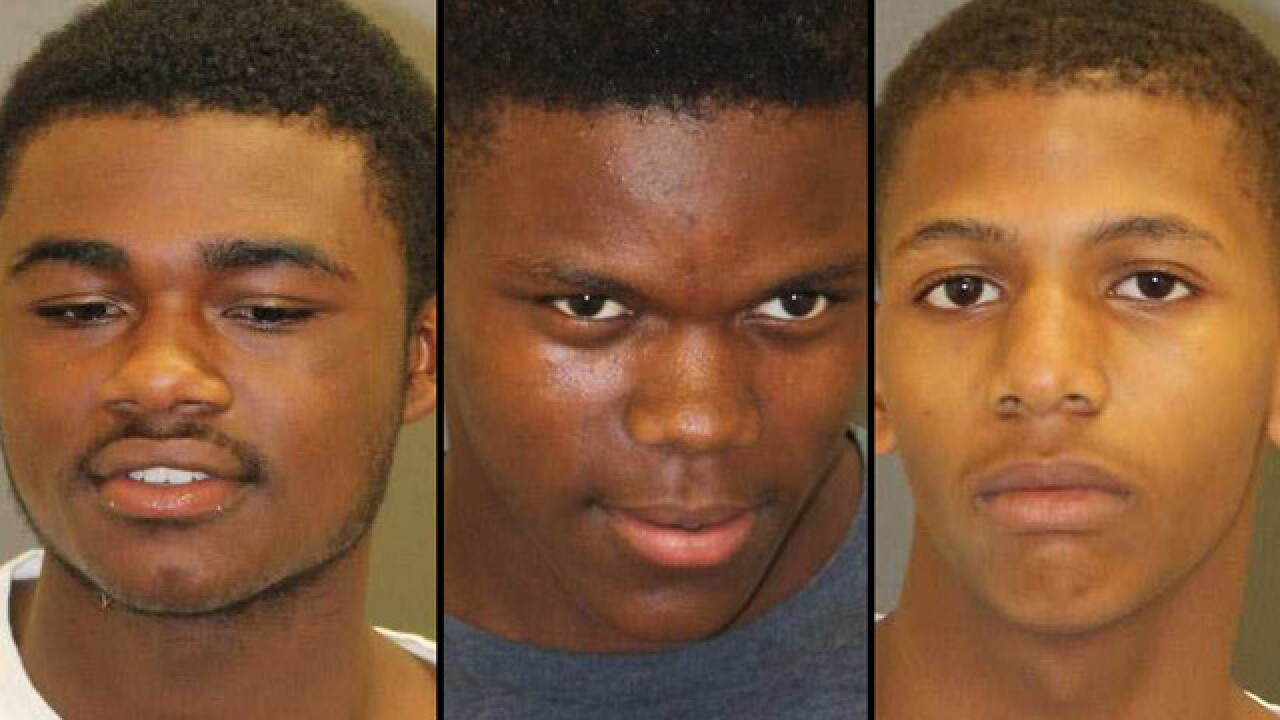 Three 17-year-olds are accused of robbing a man in Baltimore City, driving off in a stolen car, and then crashing during a police chase in Howard County have been identified.

Police say the teens robbed a 50-year-old man in the 800 block of Stamford Road around 5:00 a.m. on Thursday. Only 30 minutes later those same teens were involved in a police chase with Howard County Police, ending in a crash on I-95.

It is unclear if the three teens made off with anything but they did flee in a truck detectives say was stolen from south Baltimore back on Monday. It is a pattern Baltimore Police say is familiar and will be investigating to see if the three teens are responsible for other recent crimes.