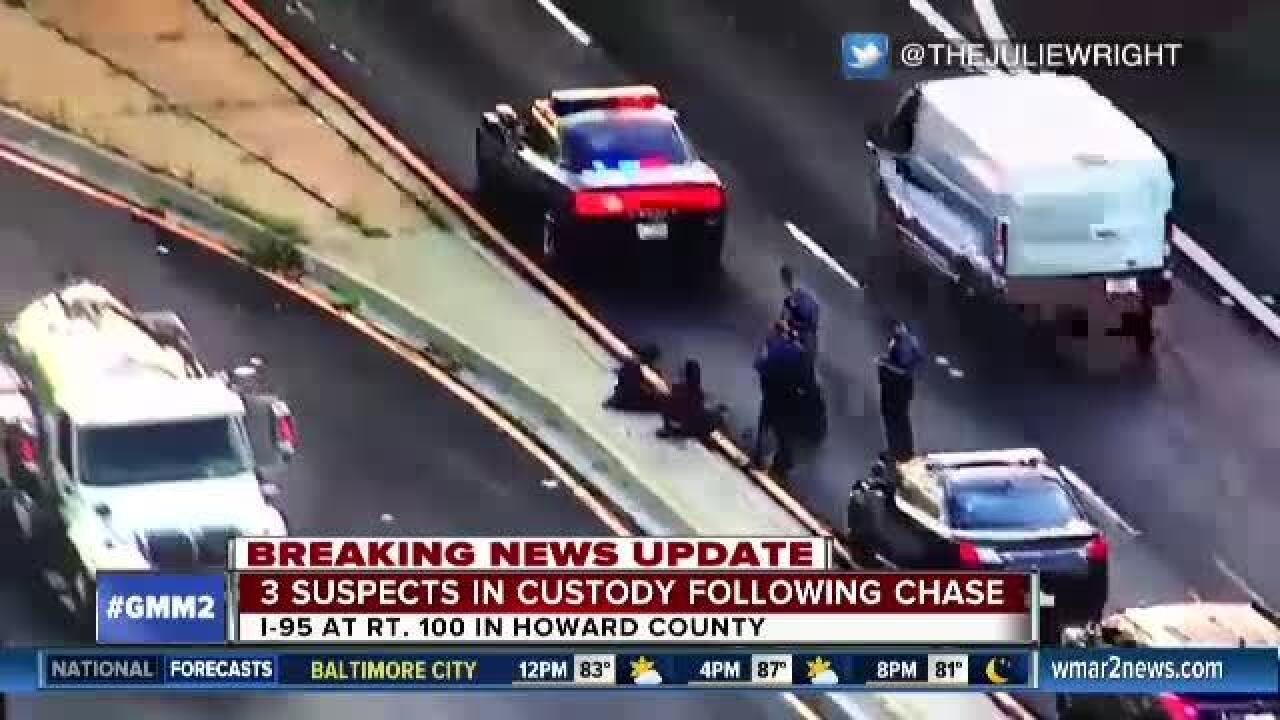 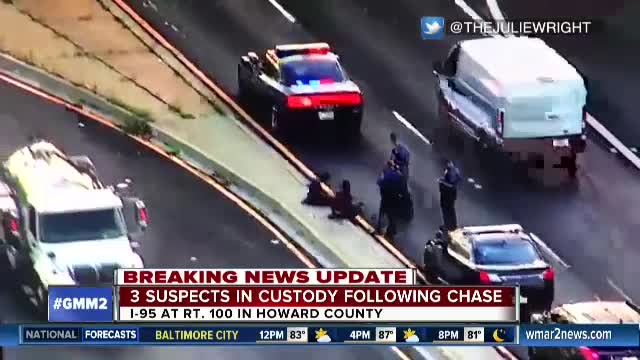 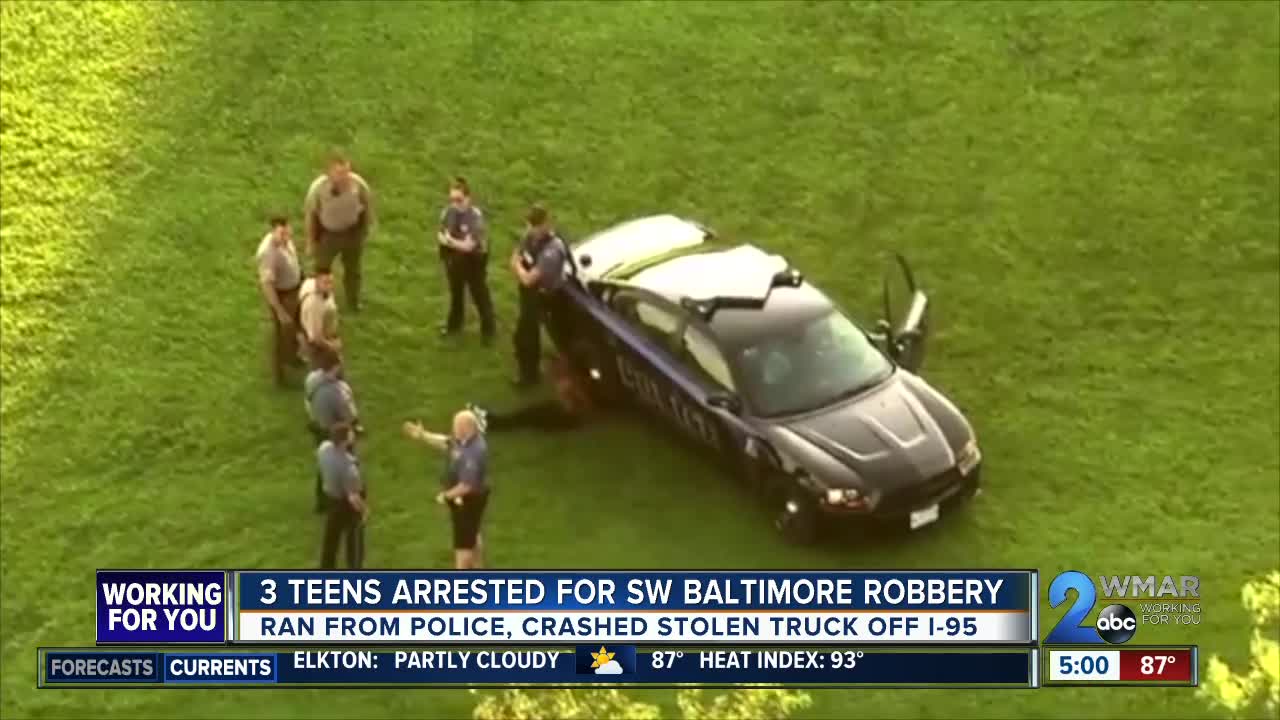 It is pretty dramatic video as the sun was just starting to come up on a Thursday morning commute in the Baltimore/Washington metro, on 95 southbound as Howard County Police tried to make a stop and then had to pursue three teenagers in a stolen F-150 when they sped off.

The group crashed out on the Route 100 exit ramp.

In the video you can see two of the suspects handcuffed and sitting on the median, the third in a field as all three originally bailed from the wrecked-out truck but were quickly caught.

"This was a collective effort to get these bad guys in custody where everyone came and got involved in this. Maryland state police, Baltimore County Police, Howard County Police," said Baltimore Police Chief T. J. Smith.

Baltimore Police says it all started with a robbery in the West Hills neighborhood of Southwest Baltimore.

On Stamford Road is where police say those three teens used a gun to rob a 50-year-old man.

It is unclear if the three teens made off with anything but they did flee in a truck detectives say was stolen from south Baltimore back on Monday.

It is a pattern Baltimore Police say is familiar and will be investigating to see if the three teens are responsible for other recent crimes.