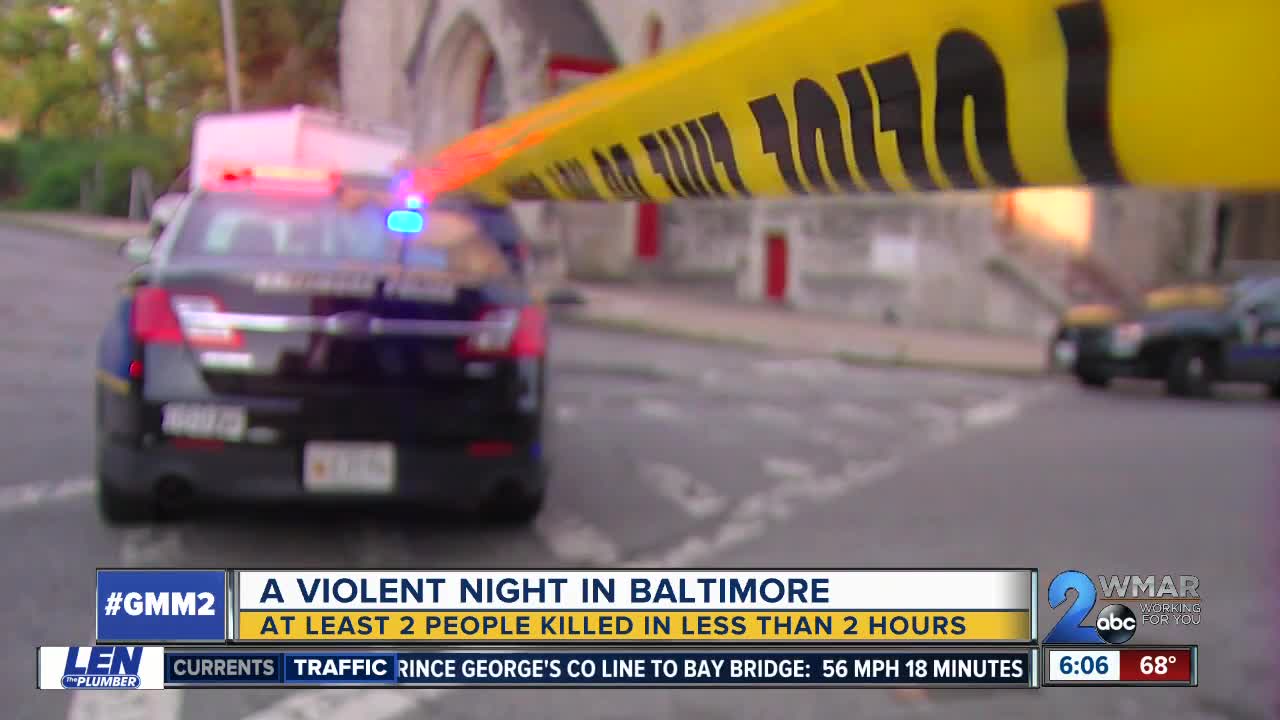 Three people were shot and killed in less than three hours Wednesday in Baltimore. 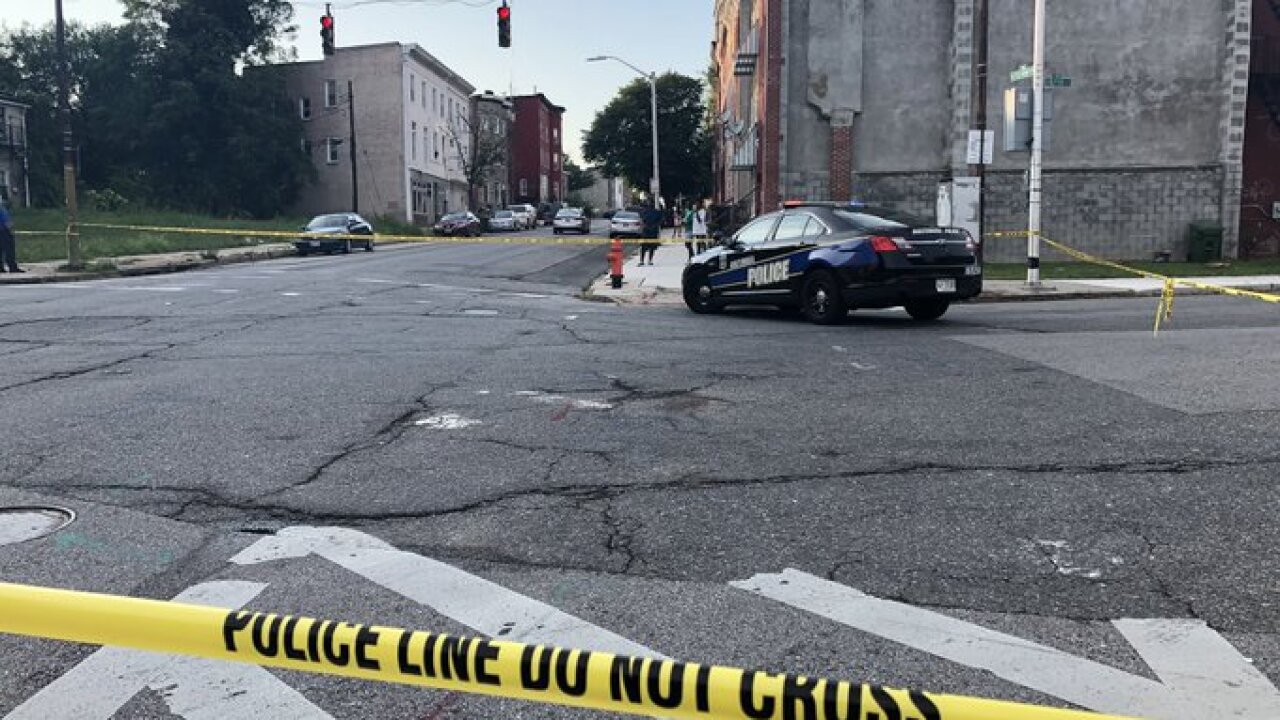 BALTIMORE — Three people were shot and killed in less than two hours Wednesday in Baltimore.

The first of the three incidents happened around 7:30 p.m. in the 900 block of E. 41st Street in Northeast Baltimore.

He was transported to a hospital where he was pronounced dead.

Investigators later recovered a handgun from the victim's pants.

On Aug. 13, police identified the victim as 24-year-old Chianti Barber.

Nearly an hour and a half later gunshots rang out in the 2700 block of Cylburn Avenue.

There officers located a man shot. The victim later died at a hospital.

On Aug. 13, police identified the victim as 23-year-old Devin Rogers.

Around 15 minutes after that, officers in the Western District raced to the 1100 block of Mosher Street, where a 24-year-old man had been shot. He too later died at a hospital.

The victim's age was later revised to 39, as police identified him as Charles Jeffreys.

Just over an hour before, police had the area nearby blocked off after an officer fired at a suspect seen shooting at someone inside a car. That shooting happened on North Fremont Avenue.

"Police shooting. They shooting. It's just out of control," said Sidonie Fitzhugh, who's lived in the area for 32 years. "They don’t care no more. If they doing this in broad daylight, they’re being very bold."

She said things are getting dangerous.

"We need to come together as a people and watch out for each other as our neighbors," Fitzhugh said.

"We from around here. My kids go up and down the street and play," said Slim Chaser. "This right here is a community, a church right there, two day cares."

He has seven kids and was just happy none of them were outside at the time of the shooting.

"it’s gotta stop. It’s got to. If it don’t? Then what?" Chaser said. "It’s time to step up, we men trying to step up. Sometimes you can talk about it not shoot about it."

No arrests have been made in any of the night's incidents.