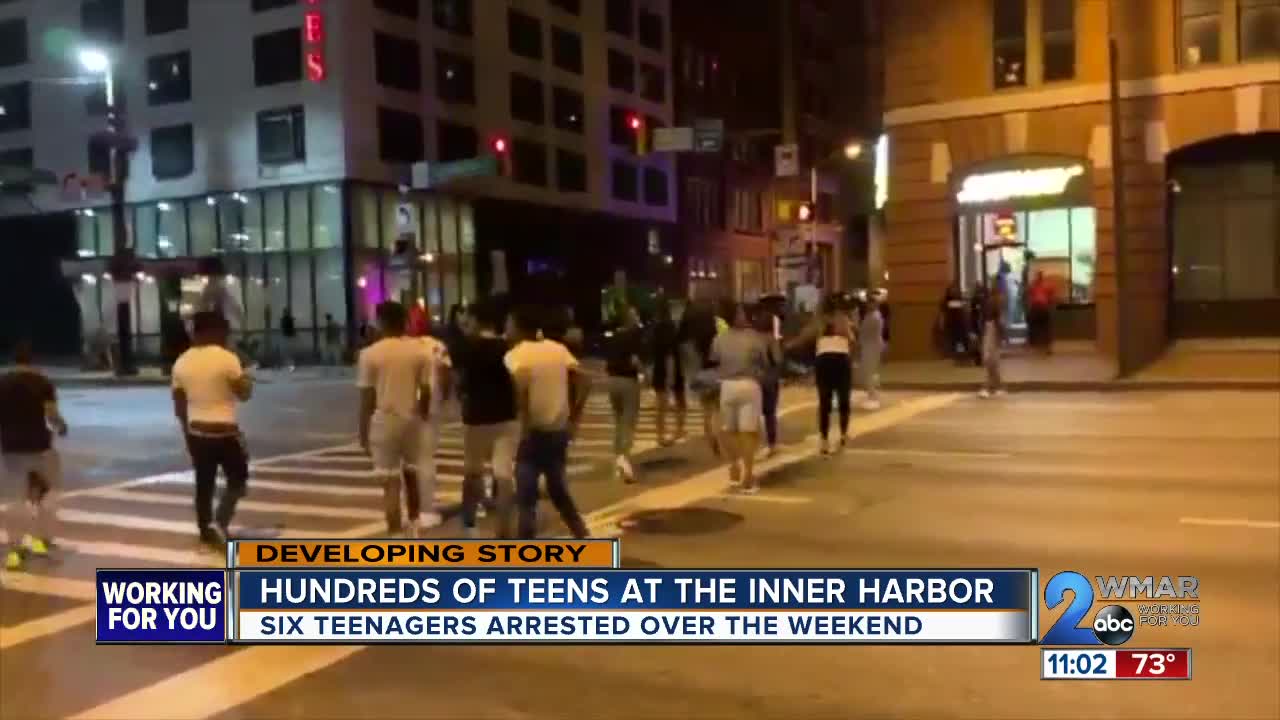 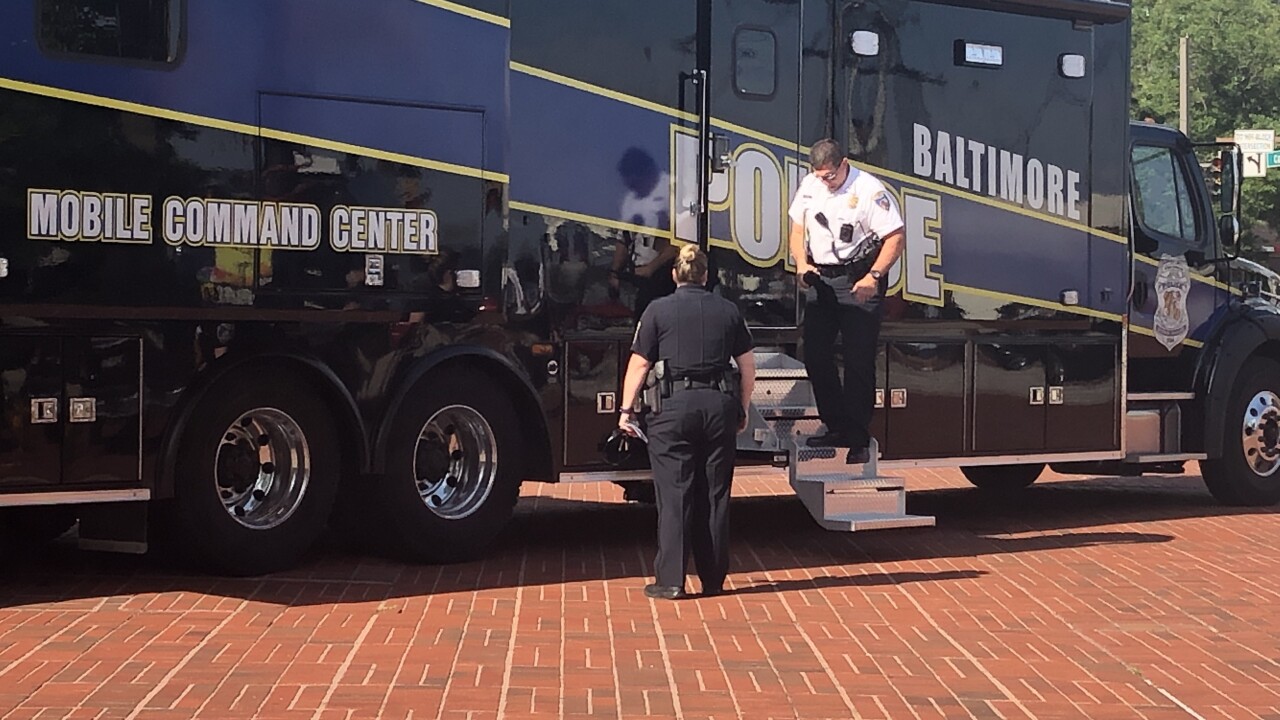 BALTIMORE — Six teenagers were arrested on Saturday night after hundreds were at the Inner Harbor.

"They were basically meeting up and then going and dispersing in smaller groups and creating a few crimes. They were trying to bust windows," said Colonel Rich Worley, the Chief of Patrol for Baltimore Police. Colonel Worley said more officers were dispatched to the Harbor and that's when six teens were arrested. He said one was arrested for unarmed robbery, four were arrested for fighting and he did not release information on the final charge.

"That's the times we're living in. It's a lot of violence and it’s really sad especially for the young kids," said Ebony Watkins. " She added, "it's just unfortunate that the same things I grew up doing, the younger generation can't do that with someone not getting hurt or arrested or sometimes killed." Watkins grew up in Baltimore and was spending her Memorial Day enjoying the view of the Inner Harbor from Federal Hill. She said in this day and age, everyone just has to be more cautious.

Colonel Worley said between 300 and 500 teenagers were at the Inner Harbor on Saturday night.

Baltimore City Council Members said these teens need to be held responsible for their actions but they also need to work to find better weekend activities for them.

"We re-opened two rec centers in my district in the past three years, that's obviously not enough," said City Councilman Eric Costello. He added they're working "to try and find more opportunities for weekend activities for our young people so they have productive things to do in a safe environment."

The Baltimore City Fraternal Order of Police Lodge 3 posted on twitter shortly after the incident,which has sparked a lot of discussion. It reads, "To our officers at the Harbor tonight: Protect each other and don't fall into the trap that they are only kids. Some are criminals! Keep the current policies and Consent Decree in mind. If ordered to arrest put the name of the on-scene Commander in all reporting. Mike Mancuso"