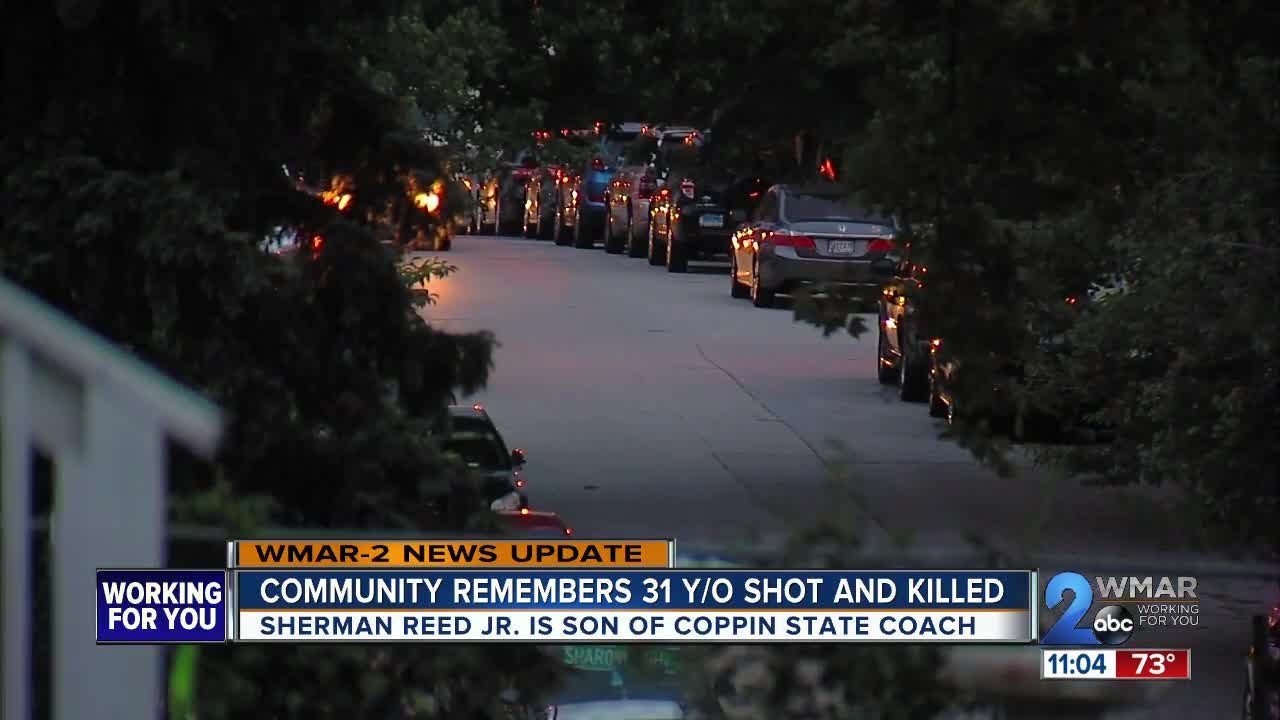 Sherman Reed Jr. was found dead in his home on Thursday, August 15 on West Patapsco Avenue in South West Baltimore. He was shot and killed.

He was a father, a son, an athlete and a friend. His father is the Coach of the Coppin State Baseball team, a sport he taught his son.

Reed was born and raised in Baltimore. He said he loves the city but the violence has a rippling effect in the entire area.

"I just wish that guys find a way to settle differences other than pulling out a gun," said Reed. He said when he was younger people would fight or punch but now people walk around with guns.

"Someone looked at them the wrong way they’re so quick to settle it by pulling out a gun," he said.

Reed stressed typically they're a private family but are grateful for the love from the community's, "overwhelming support that we’ve got that’s made it just a tad bit more bearable."

Sherman Reed Junior's funeral is scheduled for Saturday. He leaves behind an eight-year-old son. His family said he loved that little boy more than anything and just wanted the best for him. That's why they created a Go Fund Me page for his son. The money will create a fund so nothing stands in the way of his son's dream to attend college.