As violence in the city rises, a perspective from a former Baltimore Police Commissioner 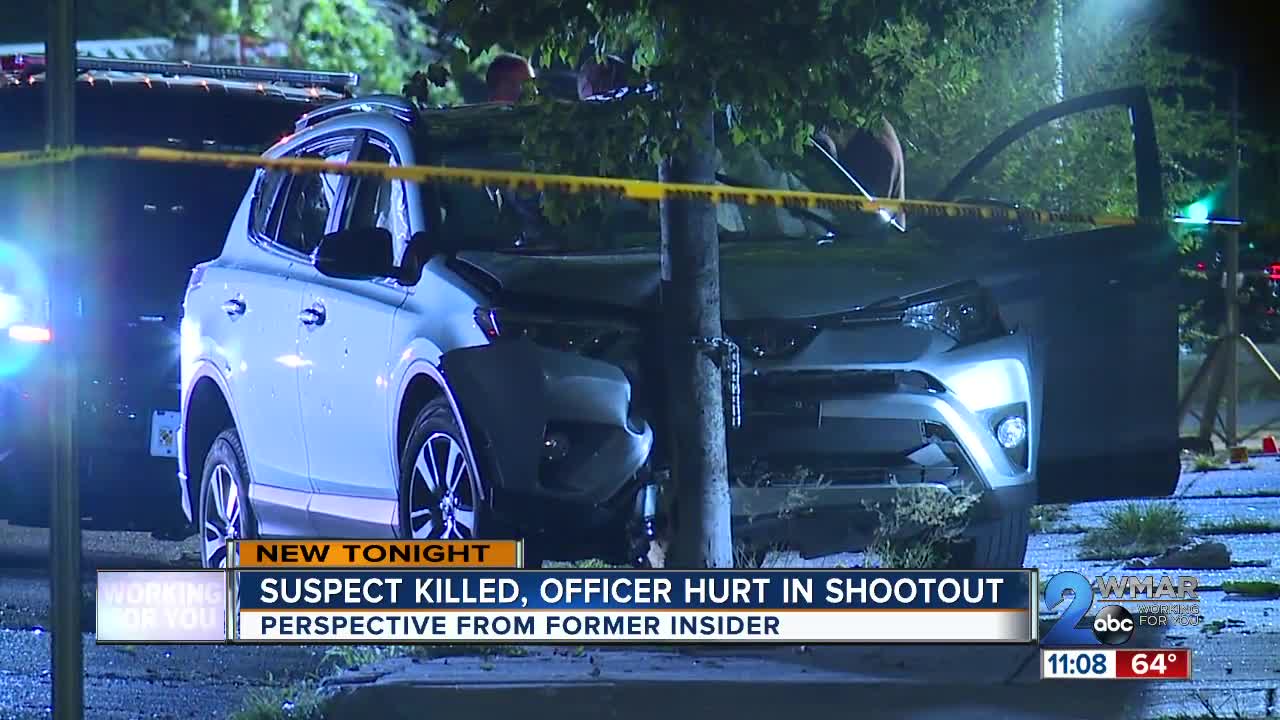 BALTIMORE — With all of the violence in the city, WMAR 2 News wanted to get the perspective from someone who has been on the inside.

WMAR-2 News' Erin MacPherson sat down with a former Baltimore Police Commissioner to break down the crime and the officer-involved shooting from Wednesday night.

Police have not yet released if the officer that was injured was shot by the suspect or by friendly fire, but the former Deputy Commissioner said with several rounds fired last night, accidents are more likely to happen.

”You only have a police chase when the danger of the person pursued outweighs the danger of the pursuit and pursuits are inherently dangerous,” said Jason Johnson former Baltimore Police Deputy Commissioner. "If there is a direct threat to officer safety or safety of the community at large, it’s the police department’s responsible to not cause further damage.”

Several officer raced after the silver SUV, the same vehicle police say shot at them just two days before, but they didn't pursue.

Johnson said that BPD has a restrictive pursuit police to limit the threat to the public and officers.

Wednesday night when police saw the vehicle again, they didn't take any chances of letting the driver get away.

“When there’s all that gunfire people react in a way that they think it’s excessive," said Johnson. "We don’t have the information we need right now to know whether it was or wasn’t.”

Johnson said looking at Banks’ past is relevant for how we can prevent things like this from happening in the future.

Banks was arrested in 2015 for a similar situation, minus the gun.

His court documents show reckless driving and driving away from uniformed police.

He was found guilty of assault, destruction of property, resisting arrest and traffic violations.

"We continue to see cases where there were warning signs for individuals who were suicidal or homicidal or had dangerous mental health conditions," Johnson said.

The issue, he stressed, was those issues whether weren’t identified or acknowledged.

That’s why he says to reduce crime in the city, it’s not just police. There are a lot more players like the state attorney’s office, the judiciary system, social services and education.

“It’s time to start exploring non-traditional and even controversial methods to contain the crime,” Johnson said.