A handful of robberies and burglaries in Patterson Park this week 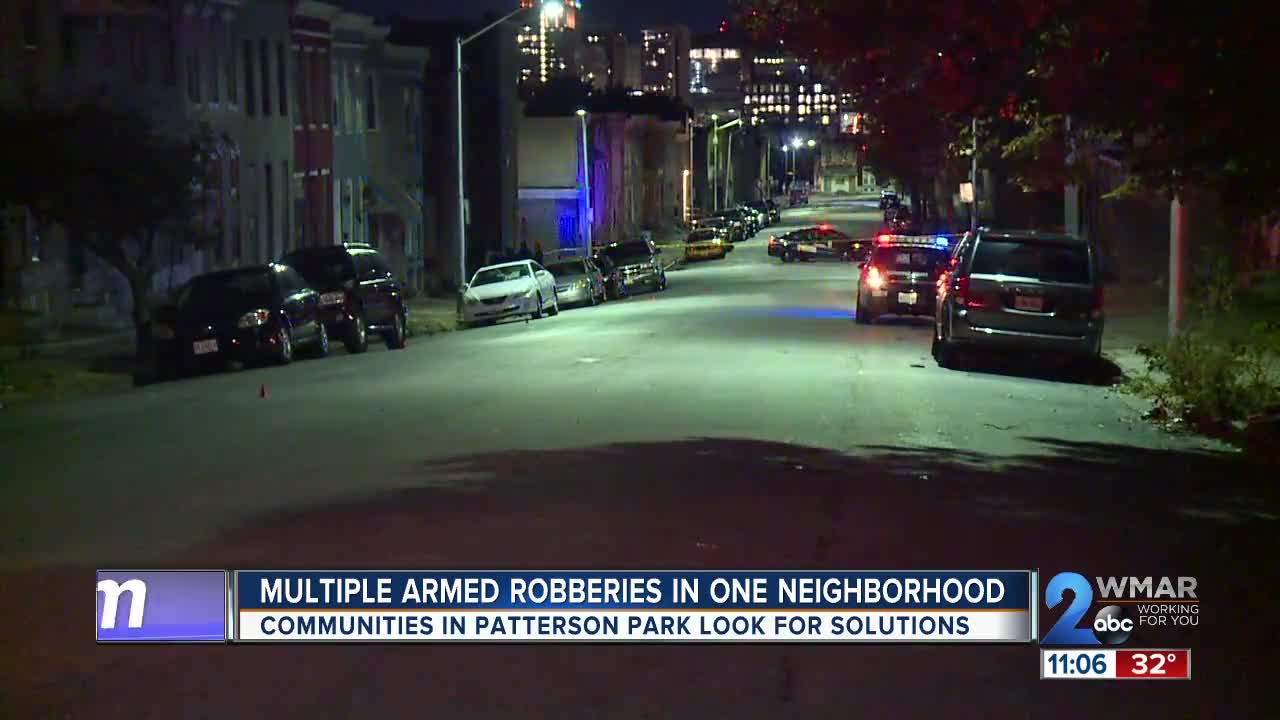 A mother robbed at gunpoint, another woman robbed while holding her two year old.

BALTIMORE — A mother robbed at gunpoint, another woman robbed while holding her two year old. A handful of robberies and burglaries in Patterson Park this week.

"Crime has escalated," said Millica, who's lived in the Patterson Park neighborhood for 15 years. "The last two years, you can feel it. It never used to be like this."

Just last year she was attacked on her street after parking her car.

"It took me months to recuperate from that," said Millica. "It changes you forever it really does."

She said she saw two guys running toward her. She fought back when they attacked her until they took her keys and stole her car.

"I could have gotten really hurt I was pretty bruised up," said Millica. "Always give them what they want you don’t want to fight because what if they have a knife or gun but I wasn’t thinking."

Just this week, a mother was robbed at gunpoint and her purse was stolen.

"It was scary to know anything could have happened at that point," said Katie Chenoweth, that woman's daughter. She said her mom is still shaken up but doing a little better.

"She went out today which was a big step for her because yesterday she didn’t even wanna go out at all," she continued.

Neighbors in the Patterson Park community tell me most of the incident they have are with teenagers. Millica said even though they commit the crimes it's not their fault.

"The system is broken. The kids need help. The punishment system doesn’t work in the city, it’s a revolving door," Millica said.

Some of the neighbors said they think more lights on the street would help them feel safer. There are many streets near Patterson Park who are doing this.

RELATED: One light at a time: A community works to keep people safer