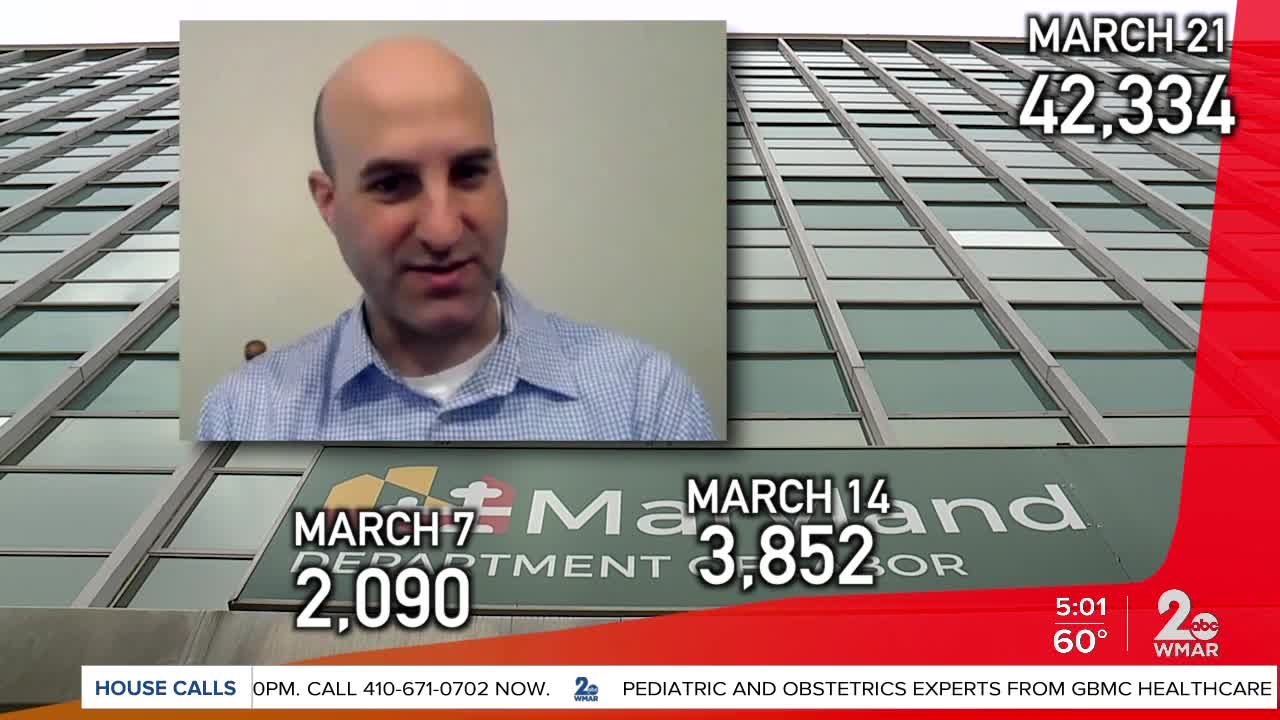 Unemployment claims soar to more than 42 thousand in Maryland 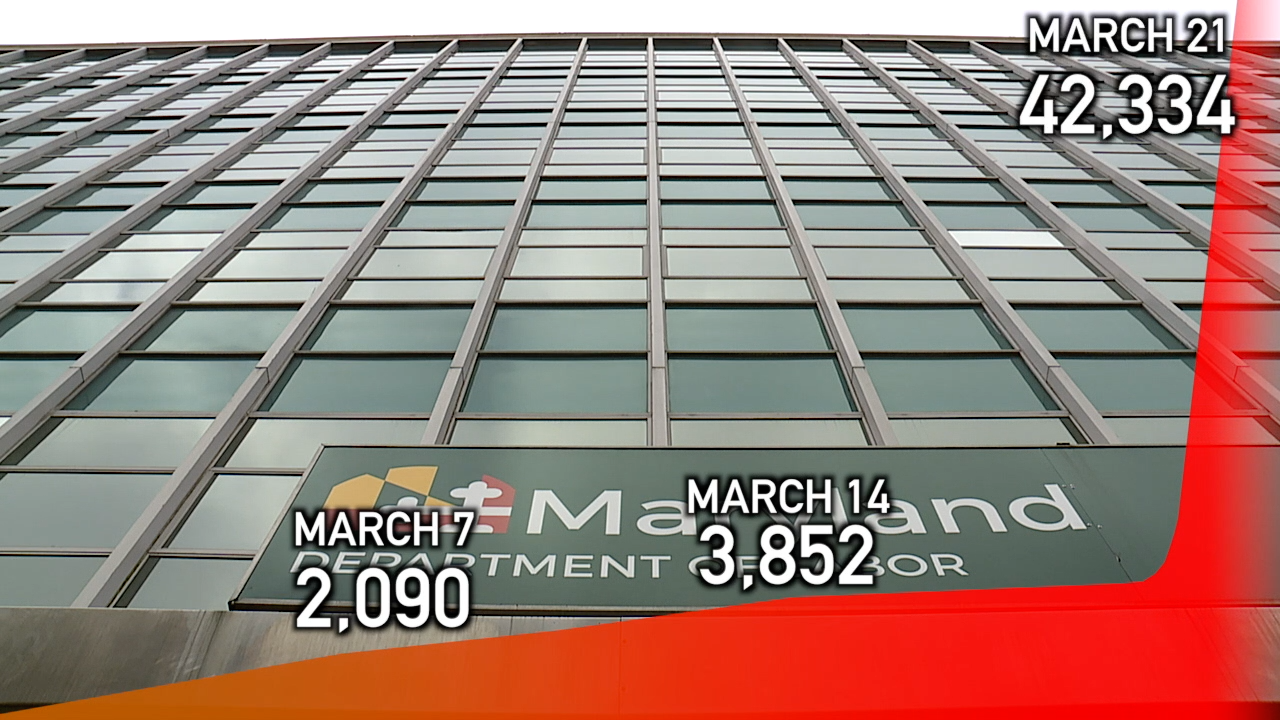 BALTIMORE — Unemployment insurance claims in Maryland soared by more than 38,000 in one week.

“Just a sudden increase in magnitude that we haven’t seen in the history of tracking jobless claims, so it’s shocking,” said Schwartz.

And the number of jobless workers filing for unemployment insurance benefits is expected to climb.

A spokeswoman with the Maryland Department of Labor acknowledged they’ve received numerous complaints from applicants having difficulty filing a claim online or by phone.

The data also doesn’t reflect claims filed after non-essential businesses were ordered to close on Monday.

Catherine Schell, an independent contractor with a clothing manufacturer, is among the jobless workers still waiting to be counted.

“So as of last Wednesday, I’m not getting paid,” Schell said.

Her employer instructed her to file through the state’s website, which she tried.

“I will start and I will get my name in, my social security, my pertinent information and then the site would crash. If you call the number, I’ve been calling since they open in the morning, it goes straight to a busy signal,” said Schell.

Due to the overwhelming surge, the department is adding additional servers, expanding call centers, using shared email addresses, and putting detailed FAQ's on their website to answer questions.

Eligible Marylanders wanting to file for unemployment insurance, should do so on mdunemployment.com. Claim centers have been closed.

Even under normal circumstances, the claim centers do not accept claims in-person.

“The online application is available 24/7 and we encourage individuals to file a claim during off-hours, like early in the morning or late in the evening. The volume of users is so high during the day, it is overloading our servers and causing an error message to be displayed,” wrote Fallon Pearre, the labor department spokeswoman.

She added their call centers are fully staffed, but they can only take so many calls at a time, which is resulting in customers possibly waiting several hours.

“It just starts to get a little concerning, you know, if I don’t get this claim in is that going to put me further down in the group as far as reimbursement?,” said Schell.

The entire unemployment insurance team is made up of 400 employees, according to Pearre.

“This again is beyond the scope of anything we’ve seen in the past, and so you could imagine UI agencies need more staff and they need them quickly,” said Schwartz.

And while people usually receive their unemployment insurance benefits within 21 days of filing a claim, under these circumstances, the agency is expecting the timeframe to be delayed, but didn’t say by how much.

Schwartz said if there’s any silver lining it’s that we’ve learned from history.

“We can expect, hopefully, better policy responses than we saw in the Great Depression,” he said.

And late Wednesday night, lawmakers in Washington passed a $2 trillion stimulus bill that includes an extra $600 a week on top of state benefits to jobless workers.

Schell said they’re reassuring actions, but she wants to see them delivered soon.

“You know, you’re just kind of feeling frustrated and I have bills to pay,” she said.