'Our data is not counted': COVID-19 hitting Native Americans hard

Maryland group calls for them to be included in racial breakdown 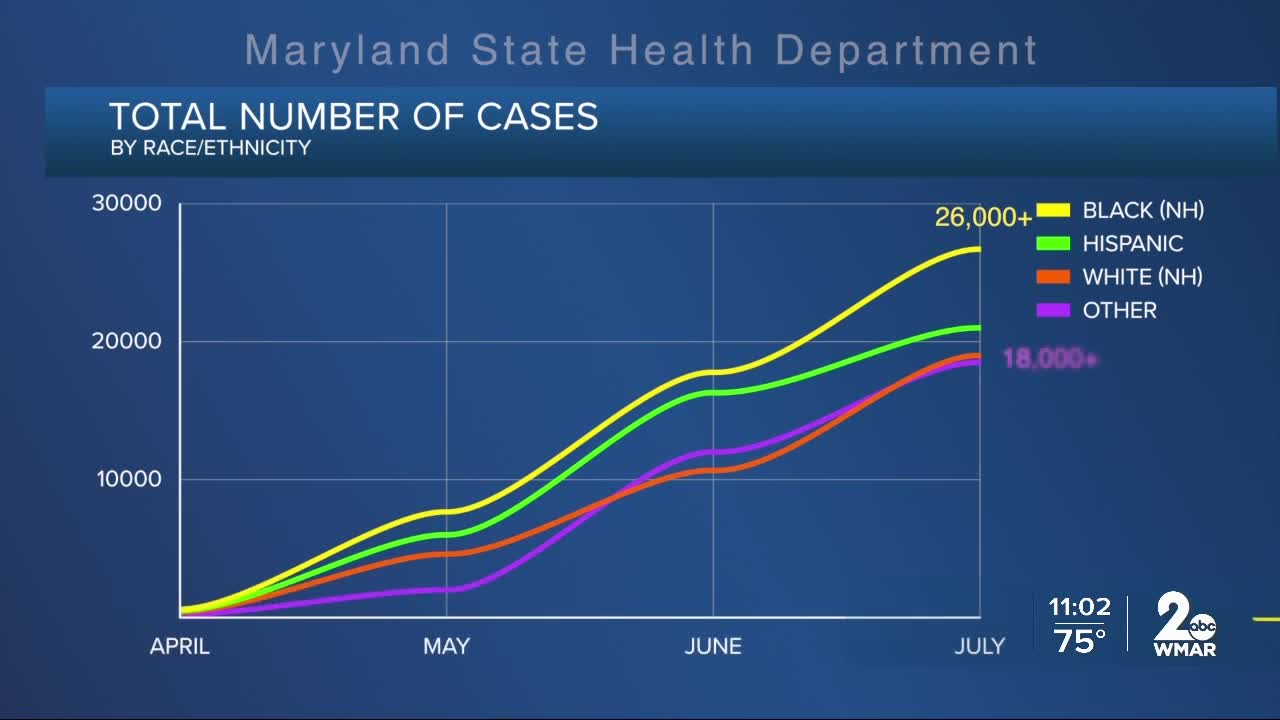 A Native American advocacy group is calling for the state to include indigenous people in the racial breakdown of COVID-19 data.

The organization called Native American Life Lines claims, like many communities of color, American Indians are being disproportionately impacted by the virus.

“I cannot tell you with any certainty how COVID-19 is impacting my community," said Kerry Hawk-Lassard, the executive director at Native American Life Lines. "The reason is that our data is not counted.”

As of Thursday, African-Americans make up more than 26,000 of the state's nearly 90,000 COVID-19 cases. The Hispanic community (21,422) is next followed by White Americans (19,023). But, the next group of cases don't include race. The patients under "data not available" and "other" make up more than 18,000 COVID-19 cases in Maryland. She believes a good number of those cases could make up American Indians and Alaskan natives.

Hawk-Lassard, whose organization is also an Indian health and services provider, serves more than a thousand Native Americans in the Baltimore region. She said the state is home to more than 17,000 Americans Indians as well as several tribes. She said the community has been dealing with issues that have been exacerbated during the pandemic.

She said by the state including these communities in the racial breakdown of COVID-19 data, money and services that are crucial can be provided to give them the help they have desperately needed for months.