'I fear for my safety': MTA bus driver says agency is putting drivers and riders at risk of getting COVID-19 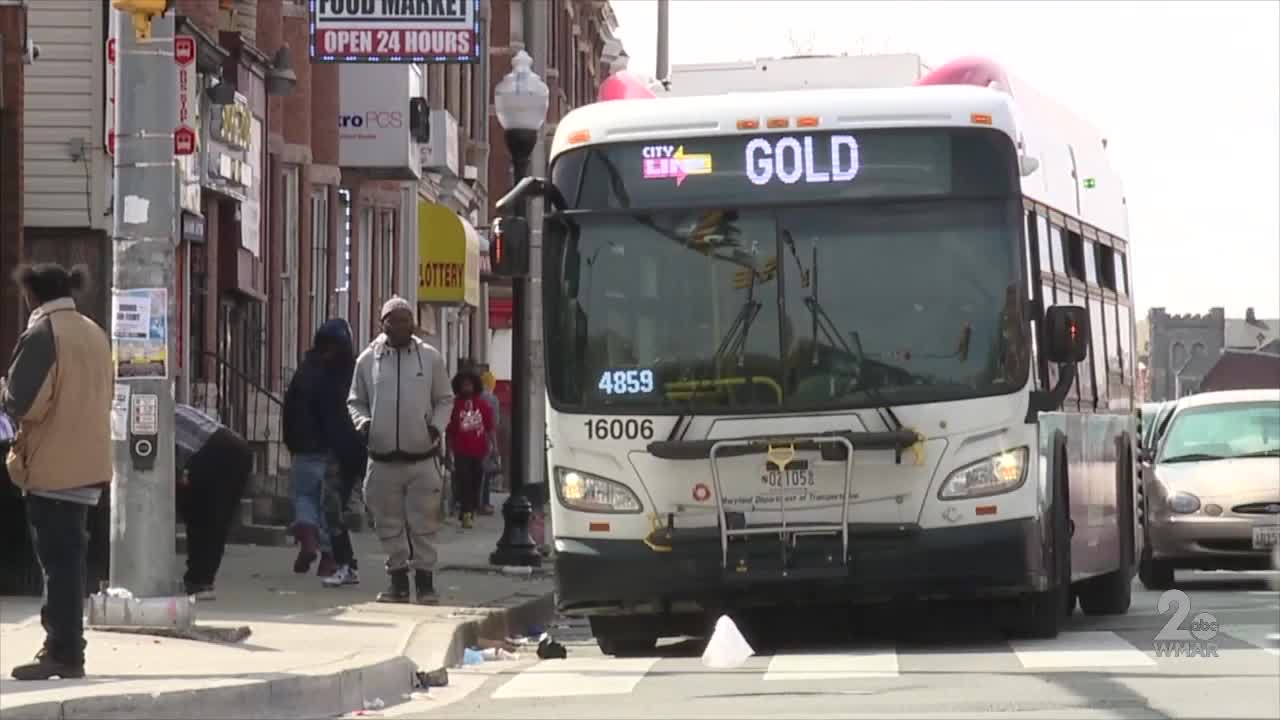 An MTA bus driver is speaking out about the agency, saying MTA is putting passengers and drivers at risk of getting COVID-19.

BALTIMORE — A MTA bus driver is speaking out about the agency, saying MTA is putting passengers and drivers at risk of getting COVID-19.

The bus driver, who did not want to be identified out of fear of losing job, says MTA hasn't given any of the drivers protective equipment to protect themselves from the virus.

The driver, who has worked with the agency for years, says they are even more at risk because buses are becoming too overcrowded, making it virtually impossible for social distancing. He says people are even jumping over a chain that blocks off a section of the bus when it reaches capacity.

“I signed up to be a bus driver and transport people," he said. "Risking my life, my kids life and taking something home to them just wasn’t something I signed up for.”

Last week, Governor Larry Hogan directed people to only use MTA for essential travel. He also banned gatherings of more than 10 people.

The driver says he’s have been boarding more than 10 people essentially on a daily basis.

“They standing all over top each other," he said. "Everything that the Governor is putting out there, it seems as though are management is contradicting the safety protocols put in place.”

We reached out to MTA to respond to these claims.

In response to overcrowding, MTA says crowded buses are not representative of MTA’s overall current ridership.

But, this bus driver disagrees, saying some changes need to be made.

"More services on every line to thin out the ridership," he said. “[And] put some kind of partition up to literally separate operators from passengers.”

He says other drivers are concerns about these issues, but won't come forward out of fear of losing their jobs.

Over the last three weeks, there’s been a decline in ridership and MTA expects that trend to continue, a MTA spokesperson said.

MTA's full statement can be read below:

The Maryland Department of Transportation Maryland Transit Administration (MDOT MTA) is committed to transporting Marylanders to essential services, essential emergency and healthcare personnel to their jobs in the Baltimore region, and students to critical food distribution centers. The safety of our riders and employees is MDOT MTA’s top priority. All MDOT MTA operators are responsible for self-reporting medical concerns and managers are closely monitoring employee’s health.

In an effort to mitigate the spread of COVID -19, MDOT MTA has promoted the state’s message of essential travel only to riders through our e-alert system and social media. Essential travel means taking trips to work, hospitals, health care providers, pharmacies, grocery stores, banks, food distribution centers, schools, to provide care for family members, and other similar destinations.

By reducing unnecessary travel, transit becomes safer for those who depend on it, and for those who operate it. To further minimize person-to-person contact between operators and riders, MDOT MTA implemented rear-door boarding on all bus routes with riders encouraged to pay transit fares with the CharmPass mobile ticketing app, CharmCard® or paper ticket that will be visually validated.

Over the last three weeks, MDOT MTA has experienced a significant decline in bus ridership and we expect to see continued declines as today was the first day of non-essential business closures. While some bus routes may still be experiencing high ridership, crowded buses are not representative of MDOT MTA’s overall current ridership. We urge riders to use good judgement in determining which bus to take and to allow for extra travel time. We have encouraged operators to use their discretion to minimize crowding on the buses.