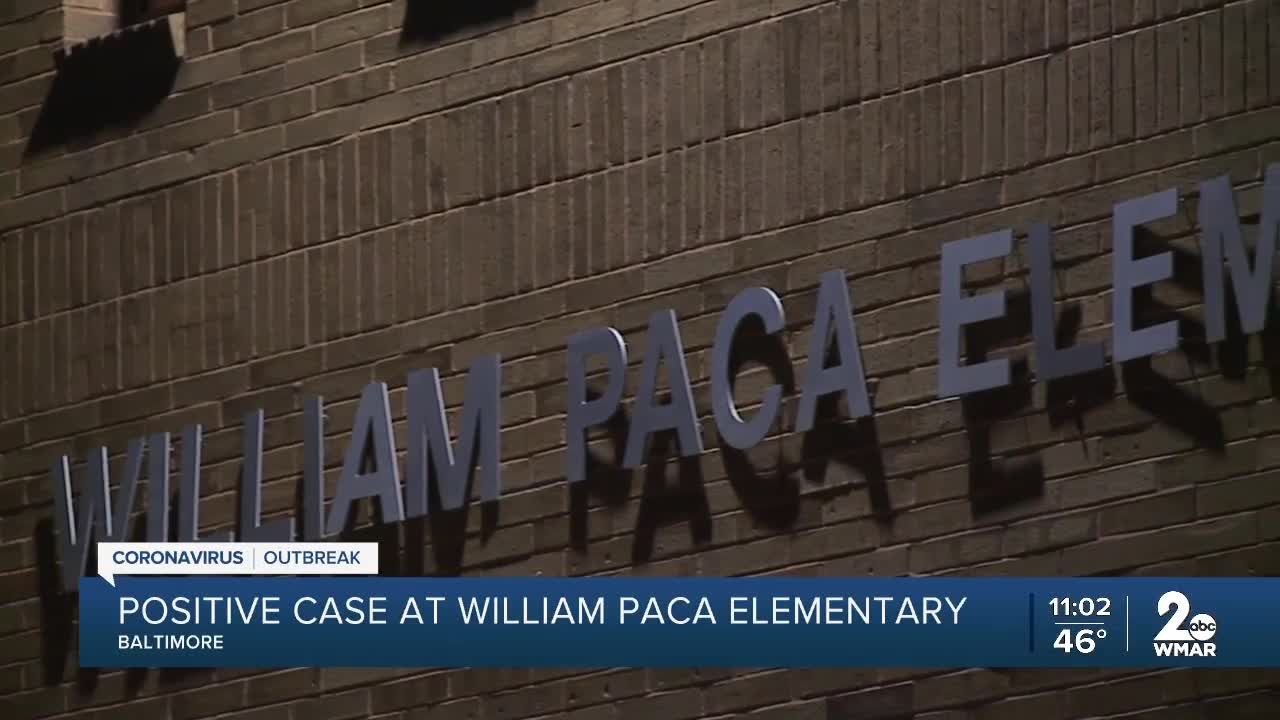 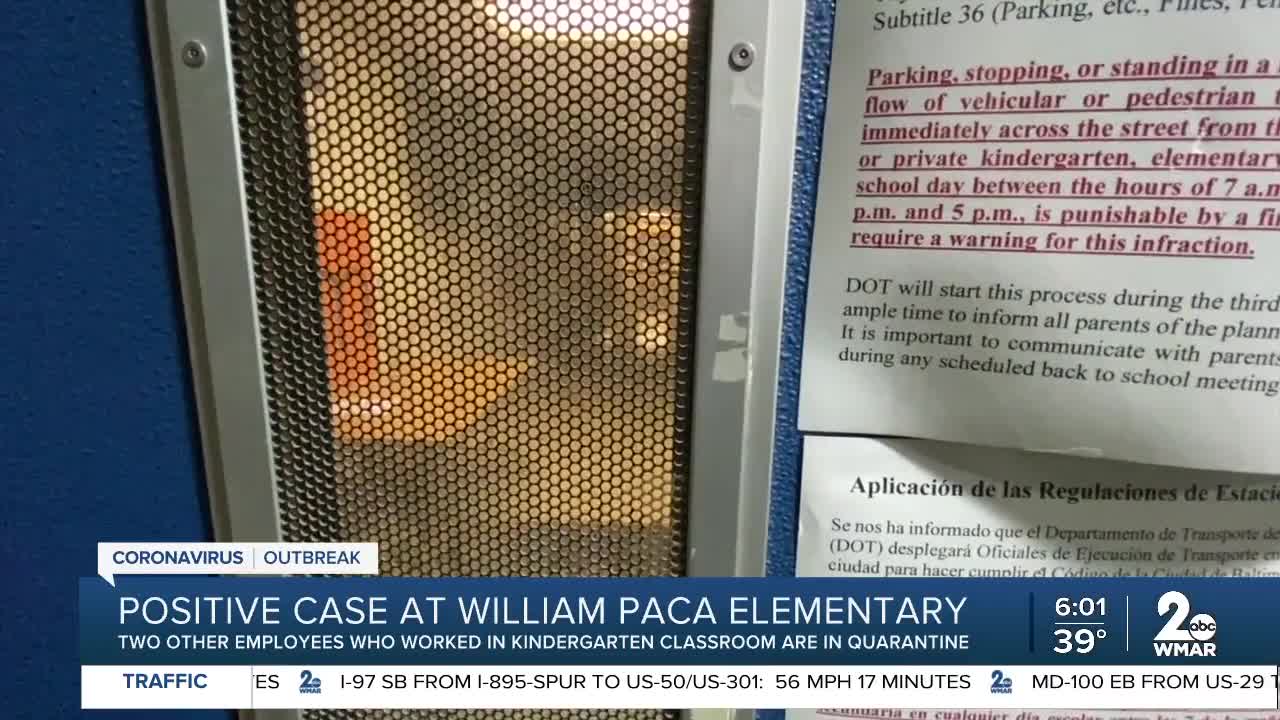 BALTIMORE — The Baltimore City School District said an employee recently tested positive for COVID-19 and two other employees, who worked closely with the person, are being quarantined.

A spokesperson for city schools said the building is being cleaned and disinfected.

The three employees are currently not working on campus, the spokesperson said.

It remains unclear when exactly the employee tested positive.

The district also said LRE-C and Pre-K programs went on as scheduled at the school. On Monday, more than two dozen Baltimore City Schools, including William Paca, reopened for in-person learning.

"It’s really heartbreaking," said parent Kiera Davis-Griffith, who has a second grader in the district.

The positive case also came on the heels of North Bay Academy suspending in-person programming because of an outbreak. The organization partners with the district.

In a letter on November 10th, the Director of Education Richard Garber said a staff member and three students tested positive for COVID-19. Garber also said, 40 students with connections to seven city schools may have been exposed.

Davis-Griffith believes, the district should close school buildings and consider going back to virtual learning

“They’ve gone home and they’ve interacted with their families. And their families have either gone to work, got on a bus or gone to the grocery store. This is now a bigger thing.”

"We want our members that are impacted by COVID to know that we are sorry they have to experience the wrath of the virus. Even through these trying times, these members are thinking of their coworkers and students so they self-report, because they have little hope that the district will notify people they've come in contact with. If we can't rely on district leaders to inform the school community, community, and BTU when there is a positive case of COVID, we should not have anyone in buildings."