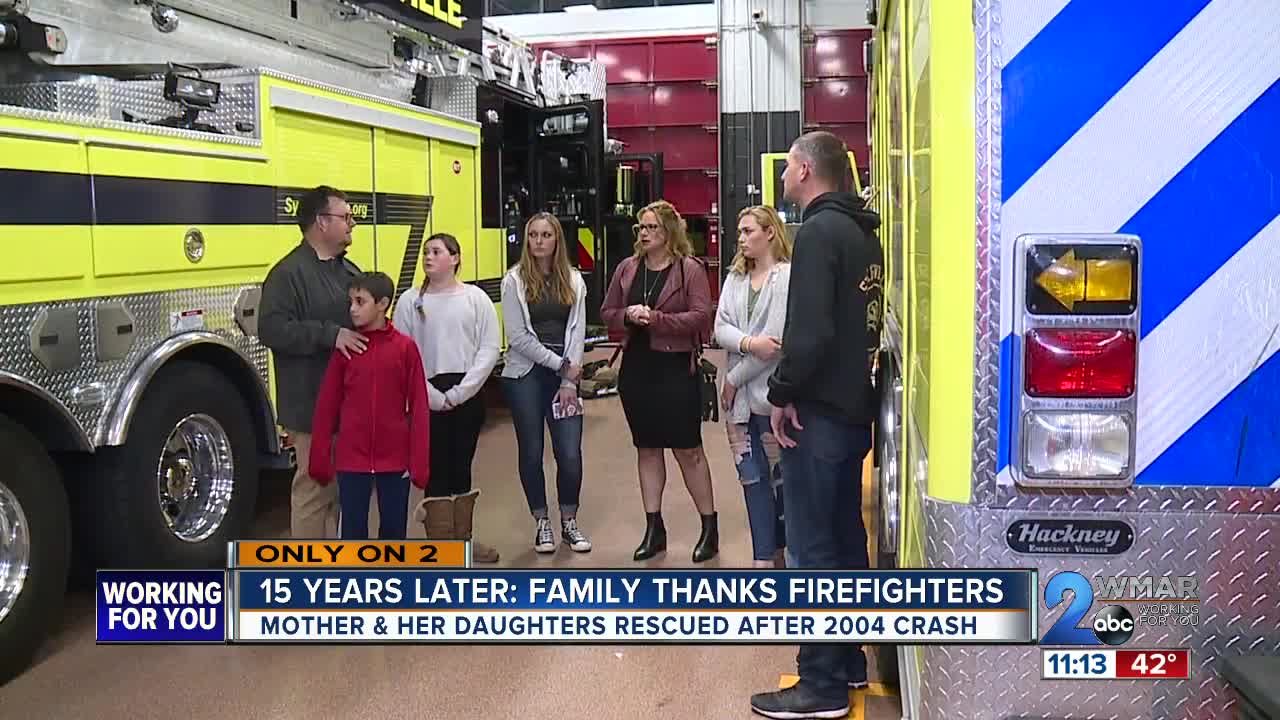 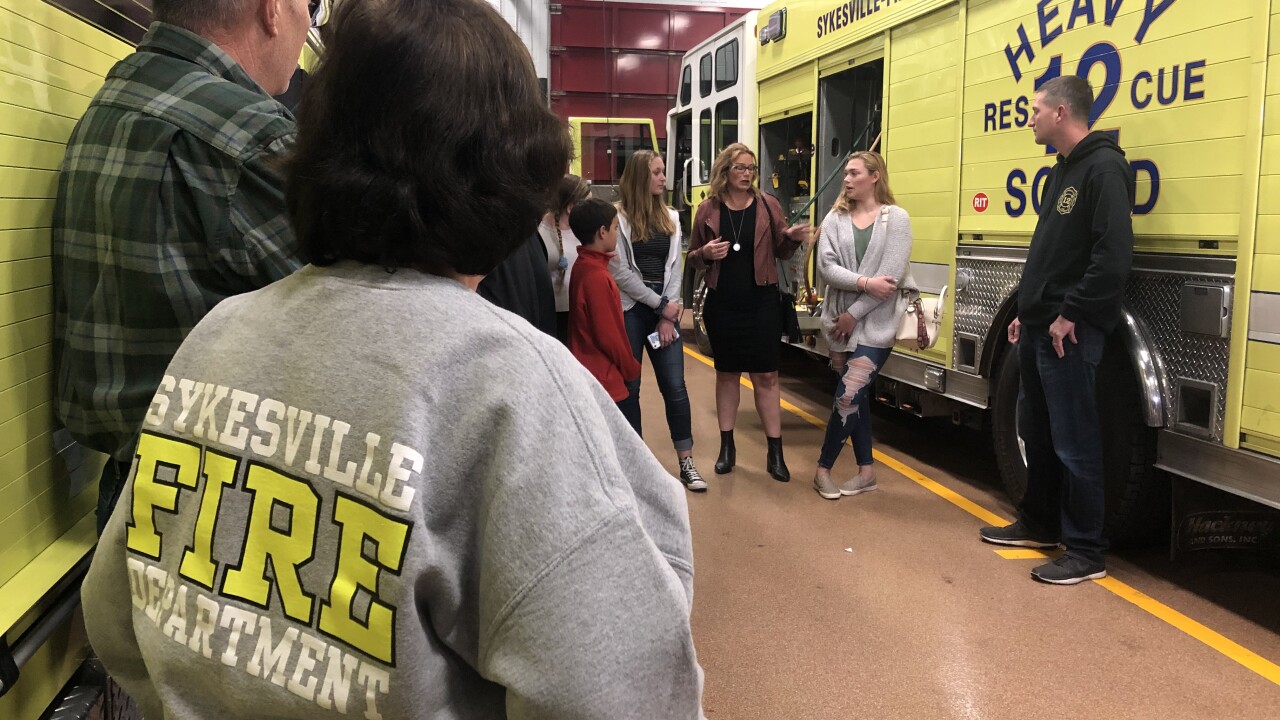 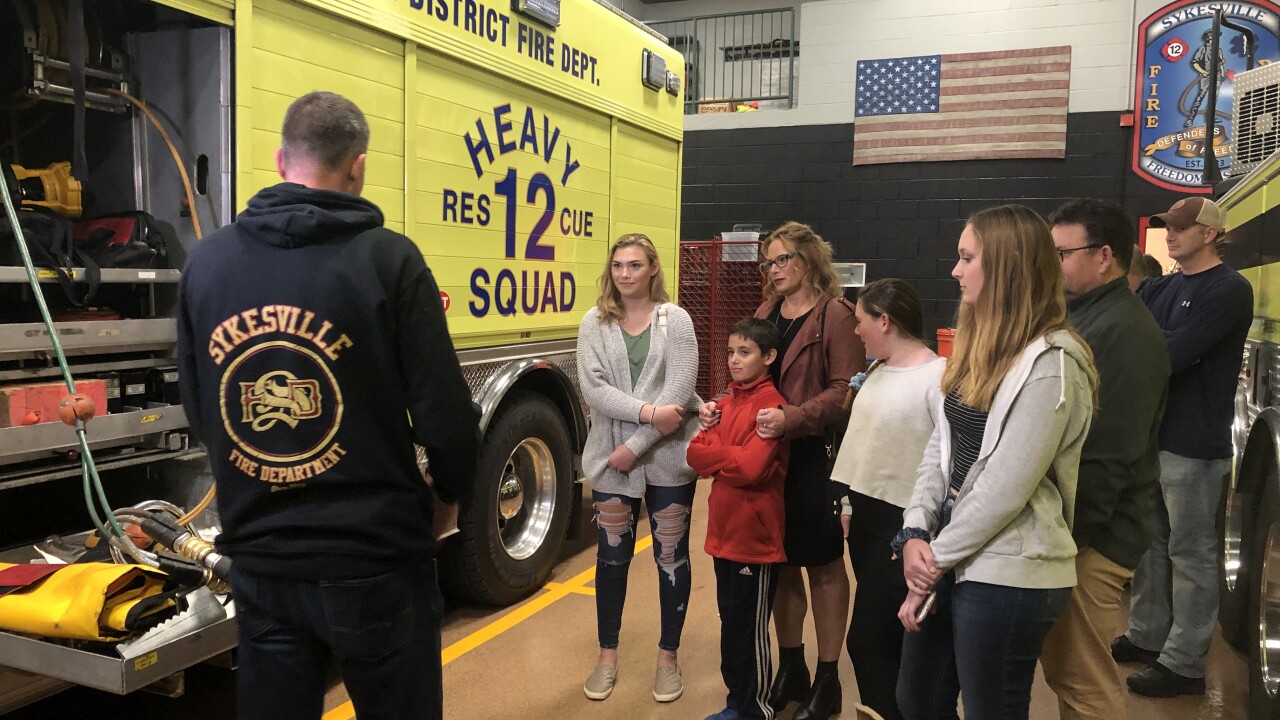 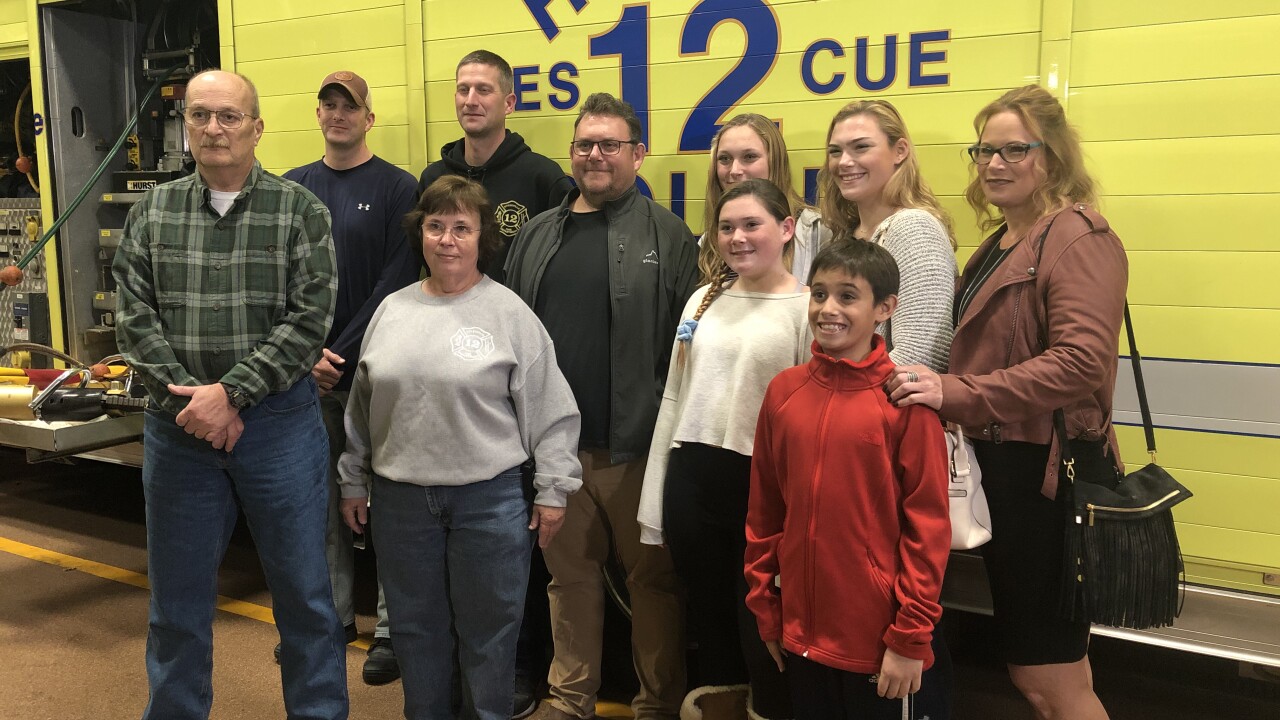 SYKESVILLE, Md. — Firefighters respond to hundreds of calls a year and rarely get to find out how those calls turn out. Monday, Sykesville Freedom District Fire Department got a special visit from survivors of a crash they went to in 2004.

17-year-old Erin Oberholzer was almost three years old when she was in that crash. She doesn't remember much since she was so young but said, "I do remember after I was pulled from the car there was some man standing there holding my hand."

At the time of the crash, her mom was driving on Route 32 when she was hit by another car and rolled over. Erin was sitting in the backseat with her 10-month-old sister, Ava. Ava doesn't remember anything from the crash but stood in front of a room full of firefighters and said, "I'd like to say thank you for saving my life."

These two sisters were excited to meet the men and women who saved their lives. For their mother, Stacy Fleming, it was a bittersweet day. She was grateful to get the opportunity to thank these first responders but didn't want to relive her worst day.

She said, "it was traumatic but everyone helped me feel comfortable, as much as they could, but I felt helpless as a mom not being able to help my kids." Her daughters say every year on November 5, she reminds them of the article written by the Sykesville Fire Department. "We need to be thankful. Things could be different. We’re blessed with two more children which may not even be here if that ended differently," said Fleming.

Oberholzer was inspired recently by a friend to make this meeting happen, to meet the men and women who saved her family. She said she especially wanted to put a face to the name of the person listed in the article, Fire Chief Eddie Ruch. He was excited to meet Erin and her family.

"This is one of a couple that I've ever had the chance of meeting," he said. "Most of the time, once we do our job we don't know anything after that."

Fleming and her two daughters got to meet a handful of firefigthers who worked their crash 15 years ago, as well as dozens of volunteer firefighters. After Oberholzer thanked the firefighters, they stressed how grateful they were for taking the time to come in and thank them.

Oberholzer and Fleming said they avoid the road where their crash happened, even though since then a traffic stop was put in because of the number of incidents at that intersection.