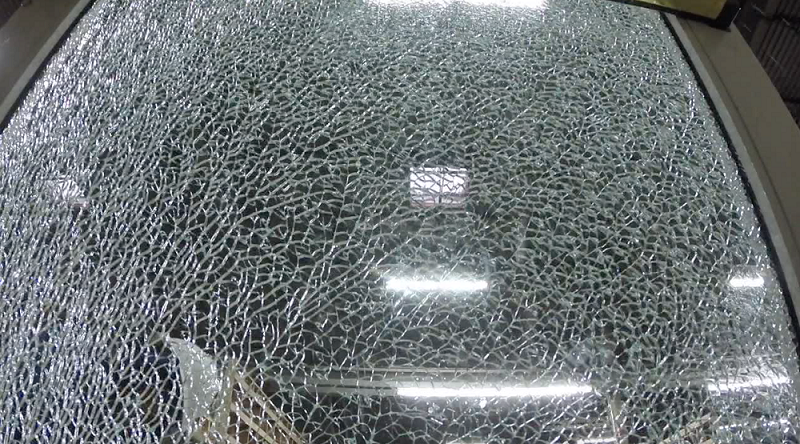 The couple was sitting on the couch when the door behind them burst into a thousand pieces. Glass experts say this is rare, but tempered glass can shatter out of nowhere. 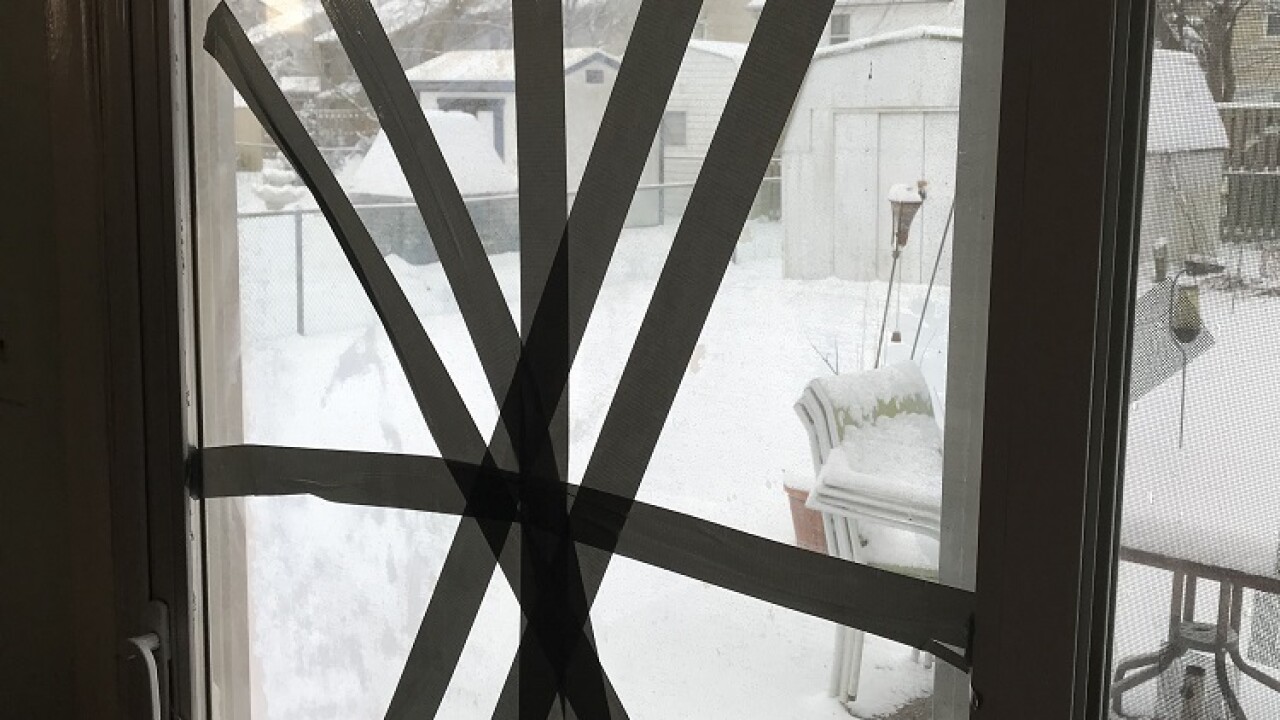 EDGEWOOD, Md. — On a cold day in February, Evelyn Businsky was on her couch when the sliding glass door behind her spontaneously shattered.

"I was glad that the curtain was closed because it just burst out," said Businsky.

The inside pane of the door shattered into a thousand little pieces on her living room floor.

Her and her husband immediately called the remodeling company that installed the windows and doors about 20 years ago. They chose Homefix Custom Remodeling for their lifetime warranty. An estimator came out the next day but the Businskys say they were unable to get an answer on when the door would be replaced and how much it would cost. They then called WMAR-2 News Mallory Sofastaii. The day after she spoke with Homefix Custom Remodeling, the company called the couple to let them know they were going to replace the door at no cost.

As for why or how the door shattered, the Businskys figured it was the combination of the polar vortex and the hot air coming from their space heater. However, Mike Geraci, director of marking and business development at Caplan Glass, isn't convinced that's what caused the glass to give out.

"I doubt very seriously because of the cold weather and heater, looks like five or six feet away, that it caused that door to explode," Gerarci said.

He said it could've been stress, potentially some temperature imbalance, or the materials inside the glass.

"One of the ingredients in float glass is nickel alloy, and if there's a large concentration of that particular ingredient in the glass that could cause the glass to fracture or split," Geraci said.

However, this is rare and uncommon.

"Very rare for that to happen. There's thousands and thousands of tempered glass being produced every hour," said Geraci.

And yet, the U.S. Consumer Product Safety Commission received nearly 30 reports in the last six months of shower doors, TV stands, casserole dishes, and glass appliances exploding out of nowhere.

"There's a process called heat soaking where they take the glass, they heat it up and then they put it right into warm water and in that bath any kind of informality in the glass should make it explode in water to prevent it from happening after purchase but it's hard to say. Again, these are very rare cases," said Geraci.

When deciding on windows and doors in your home, you do have another glass option. On impact, tempered glass shatters into tiny little pieces while laminated glass splinters but stays in place. These are designed to protect the consumer from being injured. While laminated glass may appear to be a better option to protect against break-ins, tempered glass is actually four to five times stronger. Laminated glass is also typically more expensive, however, it can be replaced faster.

Homefix Custom Remodeling said the Businskys door should be ready in six to eight weeks. The couple is happy it's getting taken care of, but the lengthy timeline and fluctuating weather gives them some concern.

"I have COPD, and if I get a cold you've got to figure it's like somebody else getting pneumonia. And if I get pneumonia, I could die," said Evelyn Businsky.

Homefix Custom Remodeling said they're not an emergency glass replacement company and are unable to expedite the replacement. In an email, a spokeswoman for the company wrote: "We are eager to see the door replaced, and are doing all that we can to facilitate that outcome." They also say they tried calling the couple and left a voicemail, but never heard back. The couple disputes this.

The CPSC issued a safety alert about tempered glass. The consumer protection agency found from 2012 through 2016, there were an estimated 2,300 U.S. emergency department visits associated with shattering glass shower doors. They're asking that consumers report all safety-related incidents involving glass here.

And if you have a Matter for Mallory, she wants to hear from you. You can email her at Mallory@wmar.com or by using the form below.