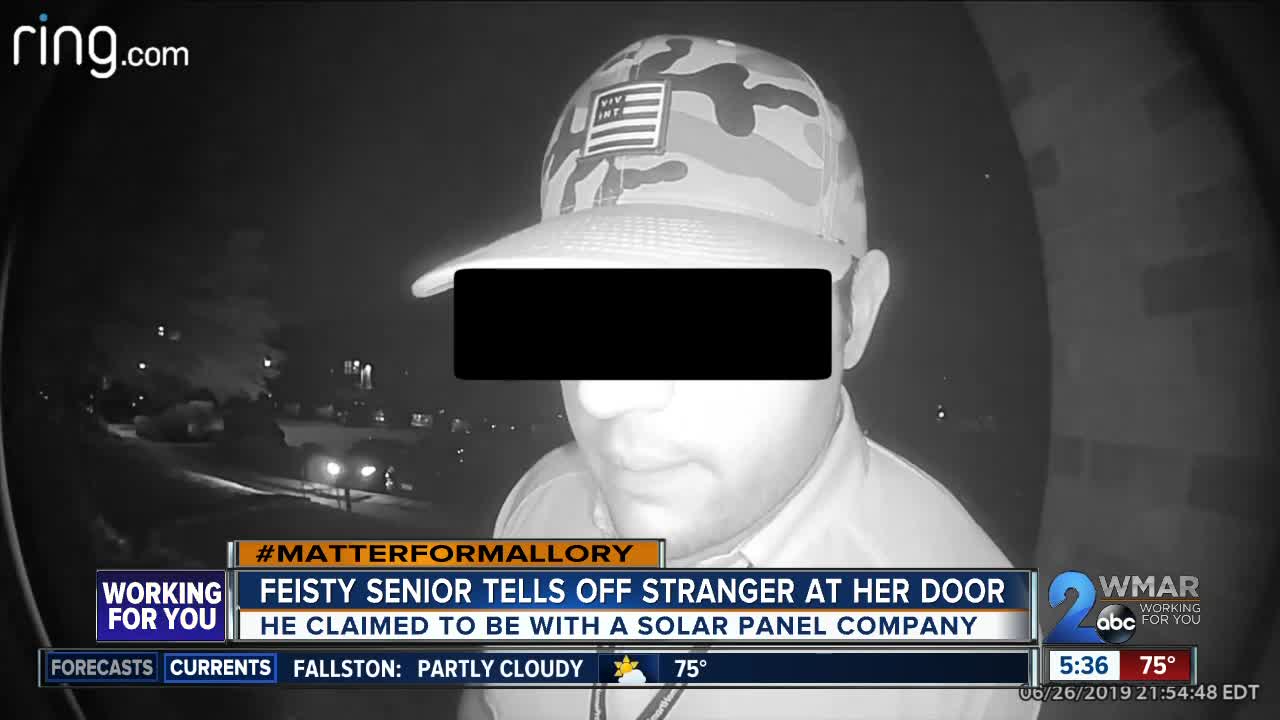 The man knocked on the woman's door around 10 p.m. claiming there was an issue with her solar panels. She called the company the next day and was told her panels were working fine. 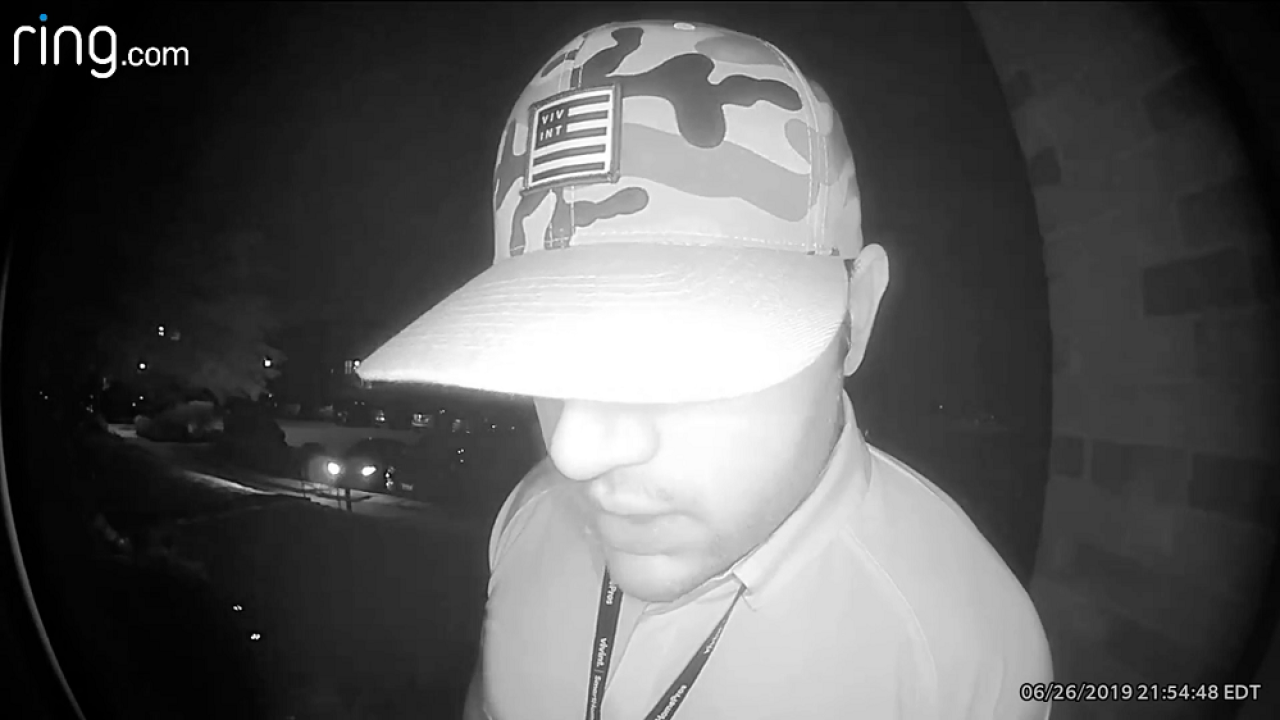 CATONSVILLE, Md. — A Catonsville woman is warning others about a mysterious man who knocked on her door late at night.

He was wearing a Vivint badge and hat and said he was there to address an issue with her solar panels.

"Flashed his little ID and he said 'I'm from Vivint and we've been trying to contact you and your solar panels are off the grid, and we need to come in to see what's been going on,'" said Gwen Gasdick, a retired schoolteacher. "And I said, 'Oh, no. Not at 9:30, 10 o'clock at night.'"

The exchange was recorded on her Ring doorbell. She asked the man to leave or said she'd call the police. He said he'd be back the next day.

Gasdick later called the company to verify the man was who he said he was.

"And they said, 'No, there's nothing wrong with your panels.' And they said we wouldn't send someone out that time of night at your home, and I said, I didn't think so," she said.

Gasdick called police and tried to get more answers from Vivint about what the man was doing at her house. She also called WMAR-2 News Reporter Mallory Sofastaii.

In an email, a Vivint Smart Home representative wrote:

I’ve reached out to Gwendolyn to apologize. She is a Vivint Solar customer, but this was a Vivint Smart Home representative who should not have been at her home that late. We have fired the representative. ... He’s a new employee and was not following our training.

The representative later clarified that the man works for SmartHomePros, an authorized reseller for Vivint.

The video also shows the man visiting a neighbor's home with solar panels.

"He sounded so convincing, and I said he might trick someone to let him in. What is he up to?" asked Gasdick.

She doesn't trust that the man was there to sell her something and questions his motives. She's warning other seniors to invest in security and think twice before opening your door to anyone.

Baltimore County Police continues to investigate the incident. They reached out to Vivint for help identifying the man.