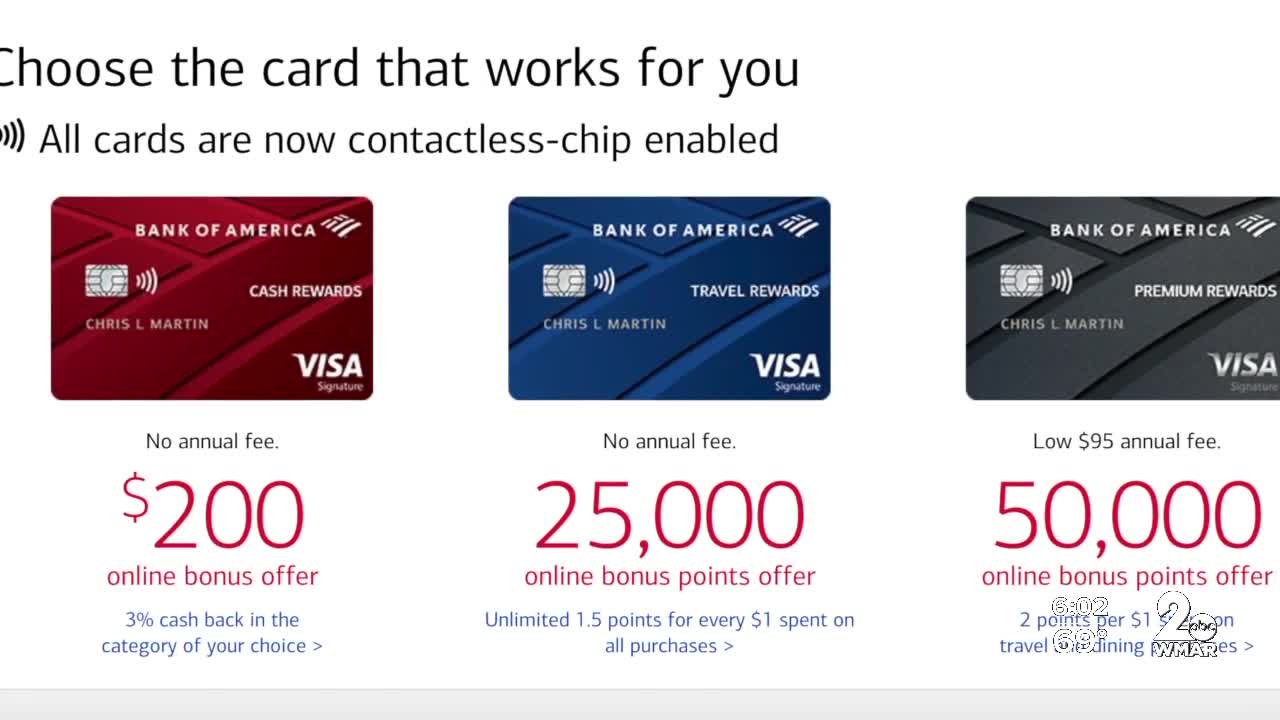 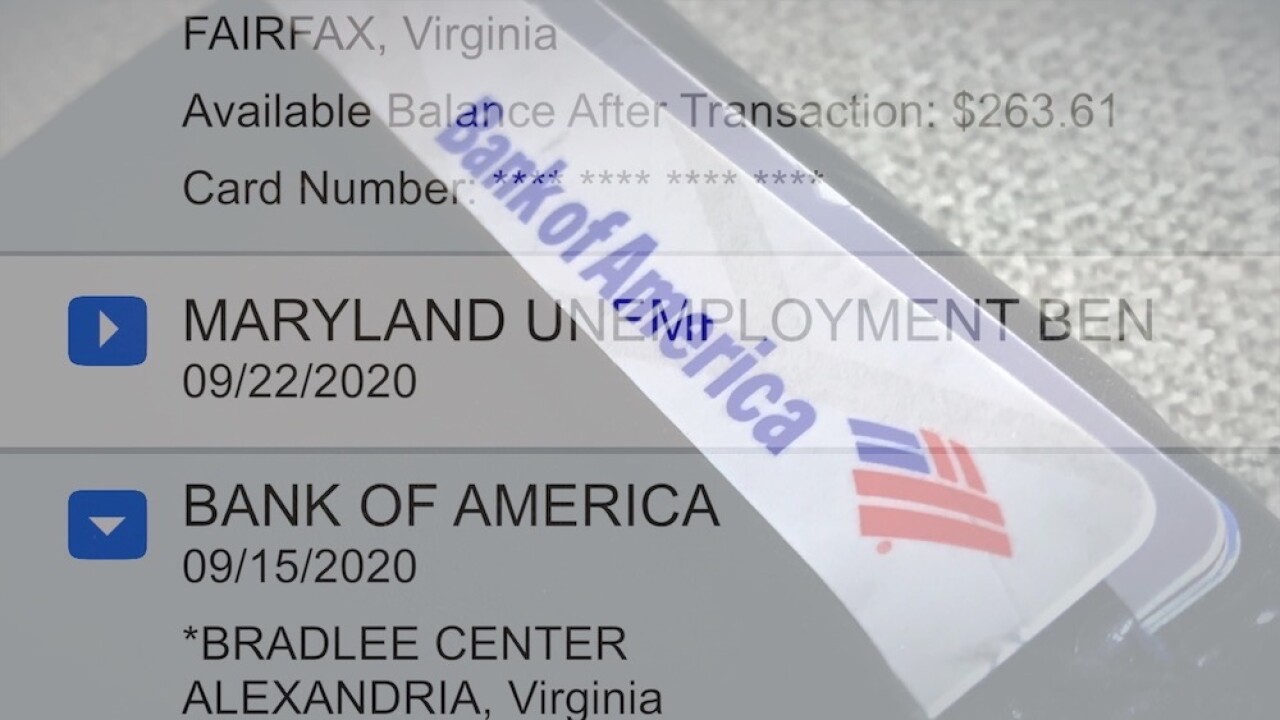 BALTIMORE — Maryland unemployment insurance claimants are questioning the security of their debit cards after losing benefits to ATM scammers.

Tyler Bohanan recently tried to withdraw money from her Maryland Unemployment Insurance Bank of America debit card, but received a message that there were insufficient funds.

“The customer service representative with the Maryland Bank of America unemployment card stated that someone in Florida was able to extract cash from an ATM in Florida and we have not gone to Florida at all,” said Campbell-George.

Cynthia Tully usually withdraws her benefits as soon as they post to her account, but she didn’t get around to it until 9 p.m.

“When I got there, it said I didn’t have enough funds and it printed out my receipt with $6.23,” said Tully. “Looking at the transactions, you could see a cash ATM withdrawal from Virginia. So I started looking further, and there were balance inquiries every payday for the last almost three months from all over the east coast. A lot from Virginia, New Jersey, North Carolina.”

These claimants didn’t lose their cards and said they only used them at Bank of America branches.

“I’ve never used that card. I’ve never made online purchases with it, it’s been in my wallet, I go to my local Bank of America ATM that’s it,” said Tully.

And it's money these claimants can't afford to lose.

“I was furloughed in March and my husband was just finishing up school, so he wasn’t working as well. We’re a family of five and neither one of us were working, so to pay bills we have to be very strategic on how we spend money,” said Campbell-George.

Bohanan was reserving money in her account to pay taxes on her benefits.

“They took the money I have to give to the IRS, they’re putting me in a pinch right now. I have two kids. I don’t want to owe any money in 2021 and I’m already having to deal with unemployment and raise two kids,” said Bohanan.

Tully said she relied on her benefits to support her family.

“$260 doesn’t seem like a lot, but that’s what I live off every week. Single mom, two kids that’s it for right now,” said Tully.

The claimants reported the fraud to Bank of America and were sent new cards, but didn’t receive explanations on how their accounts were compromised.

Fraud has been a major issue for many states as they rushed to implement new unemployment insurance programs under the CARES Act.

The department froze thousands of accounts and required claimants to provide documents confirming their identities.

However, this appears to be a different kind of fraud. Claimants believe their debit cards were somehow cloned.

Skimmers may be the culprit. Thieves attach card readers to payment terminals such as gas pumps and ATMs. The device copies the data and small pinhole cameras record customers inputting their pins. The person then clones the card and uses it as their own.

“You know, not many people have had this happen and it’s so many of us,” said Tully.

Tully wants to know why this type of fraud has become a common complaint among unemployment claimants. A recent post about debit card fraud in an unemployment Facebook support group had more than 60 comments with many members sharing similar experiences.

WMAR-2 News Mallory Sofastaii asked Bank of America if the fraud had something to do with chip technology, an enhanced security measure not offered with unemployment insurance debit cards.

A Bank of America spokeswoman wrote: “We are in continual discussions with our clients about options for our Card technology, including the addition of chip.”

She added that Bank of America takes all reports of fraud very seriously and claimants should contact Bank of America (using the number on the back of their card) to report unauthorized or disputed transaction claims.

In the meantime, these claimants are no longer keeping balances on their card.

“What we have done is when we do know that money has been funded to the card, we immediately go to the bank and take it out because at this rate the card is unpredictable,” said Campbell-George.

Bank of America reimbursed Campbell-George. A representative said Bohanan’s and Tully’s claims are still under investigation.