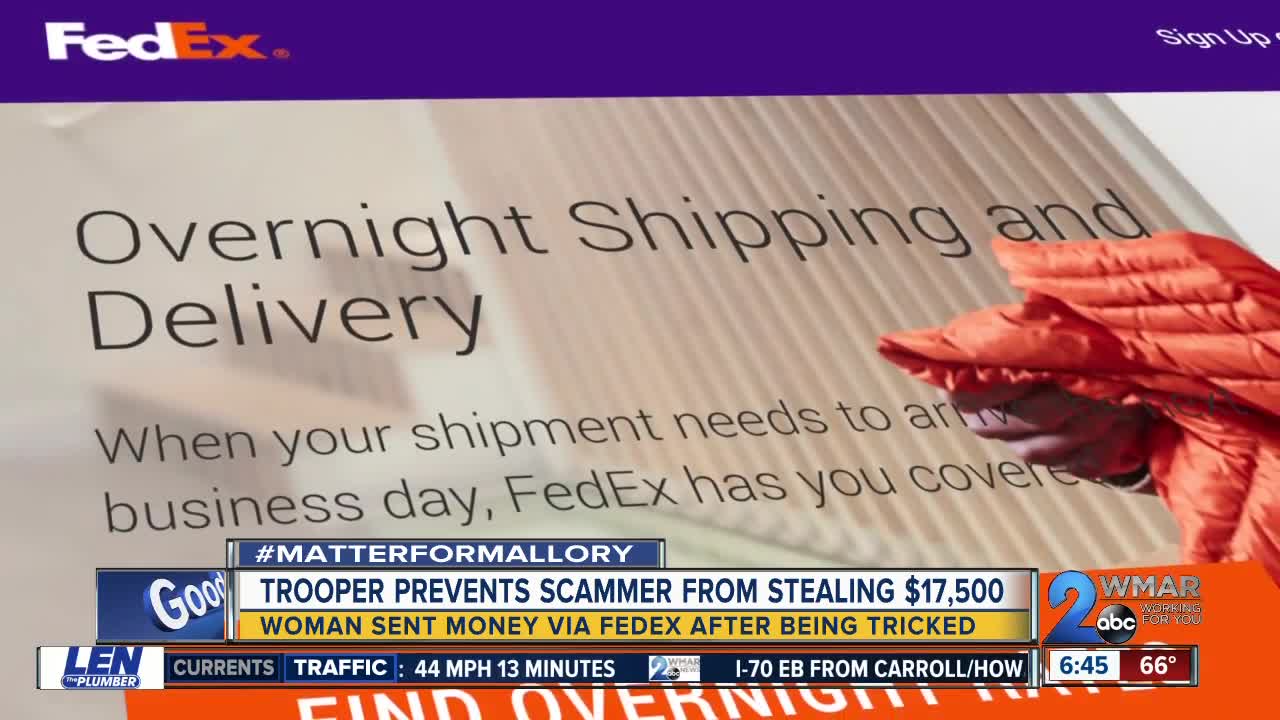 A Maryland State Police trooper prevented two packages containing thousands of dollars from being delivered to a scammer in California. 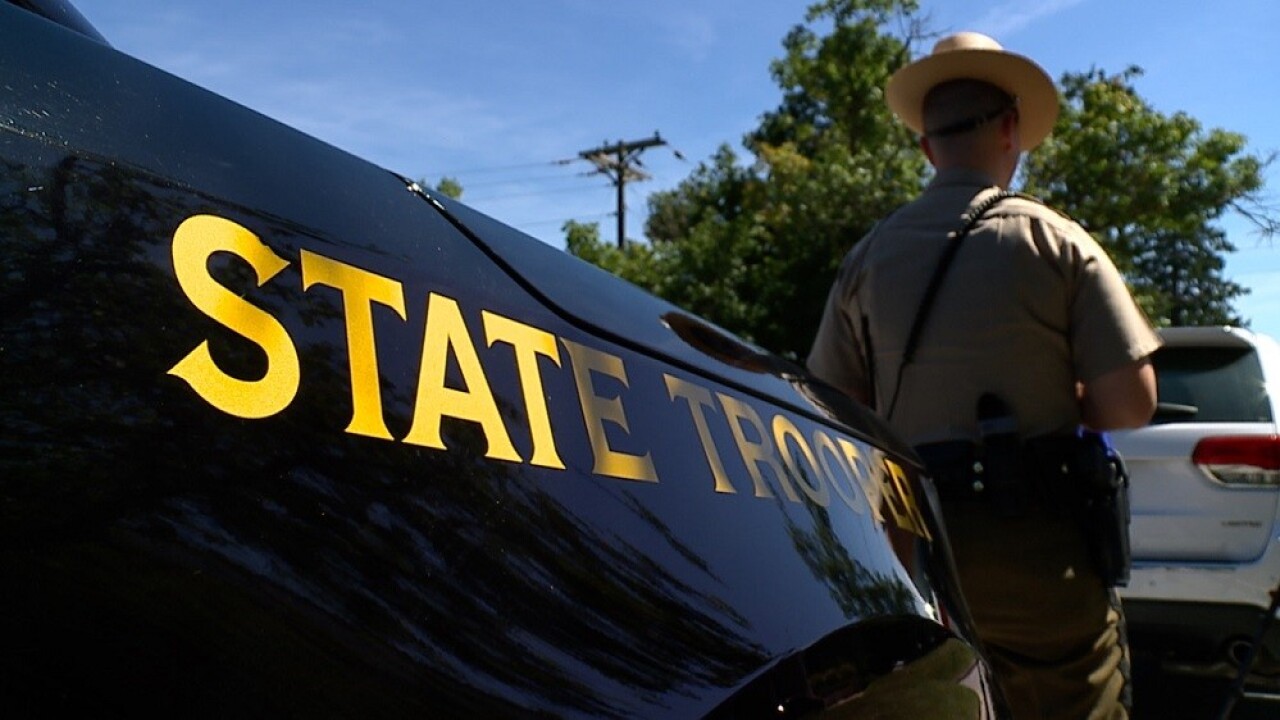 NORTH EAST, Md. — Just two years on the job and Maryland State Police Trooper Kurtis Henry has done something even the most capable and experienced law enforcement officers have trouble doing. Trooper Henry helped intercept $17,500 that was headed directly to a scammer.

The victim, an older woman who did not want to be identified, walked into the North East barracks last month at around six in the morning and explained what had happened. Someone called her claiming her computer virus software was expiring. The caller convinced her to renew for $350, and requested her bank account information. She gave the caller the information then had second thoughts and asked for a refund.

“They then moved some money around in her account and made it look like they gave her too much money,” said Henry.

They moved $35,000 from her savings account and deposited it into her checking account then said they made an error that was their company's money and they needed it back.

She sent the first installment of $17,500 via FedEx overnight shipping.

“He told her to take it, put it in a plastic bag, take that and take construction paper wrap it in that then duct tape that put it in the package then send it,” said Henry.

She sent the package off to California then couldn't sleep. First thing in the morning, she went to the North East State Police barracks.

“I believe that's really pretty much all she had, so her seeing everything that she had go, she sent it away to someone who took advantage of her, it probably broke her heart,” Henry said.

At first, Henry wasn’t optimistic. He’s seen plenty of people lose money to scammers. They’re hard to track down and once the cash is delivered, it’s typically untraceable. However, he told her he’d try his best.

“California's three hours behind us, so when she came in at six in the morning, I called [FedEx] security,” said Henry.

FedEx intercepted the package before it was put on a truck for delivery. The company then contacted the person at the mailing address.

While Henry hasn't been able to track the caller, he did prevent the two packages from being delivered.

“That's what we come out here to do. And when I get to make someone's day and they cry and ask if they can give me a hug for helping them out, it's a pretty good feeling,” said Henry.

Since that incident, Henry’s received three other calls about the same scam or a similar one in the last two weeks. He's advised people to stop responding.

Trooper Henry also wants to remind everyone to never give away their bank account information and seek someone else's opinion, even Maryland State Police, if you're unsure whether something is a scam or not.

If you have a Matter for Mallory, she wants to hear from you. You can contact her using the form below or on Facebook and Twitter.