Time is running out to claim settlement money for old iPhones 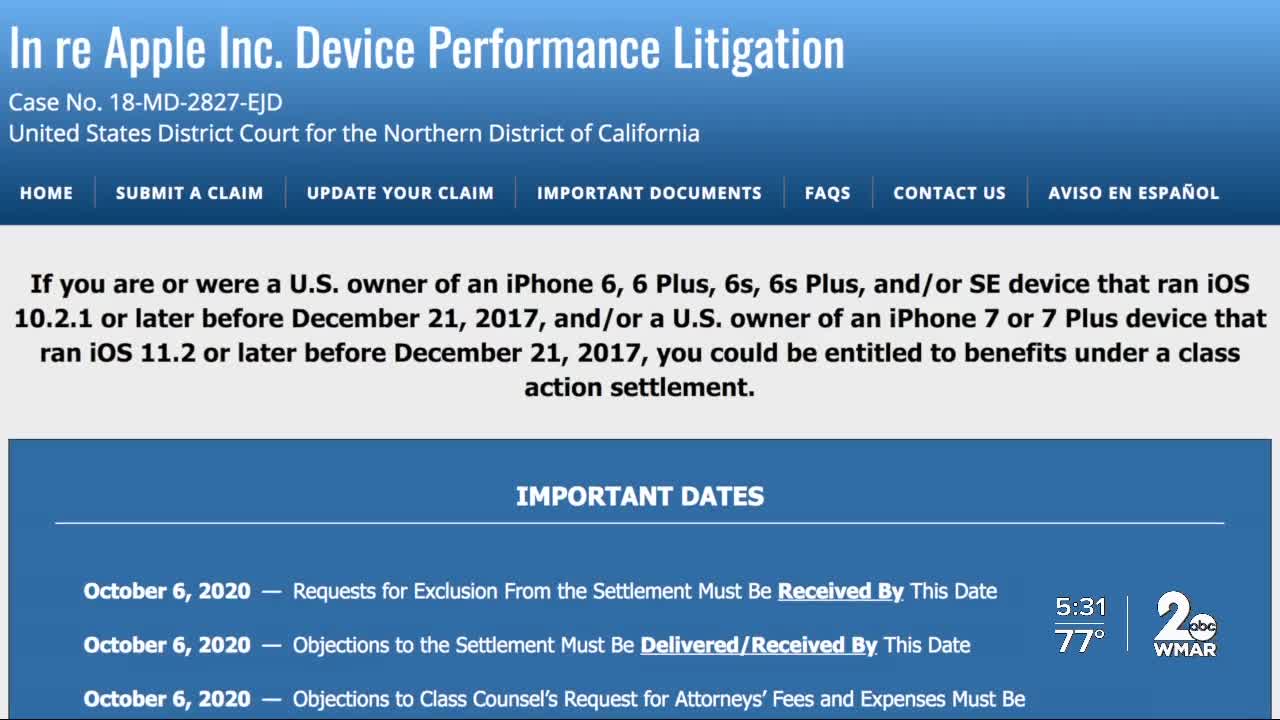 Customers could receive $25 per phone in Apple IPhone settlement

BALTIMORE — Apple iPhone users could see money from a settlement, but are the email notices many have been receiving legitimate?

Earlier this year, Apple agreed to pay up to $500 million to settle litigation accusing the company of slowing down older iPhones to induce customers to buy replacement phones or batteries.

The settlement amount is $25 per device (unless the value of approved claims exceeds the $500 million ceiling) and claimants have until October 6 to file a claim.

Recently, WMAR-2 News Mallory Sofastaii has heard from viewers who’ve received dozens of emails alerting them to this settlement, and many are unsure if it’s a phishing attempt.

After reviewing one of the emails sent to her, the links and information appears to be real.

Angeion Group, the settlement administrator, is overseeing SmartPhonePerformanceSettlement.com. Claimants are being asked to provide the serial number of their affected phones, or Apple user ID.