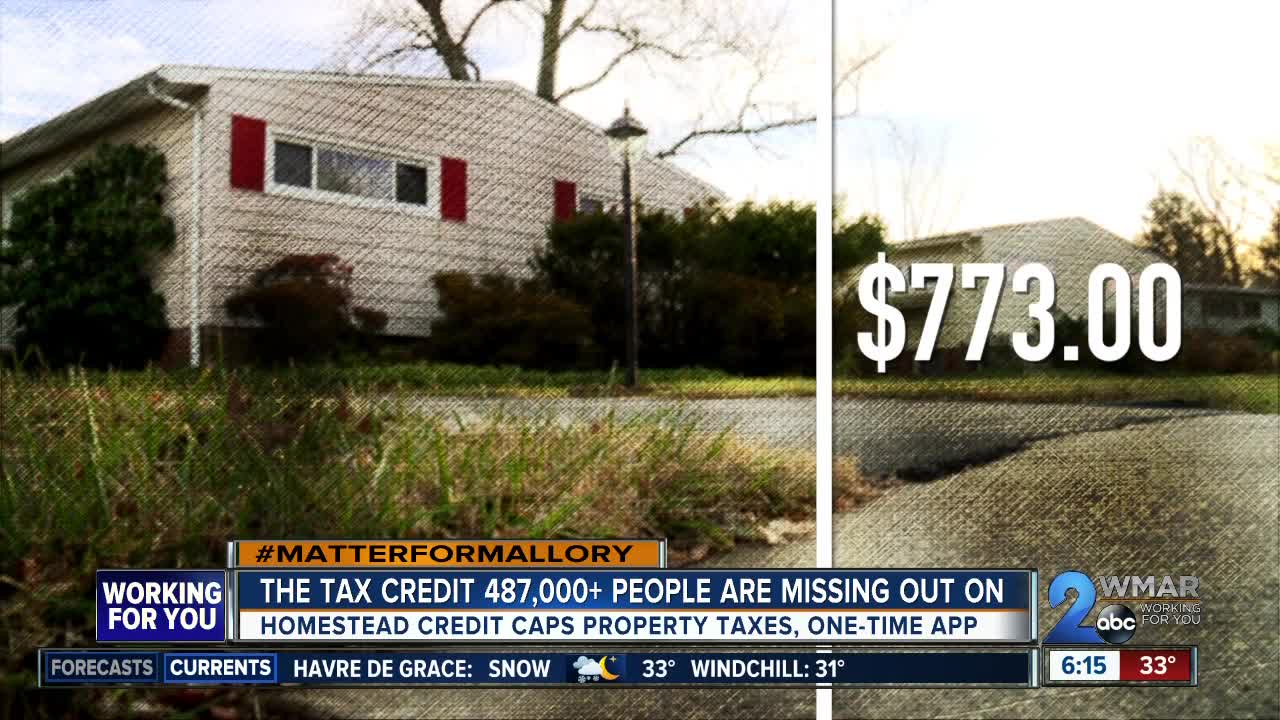 Chick Veditz has lived in his Baltimore County home since July of 1990. Over the years, he's paid tens of thousands of dollars in property taxes, but while he was paying in full, his neighbors were getting a credit. 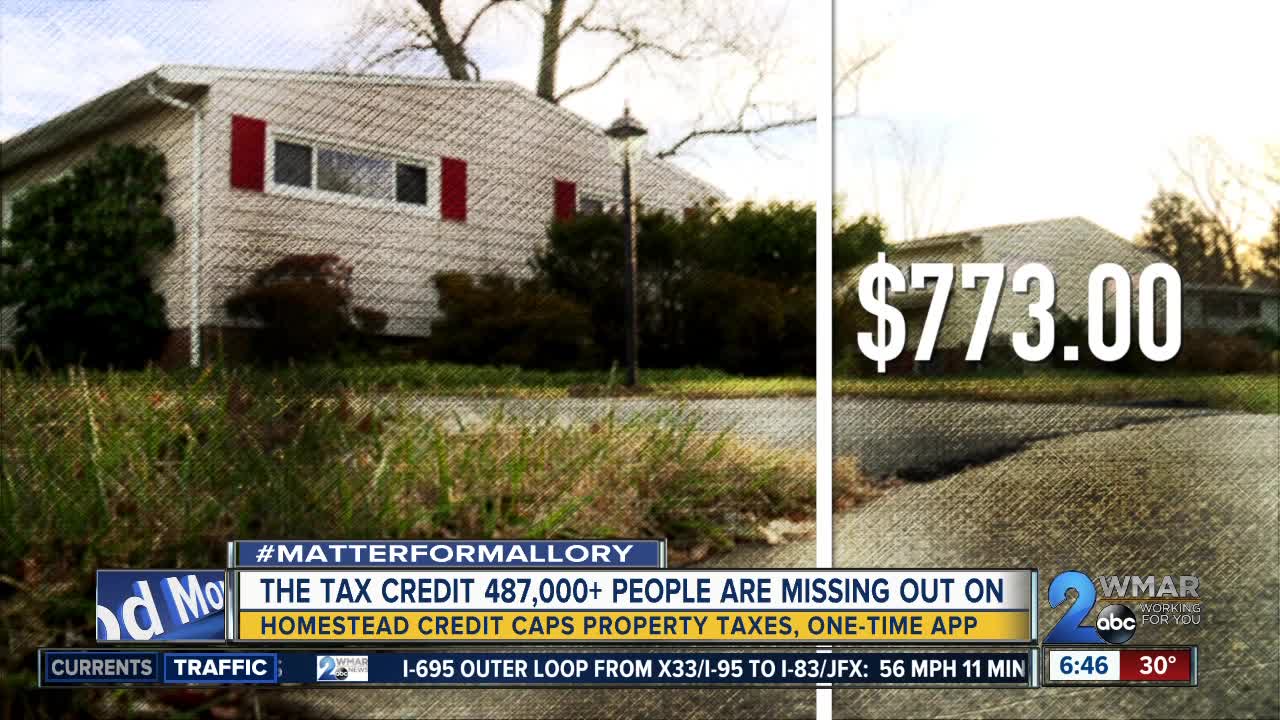 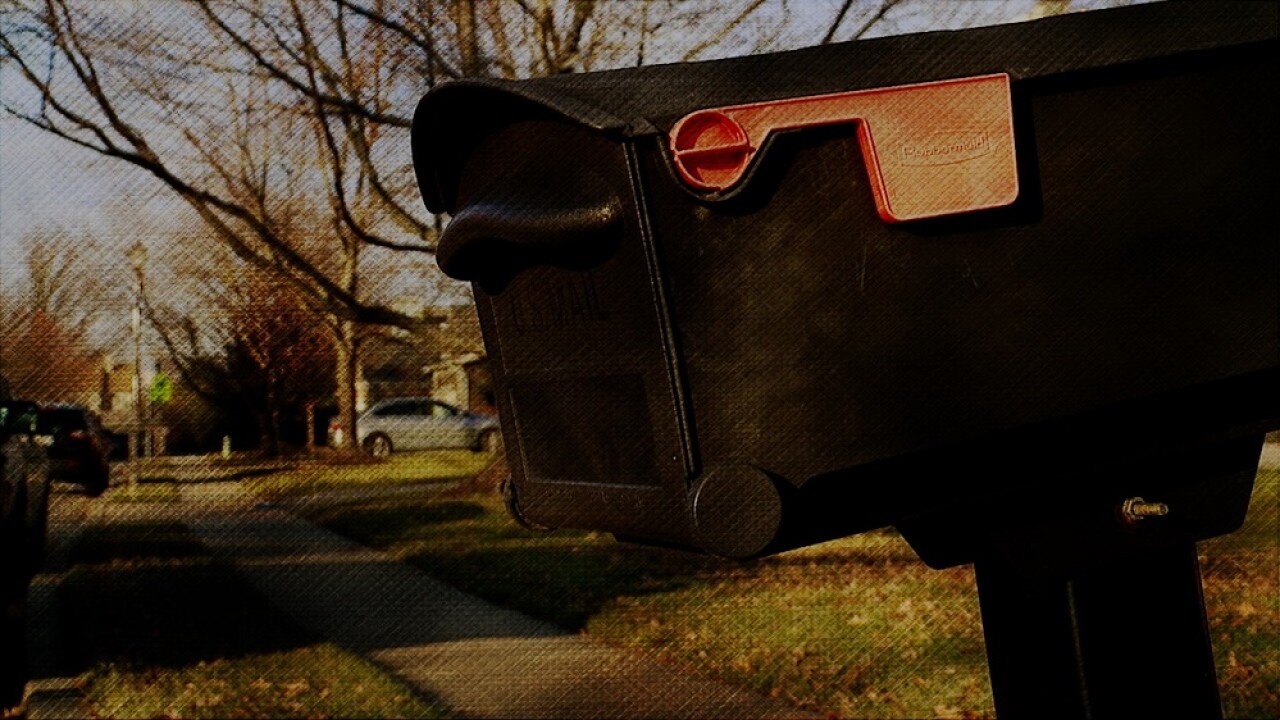 BALTIMORE — Chick Veditz has lived in his Baltimore County home since July of 1990. Over the years, he's paid tens of thousands of dollars in property taxes, but while he was paying in full, his neighbors were getting a credit.

"I didn't even know we could apply for it," said Veditz.

He's not alone. According to the Maryland State Department of Taxation and Assessments (SDAT), 487,739 properties in Maryland that are coded as a primary residence, or around a third of the 1,513,029 properties in the state, do not have a Maryland Homestead Property Tax Credit application on file.

"The purpose of the Homestead Tax Credit is to make it easier for Marylanders to stay in their homes despite rising property values," said Michael Higgs, director of SDAT.

How it works:
If your home's value skyrockets, the state caps the increase at 10 percent then calculates taxes.

And some jurisdictions have even lower caps. In Baltimore County and City, the cap is 4 percent. In Anne Arundel County, the cap drops to 2 percent. And in Talbot County, where the cap is 0 percent, even if property tax rates went up, the assessment value for tax purposes would stay the same.

So for homeowners like Veditz, whose property value increased more than 4 percent but they haven't filed for the tax credit, they're leaving money on the table. Property records show that if Veditz filed for the credit a little more than three years ago, he could saved just over $1,000.

Veditz's next door neighbor, who does have the credit, saved $773 in the last three years.

"Well, everybody out there, I've been totally stupid here blowing a chance to save a lot of money," said Veditz.

Just up the road, WMAR-2 News Mallory Sofastaii spoke with Wendy Fishbein, another homeowner who didn't realize she was missing out on the credit.

After doing the math, Fishbein could've saved around $150 over the last three years.

It's a small break for Fishbein, but according to Higgs, the credit adds up to around $200 million in tax savings for Marylanders each year.

"It can be anywhere from a few dollars to tens of thousands of dollars in tax burden if you have a very expensive home and home values have gone up precipitously in the previous year," said Higgs.

How to apply for the credit:
It's easy to check if you have the credit, and to apply.

Visit the SDAT website and search for your property. Scroll to the bottom under "Homestead Application Status" information to see if your application's been approved or if they don't have one on file.

To fill-out an application, click here. The state also mails the form to new home buyers.

The credit is non-transferable. Once a homeowner sells their home, the credit goes away. The new owner pays the full bill then can receive the credit in subsequent years.

To be eligible for the credit, the home must be the applicant's principal residence, or where they reside for at least six months and one day out of the year.

Baltimore City Mayor Jack Young recently was found to have claimed more than one property as his primary residence.

In 2019, Young's Madison Street address qualified and received more than a $1,000 credit. Young said he plans to return the money.

Director Higgs said the state has an audit team that reviews applications on an ongoing basis, but they also rely on people self-reporting. Anyone found to have claimed the credit on multiple properties, could face a 25 percent penalty. According to a spokesperson with SDAT, the last penalty fine was assessed in 2017.

Controversial credit:
Because of the tax variations from home-to-home, and the potential tax breaks for millionaires, this credit has come under fire.

Critics argue that those tax dollars could be going back to the state and local governments.

But as long as it's still around, you're better off applying for it and sooner rather than later. The amount saved can be substantial for a property that repeatedly appreciates above the homestead cap.

Unfortunately, the credit, like in Veditz's case is not retroactive, but homeowners only need to submit the application once to see if they're eligible.