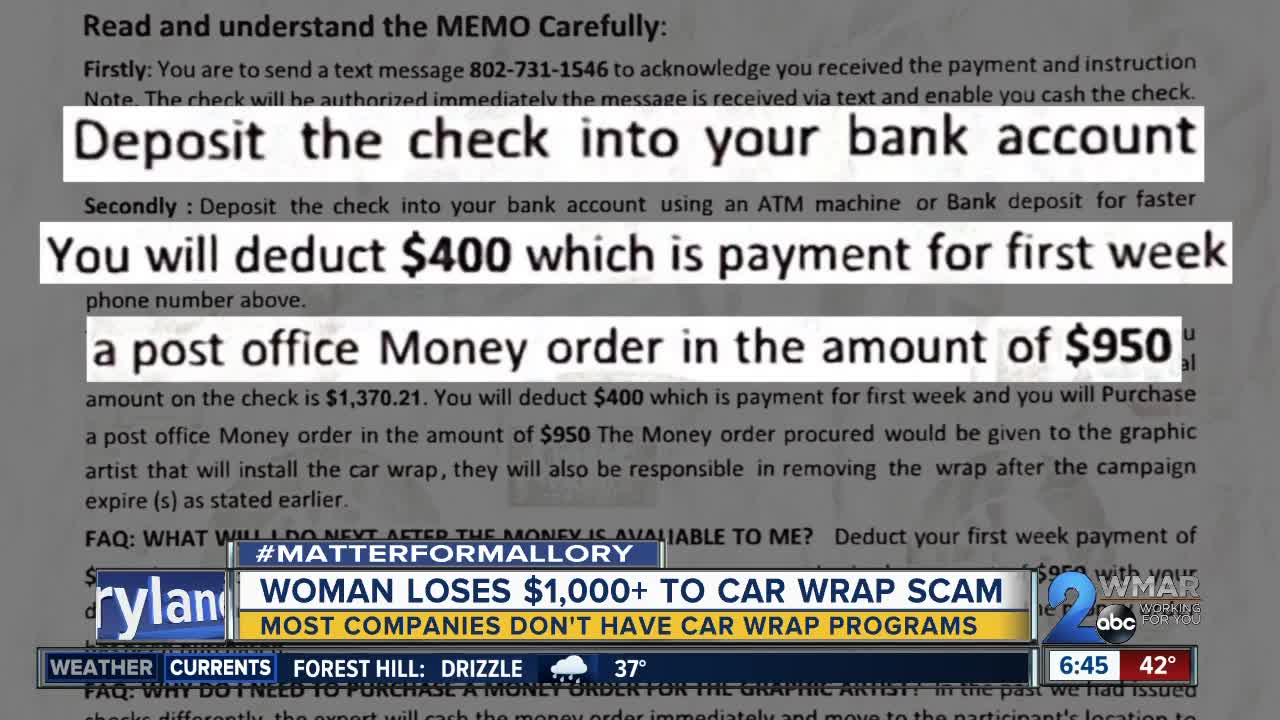 A Glen Burnie lost $950 after being told she could make several hundreds a week by agreeing to putting an advertisement on her car. 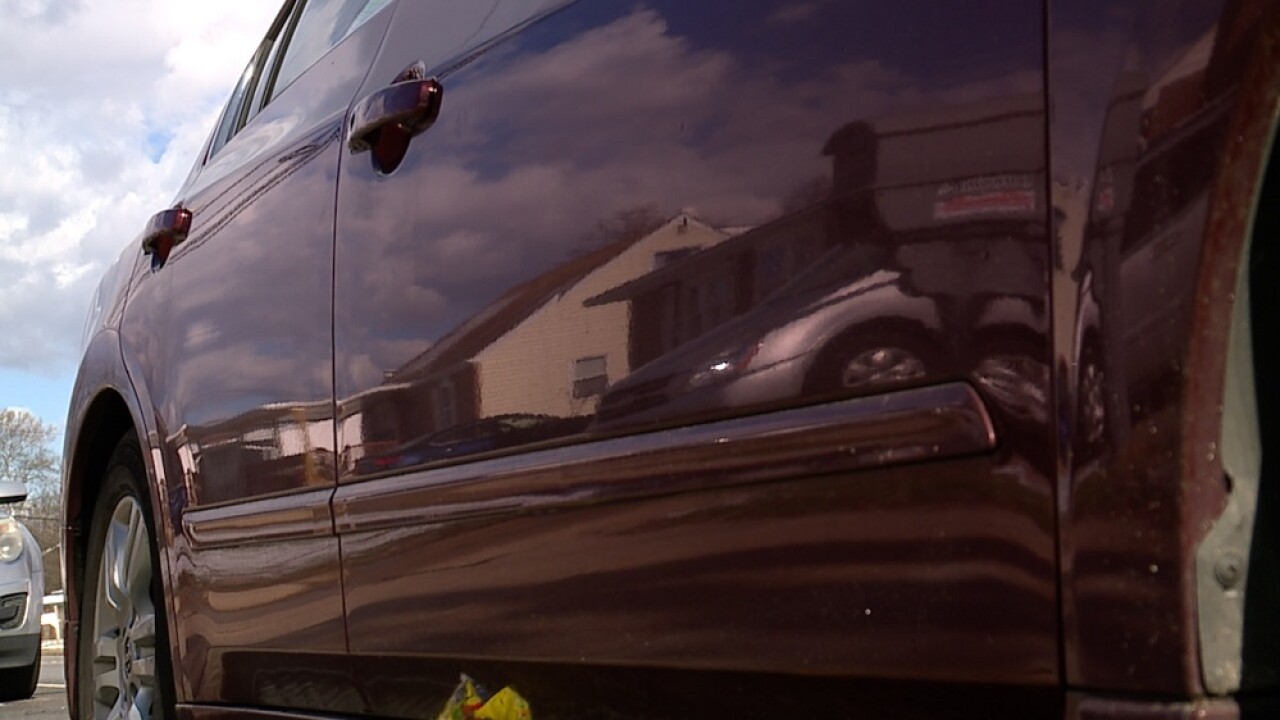 BALTIMORE — A Glen Burnie woman hoping to make money in a car wrap program instead lost more than a thousand dollars.

Gail Young was familiar with car branding and the various companies like Red Bull, Monster Energy, and Rockstar Energy Drink who advertise on their vehicles. So, when she received an offer to get paid for putting an ad on her car, she quickly agreed.

A few days later, Young received a check and a letter with instructions from a company called Kronik Energy Drink.

"I said, alright, this must be for real, so I did exactly what it told me," Young said.

Young was told to deposit the $1,340 check she'd received, deduct $400, which is payment for her first week, then purchase a post office money order for $950 and send it to the graphic artist that will install the car wrap.

"And everything looked cool. Well, three or four days later [after sending the money], I checked my bank account and it said minus the amount that was on that check. I freaked out of course, and I went to my bank and they said insufficient funds," said Young.

The bank told her there was nothing they could do, and the company stopped responding to Young's calls and texts.

"It is actually a forgery, a fraudulent check. If your bank accepts that and you deposit it, any money that you actually spend out of that deposit, you are accountable and responsible for," said Angie Barnett, president and CEO of the Better Business Bureau serving Greater Maryland.

Banks are required by law to make deposited funds available quickly. Just because the check cleared, it doesn't mean it's good. By the time the bank discovers it's a fake check, the scammer already has your money.

"Silly me, I thought cashier's check meant the money is real, all you have to do is cash them. Sign them, cash them," said Young.

The BBB has received reports about these car wrap scams for years.

"This one was around Kronik Energy Drink, I found evidence of this being reported in 2014," Barnett said.

And yet, the ruse continues. The victims keep growing.

Since Young fell for the scam, she's received three other checks in the mail and offers to participate in car wrap programs, including one from someone claiming to be a representative of Budweiser.

"Red Bull does not pay members of the public to advertise Red Bull products by wrapping personal vehicles."

The Federal Trade Commission also recently sent out a warning that these scams are targeting college students. The agency wants to warn consumers that if you receive a check and are asked to send money back, this is a scam. Talk to someone you trust or your bank before taking action.