Neighbors desperate for a solution to pervasive illegal dumping problem 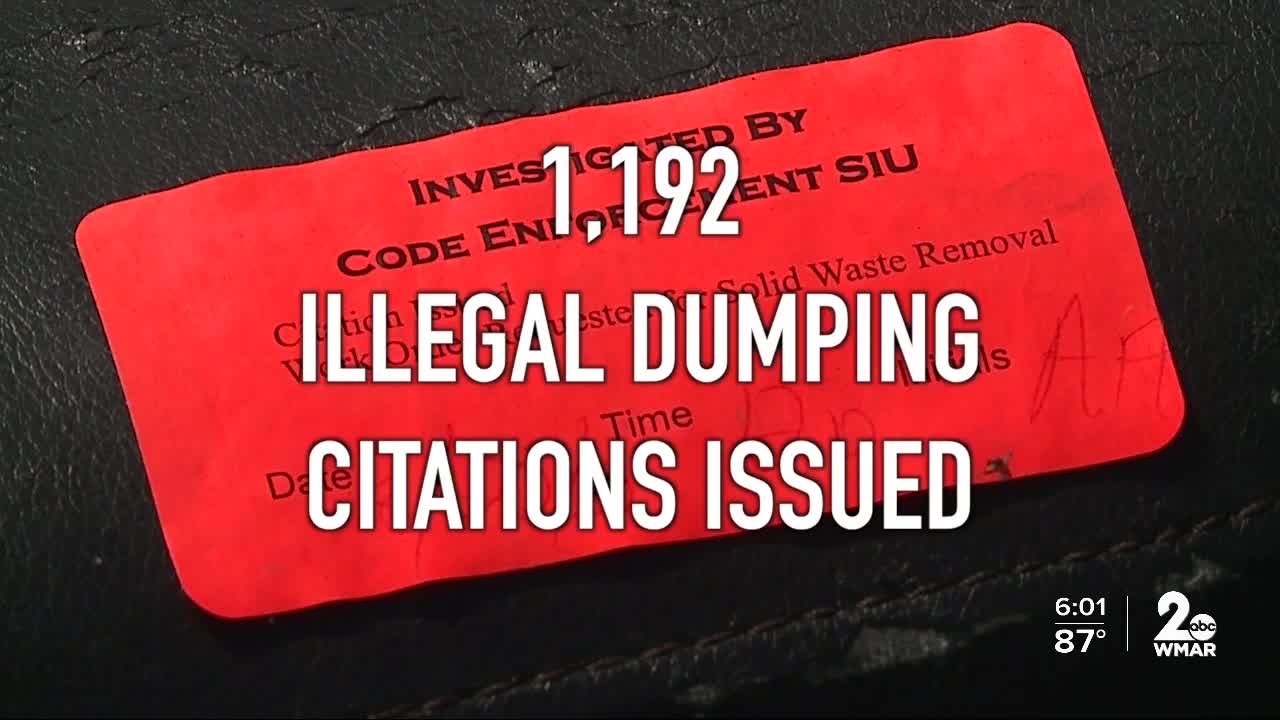 Baltimore City is experiencing delays in trash and recycling pick-up due to staffing shortages and issues related to the COVID-19 pandemic, but neighbors in Westport say it's been happening to them for years, particularly with illegal dumping. 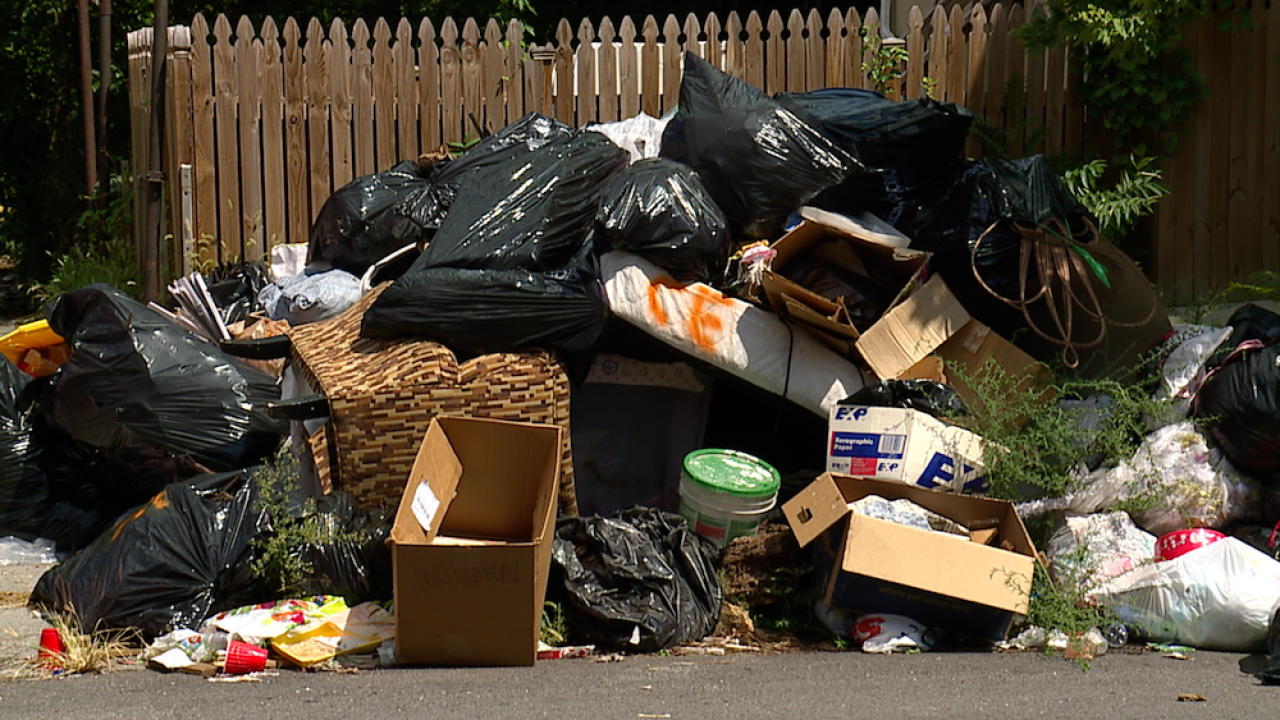 BALTIMORE — Baltimore City is experiencing delays in trash and recycling pick-up due to staffing shortages and issues related to the COVID-19 pandemic, but neighbors in Westport say it's been happening to them for years, particularly with illegal dumping.

The small community is just two miles from the Southwest citizen drop-off center on Reedbird Ave., and roughly 10 miles from the Quarantine Road landfill, and yet, there are mounds of garbage on numerous street corners.

"People will cut through here and say, 'Oh, this looks like a great place to dump and leave it here overnight, I won’t have to pay any fees at the facilities that we do have," said Keisha Allen.

On Sunday, Allen tweeted pictures of a pile of trash and how she wanted to be able to enter and leave her neighborhood without having to take pictures for 311.

😫I just want to enter & leave my neighborhood without having to stop to take pics for 311. The dump is LESS than 5 mins away. Quarantine Rd is 15 mins. I want to cry. pic.twitter.com/uB3ASUVtJ4

Roughly two blocks away, Eric Morris is also tired of seeing trash accumulate in the alley behind his home.

"At this point, I don't know what to do," said Morris.

WMAR-2 News Mallory Sofastaii first spoke to Morris in April of 2019 after he’d been trying for 10 months to get the area cleaned up. It finally happened, now a year later, he’s back to where he started.

"Clean up this area, there’s trash. And can we get a camera or something so it can prevent people from dumping here? I think if there's a camera’s then people will say, 'Oh, I might be on-camera, I’m not going to do that,'" Morris said.

A DHCD spokesperson said they have several in Westport and surrounding areas, but cameras won't work at some locations because of the high amounts of traffic.

"There are several factors that determine where we deploy cameras, including requests from the community, other agencies, and also observations from our investigators who determine the viability of placing a camera at certain locations. The cameras won’t work at some locations because of the high amounts of traffic that passes through the area, which causes an issue because the cameras have limited storage space and would also be capturing non-illegal, motion activity."

Allen agrees cameras may help. She also wants two trash pick-up days, and the City to come up with a game plan to put an end to the multiplying trash mounds that double in size overnight.

"They just assume this is Westport, we’ll get to them. We pay taxes just like the top five affluent neighborhoods in this city and we deserve a quick response to pick up," Allen said.

She knows its people that create the mess, not the City, but they're desperate for help in cleaning it up.

"If the City has any advice for me, I’m sure I’m willing to take it as well as the neighbors. Just help us. Help us keep our neighborhoods beautiful," Morris said.

Allen also worries that the service disruptions and increase in evictions will make the problem worse.

"As bad as this looks, this is the beginning," said Allen. "If we don’t get a grip on evictions and how to handle it and how to relocate people who may have to move, this is coming to your neighborhood real soon."

To make Baltimore a cleaner city, the Department of Public Works has said a behavior change is essential, which they believe can be accomplished through a combination of education and enforcement.

WMAR-2 News sent DPW the service request numbers for the incidents described. In an email, a DPW spokesperson wrote:

"We are aware of the situation and will get this cleaned up immediately while working with Code Enforcement regarding the findings of their investigation.”

Illegal dumping fines vary from $50 - $30,000 and in some cases include imprisonment.

The City has several citizen drop-off centers where residents can bring their trash and large items. Click here for more information or see the list below.