Stephen Everhart is banned for life from running a charity of fundraising in the state of Maryland.

BALTIMORE — A Burtonsville man is banned for life from running a charity or fundraising in Maryland.

Stephen Everhart is accused of making up law enforcement charities, asking for money, then using the money on himself, according to the Maryland Office of the Attorney General.

Everhart is believed to have collected $1 million from 8,000 donors dating back to 2012. Investigators reviewed bank records that showed that Everhart deposited the contributions into his account and used the money for his own salary, food, cash withdrawals, shopping and casinos.

The Maryland Office of the Secretary of State found that Everhart would make-up the name of a charity, call a potential donor, and ask for money. He'd then collect donations using a Cash On Delivery service. If the person donated, he would send them a thank you letter.

In the letters, Everhart wrote that the donations went to programs like Shop with a Cop to help needy children, and providing emergency financial aid to service members and military families who run into unexpected financial difficulties.

A spokesperson with the Maryland Office of the Attorney General (OAG) would not say if Attorney General Brian Frosh plans to pursue criminal charges. The OAG does not confirm or deny the existence of any investigations.

Last September, the Secretary of State issued a cease and desist order after Everhart failed to go through the proper channels to solicit donations.

WMAR-2 News tried contacting Everhart but were unable to reach him by phone. 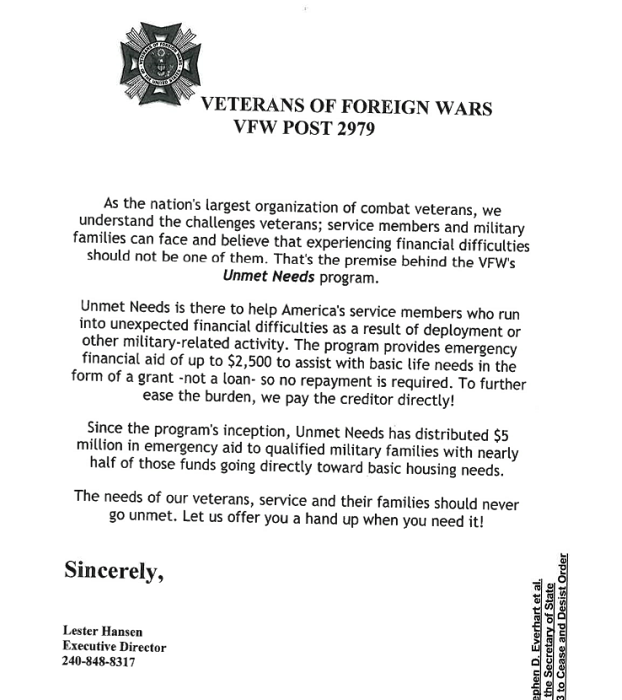 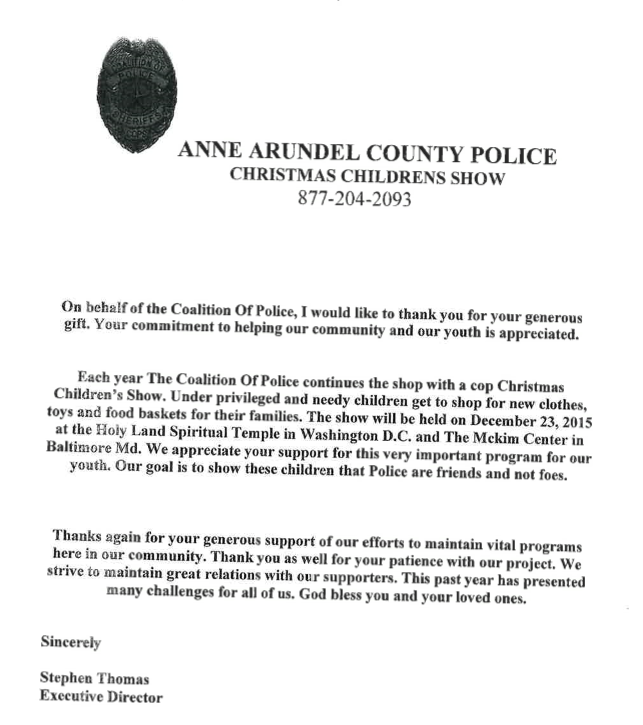