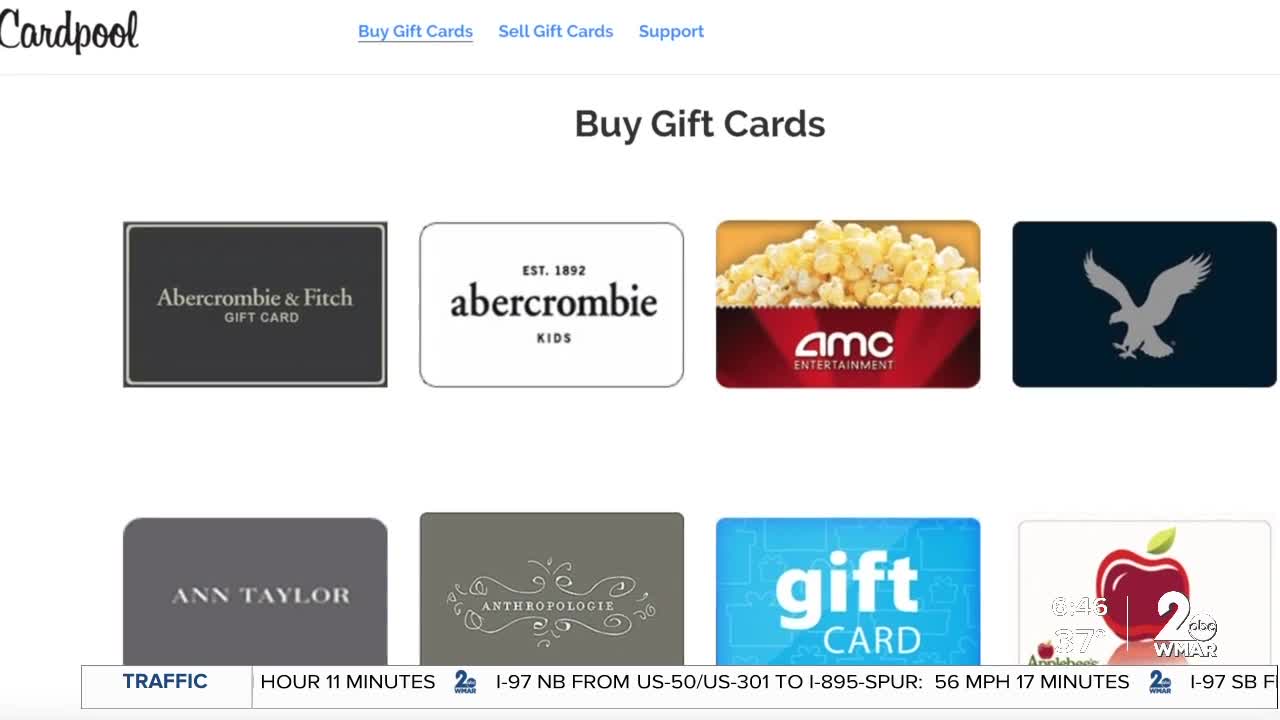 BALTIMORE — If you're looking to sell or exchange a gift card you received over the holidays, be careful of how much information you provide to the buyer.

The Better Business Bureau has issued an alert for Cardpool. In the last three years, the BBB has received more than 2,000 complaints. They include customers being sent gift cards with zero balances, poor customer service, and gift cards being rejected and returned with a zero balance.

Jean Arthur received a $50 Applebee's gift card from a family as a thank you gift. There aren't any locations near here, so she first asked her family if anyone wanted it. No one claimed the gift card, so she searched for a gift card resale site.

"Researched them and one you put up on an auction sort of thing, on the market, and the other they buy, which was Cardpool," Arthur said.

Cardpool agreed to exchange her gift card for a $35 Amazon gift card.

"I didn’t get it in the timeframe they said I would get it, so I emailed and there’s no other way to contact them. There’s no phone number or anything, so I emailed and said I haven’t gotten a card yet and I just got a canned response, the auto response saying we’ll get back to you," said Arthur.

She emailed three more times then after leaving a review on Trustpilot, she received a different response.

"They responded to that review saying the gift card was used," said Arthur.

Arthur hadn’t checked the balance beforehand, but doesn’t believe the family would’ve gifted her a used card and thought it was odd Cardpool didn't say something sooner.

"I think it was a legitimate gift card and somewhere somebody used it. My gut feeling is that it was used after I submitted my information to the website," said Arthur.

"We just give a lot of warning to this general practice overall because we really haven’t seen a lot of successes," Barnett said.

And the harsh reality, and why scammers in particular love gift cards, is once the money’s gone, it’s gone.

"You have no recourse. If I go buy gift cards and I read the code on the back to a scammer, once they do it and spend that money, there is nothing I can do. And the same is for these resellers. If the balance is drained, you really actually can’t even track it," Barnett said.

If you’re stuck with a gift card you won’t use, Barnett recommends checking with family and friends to see if anyone is willing to swap with you or donating it to a local shelter.