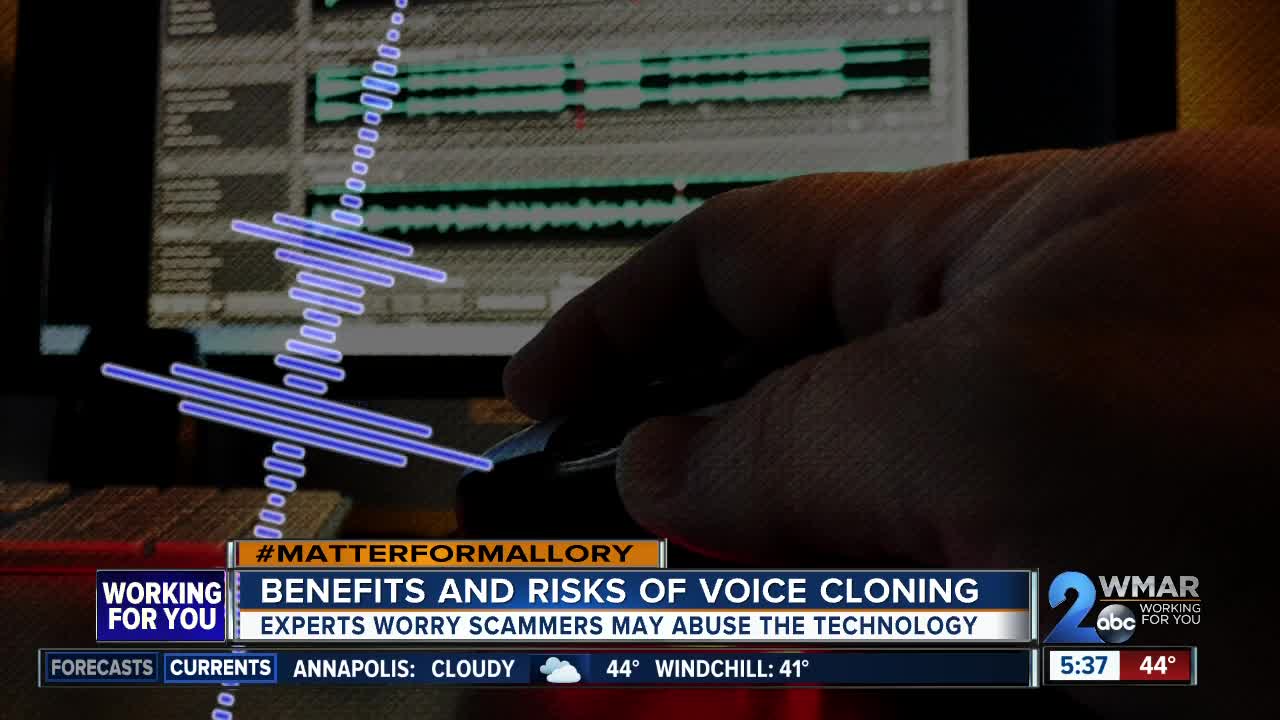 Voice cloning can help people who have lost the ability to speak to communicate using technology that simulates their voice, but there's concern the technology can also be used by malicious counterfeiters looking to scam consumers.

BALTIMORE — A new technology is on the radar of the federal government.

On January 28, the Federal Trade Commission plans to hold a public workshop where experts are invited to speak about the positives and negatives of voice cloning.

"I can just type stuff into a text editor and then push play and it will say it," said Dr. Matthew Aylett, the chief scientific officer of Cereproc, a company in Scotland that cloned the voices of both Ebert and Dupree.

Voices are a part of our identity. They're so recognizable that Minn Hee Kim, an investigator with the Federal Trade Commission, worries voice cloning could be used to potentially deceive consumers.

"I pick up the line and it sounds just like my husband. And my husband says, 'Hey honey, my phone died. I have to borrow a phone from my friend because I forgot we have a payment to make that's due today. Could you please make that payment?,'" said Kim.

It's been reported that voice cloning was used to convince the managing director of a British energy company that his boss was asking him to wire more than $200,000 to an account in Hungary last March.

Even without voice cloning, many have fallen victim to scammers pretending to be a grandchild or family member asking for money to get out of a difficult situation.

"Could there be something that alerts you to hey, that might not actually be the real person on the other line even though they sound similarly like the real person?," asked Kim.

These are questions Kim, along with the FTC Commissioner, and others, hope to have answered at the workshop in D.C. The nearly five-hour event will include attorneys, augmentative communication professionals, technology experts, and academics.

They also plan to address the ethics of voice cloning and whether someone can clone your voice without permission.

"There's no clear legal framework for how people's identities in terms of their voices are protected and that needs to change," said Aylett.

Dr. Aylett knows that as the technology becomes more available, this could become an issue, but there's also no going back.

"The ability to express yourself, to tell jokes, to have decent timing, to sound annoyed, yah know, these are things we take for granted when we have a normal voice," Aylett said.

And for now, voice cloning is being used to help those who've been silenced speak again.

If you're interested in voice cloning, Dr. Aylett recommends taking a few hours to record yourself speaking in a quiet place. He said it's important to "bank your voice," so you have it in case you ever need it.