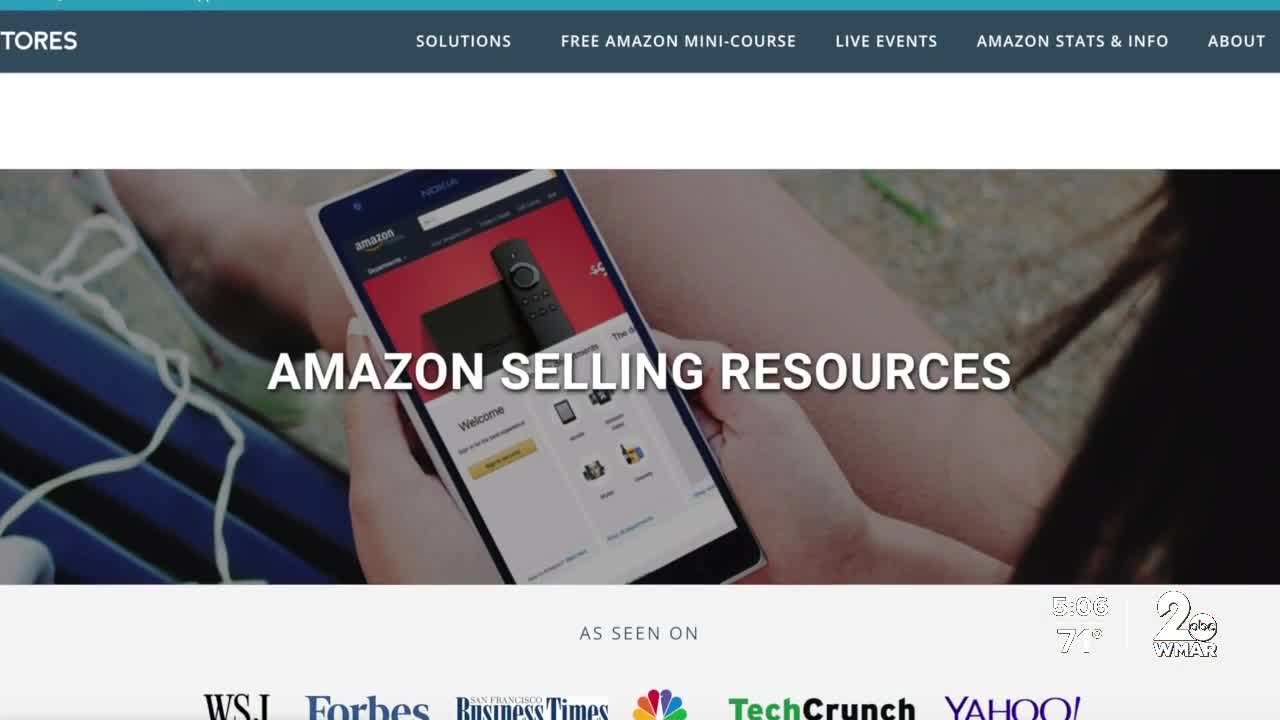 The Federal Trade Commission is issuing refunds to victims of a “get-rich-with-Amazon” scheme. 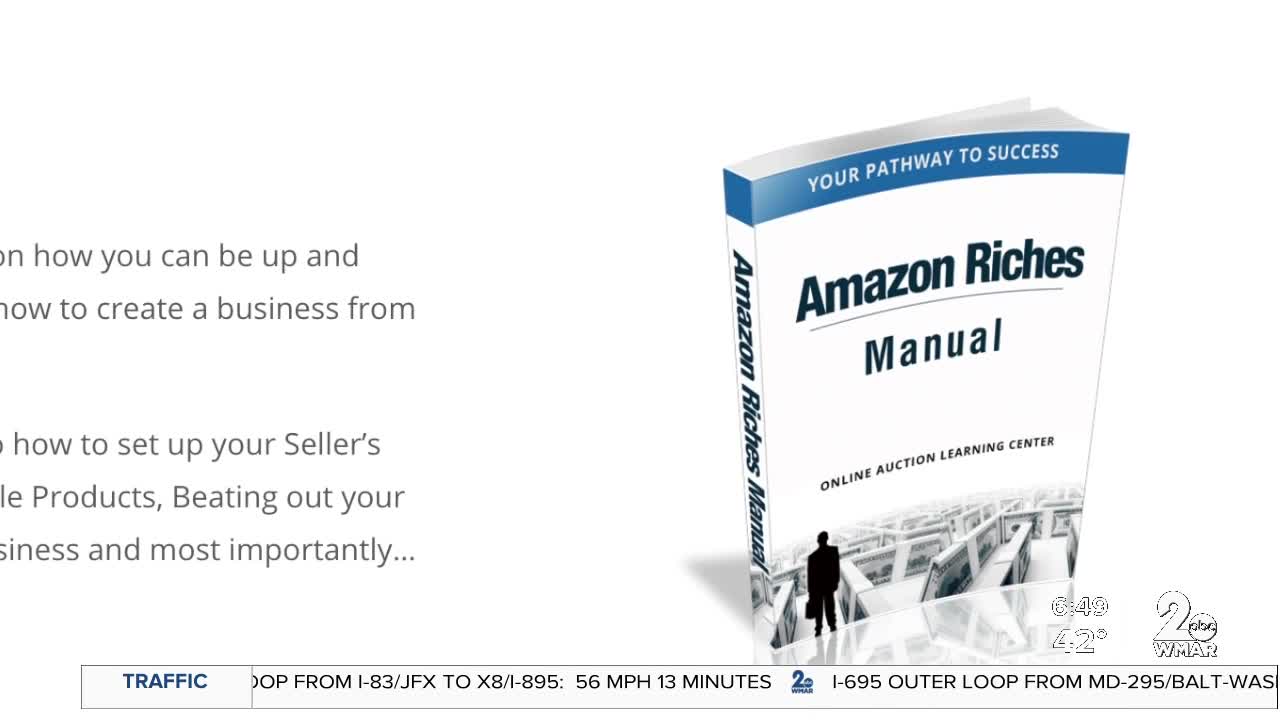 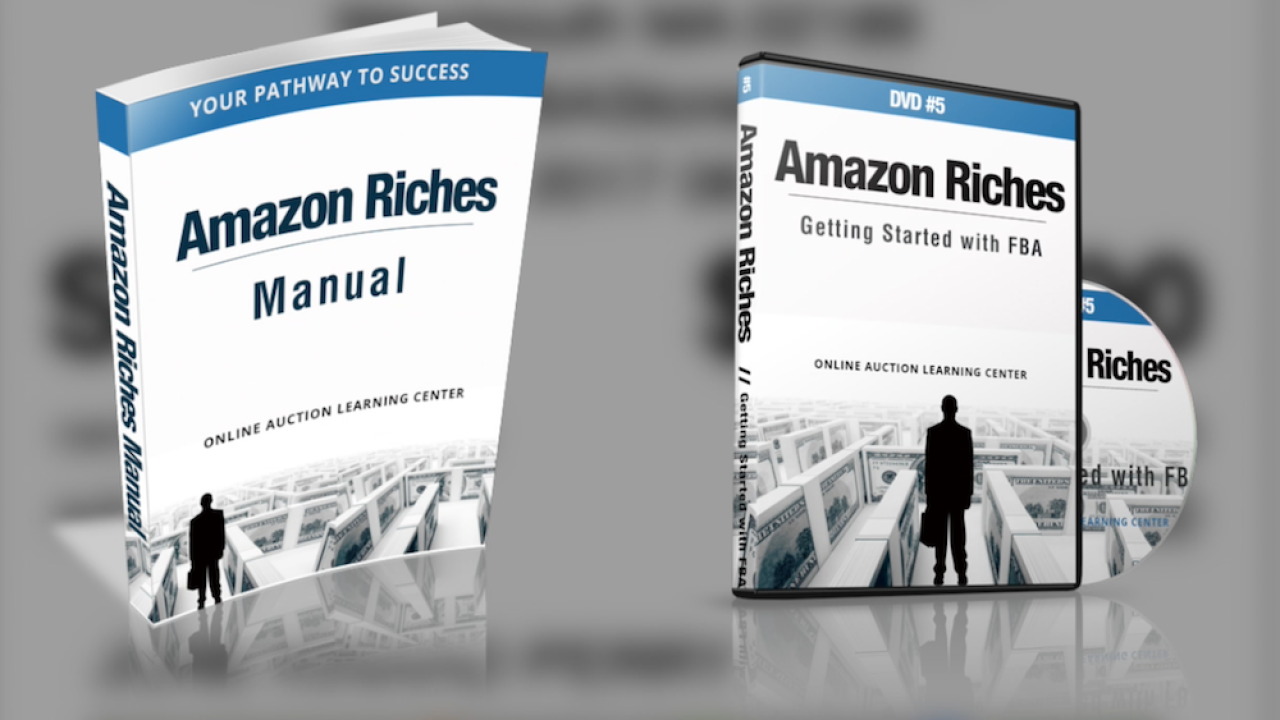 BALTIMORE — The Federal Trade Commission is issuing refunds to victims of a “get-rich-with-Amazon” scheme.

June Perry was looking for ways to supplement her income and saw an advertisement on TV for the Amazing Wealth System. Perry paid nearly $1,000 to attend a three-day workshop in Columbia, Md. The operator, FBA Stores, promised to teach attendees how to create a profitable online business selling products on Amazon, but after the first several hours, Perry learned the speakers wanted more money before revealing any secrets.

“They were informing people they were going to be millionaires,” said Perry. “I sat next to a gentleman who retired from the public school system and people were investing $35,000.”

Perry said they even pressured attendees to come up with the $35,000 investment by taking out loans, refinancing their homes, or dipping into retirement savings.

“On Sunday, we were in a circle and the people who couldn’t get the $35,000 or more, they were telling us how we’ve got to do better,” said Perry.

Perry didn’t buy in, but she also didn’t think it was a scam, until recently. Three years after attending the conference, she received a check in the mail from the Federal Trade Commission for $81.

The consumer protection agency reached a settlement with the business operators in 2018 for falsely claiming their “Amazing Wealth System” would earn buyers significant amounts of money, instead, many consumers lost thousands of dollars, experienced problems with their Amazon stores, including losing their ability to sell on Amazon.com. The defendants also had no affiliation with Amazon.

Refunds are only a fraction of what victims lost
Despite a $102 million judgment, the FTC is issuing $9.1 million in refunds to 13,348 customers, with the average refund amount of $684.24.

In a Facebook group created for victims of FBA Stores, members said they only received a fraction of what they lost in the scheme.

Where does the money go?
“The $102 million is our best estimate of what the consumer injury was, unfortunately, what the $9 million refund reflects is what we were able to collect from the defendants at the end of the day,” said Roberto Anguizola, a staff attorney for the division of marketing practices with the FTC.

Anguizola added that a lot of the money goes into promoting a scheme, in this case, TV ads, direct mail, and promotional speakers.‪

‪“A lot of these defendants live lavish styles and by the time we get to shut them down, you’re never going to have the full amount of the consumer injury available,” said Anguizola.

According to a report by the court-appointed receiver, after all the expenses, the defendants profits were around $10.3 million, $9 million of that amount is being refunded to customers.

Perry would like to see a full refund of what she paid, but she also thinks about the room full of people who lost a lot more.

The scheme is believed to have gone on for four years. If you believe you’re owed money, you can contact the FTC by calling 1-877-FTC-HELP (382-4357), or filing a consumer complaint online.‪

Customers who received checks are encouraged to cash them within 60 days. The FTC will then evaluate how much money is leftover and may send a second or third round of refunds until all of the money is back in the hands of consumers.

To learn more about the FTC redress process, click here.

In 2019, the FTC issued more than $232 million in refunds. Click here to view the most recent FTC cases resulting in refunds.

WMAR-2 News Mallory Sofastaii has reported on scammers posing as the FTC and reaching out to people about refund checks. The FTC will never require consumers to pay money or provide information to cash a refund check. Watch the video below for more on FTC refund checks and red flags.

If customers feel they’ve not received a fair refund amount based on what they lost, they should reach out to the redress administrator and provide additional documentation showing the amount of loss.

Customers who have questions about their refund amount, should speak with the refund administrator by calling 1-888-383-0327.