The families survived fires but could still lose everything after their home improvement contractor abandoned their projects.

BALTIMORE — Several Maryland families are left with half-built and uninhabitable homes after the contractor they hired to repair their fire-damaged homes went out of business. They say they gave Building Contractors of Maryland, Inc. tens of thousands of dollars in deposits, but the company never finished the work and hasn't returned their money. 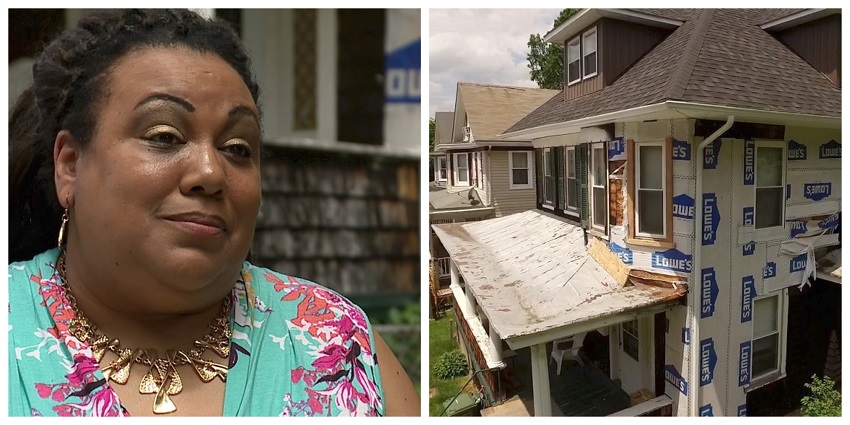 Allyson Wynn's home caught fire the night of February 4, 2017. Had it not been for her dog barking, she said her family may not have survived the fire.

"And when I looked out to the left, my neighbor's entire house was engulfed in flames, and my house had just started burning on the side," said Wynn. "We ran across the street to the neighbors and literally just watched this fire take over our home."

The house had been in her family for 50 years, and she was heartbroken to see it burn in front of her eyes. The estimated damage to the home was around $200,000.

Wynn's insurance company moved her and her son into temporary housing, then sent a list of home improvement contractors. Wynn was impressed with Building Contractors of Maryland, Inc.'s website and A+ rating from the Better Business Bureau. She signed a contract with BCOM in April of 2017. Nearly two years later, the company notified her that the repairs were almost done.

"Karl Johnson, who is running the company at this time and the person that I've been working with throughout this entire process, he had picked up a check from me to continue doing the work, and a week later, I found out he went out of business," Wynn said.

Johnson sent Wynn an email on April 3 that BCOM went out of business on March 28 and the company planned to file for bankruptcy.

Jenna Cunningham is in a similar position. 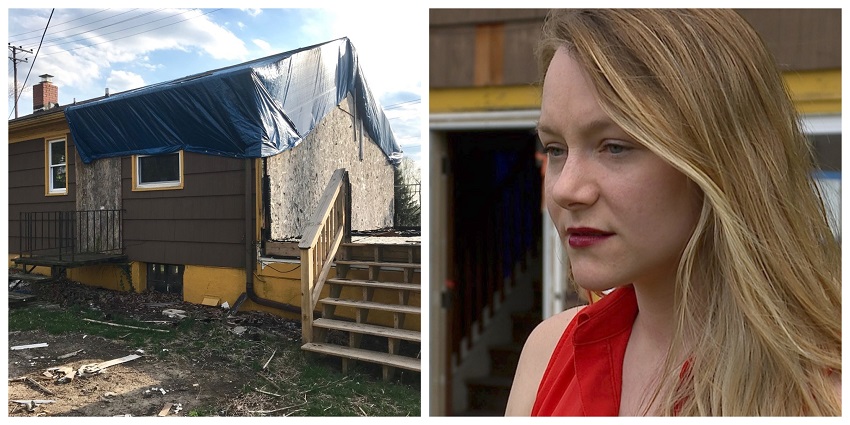 "We were asleep in bed when the fire happened, and it actually came into my son's room first, and they're still kind of coping with it. Whenever they hear loud beeps they kind of get really anxious," Cunningham said.

Like Wynn, her insurance company sent her a list of contractors. She spent months researching the different companies and decided on BCOM.

"I called every single reference that [Karl Johnson] gave me. They had wonderful things to say," said Cunningham.

She gave Johnson $71,000 in December of 2018. A few months later, she said he had obtained the proper permits but hadn't done much work on the house. When she demanded to see progress, Johnson sent the same letter he sent to Wynn.

"I messaged him and said, 'Is there any hope of me getting my money back, Karl? Any hope, do you have any idea?' And he didn't respond," Cunningham said.

Cunningham reported the situation to her insurance company.

"Their response was an immediate, 'We're very sorry, but we're not liable for this,'" she said.

Aside from figuring out how she'll find the money to renovate her home, Cunningham was informed that her insurance company will not provide her with additional funds to pay for temporary housing. She estimates she'll only be able to afford rent for the next three to four months.

"My children and I could be homeless and not have anywhere to go, or be going $3,000 into debt every month. That's the position he's left us in," Cunningham said.

Cunningham is also frustrated that there wasn't more she could've done to avoid the situation.

"And that's another thing that kind of hurts, is I did all my homework and it didn't pay off," said Cunningham."

Angie Barnett, president and CEO of the Better Business Bureau serving Greater Maryland, said they reached out to BCOM after receiving complaints that the company had accepted deposits and didn't complete the work.

"You advise people to check licensing, make sure the website is active, there's good communication, there's a contract, in all of these cases that actually occurred," Barnett said.

The BBB flagged BCOM as out of business, but looking at the company's website, you wouldn't know it.

And Paul Stanley, the former resident agent of BCOM, recently received a Maryland Home Improvement Commission contractor's license in March of 2019. He transferred ownership of BCOM in April of 2019.

"A normal homeowner looking for normal home improvement work would perceive this business to be operating and legitimate and that is our concern," Barnett said.

There's also no online evidence the company has filed for bankruptcy, as stated in their email.

Reporter Mallory Sofastaii tried contacting Johnson. She went to the BCOM office in Baltimore. The door was locked with a closed sign in the window. She also tried Johnson's phone, email, and Facebook, but never received a response.

"I really don't think there's much out there to help the consumer," said Wynn.

Limited options for stranded consumers
Wynn and Cunningham considered taking legal action but were advised by attorneys that legal fees alone could cost more than they lost.

Even if they were to receive a favorable judgment, there's no guarantee they'd get their money back. In March, a judge awarded a former customer of BCOM a judgment of nearly $4,300. The customer said he still hasn't received any money from the company and is looking for a way to get them to pay.

Cunningham asked the Baltimore County Police Department to take on her case. They told her it was a civil matter.

Both Wynn and Cunningham have filed claims with the Maryland Home Improvement Commission Guaranty Fund, a Fund that compensates homeowners for money lost to licensed contractors that violated Home Improvement Law. Even if their claims are approved, the Fund has a maximum recovery of $20,000 per consumer and $100,000 per contractor. Seven people have filed complaints, so if all seven were to be approved, Wynn and Cunningham would receive less than the $20,000 cap, which doesn't cover all of what they've lost. In addition, the MHIC warns that the hearing process, including appeals, may take more than two years.

To learn more about the Guaranty Fund and how to find a licensed home improvement contractor, click here.

And if you have a Matter for Mallory, she wants to hear from you. You can message her using the form below.