Check scams are on the rise, here's how to spot the fakes 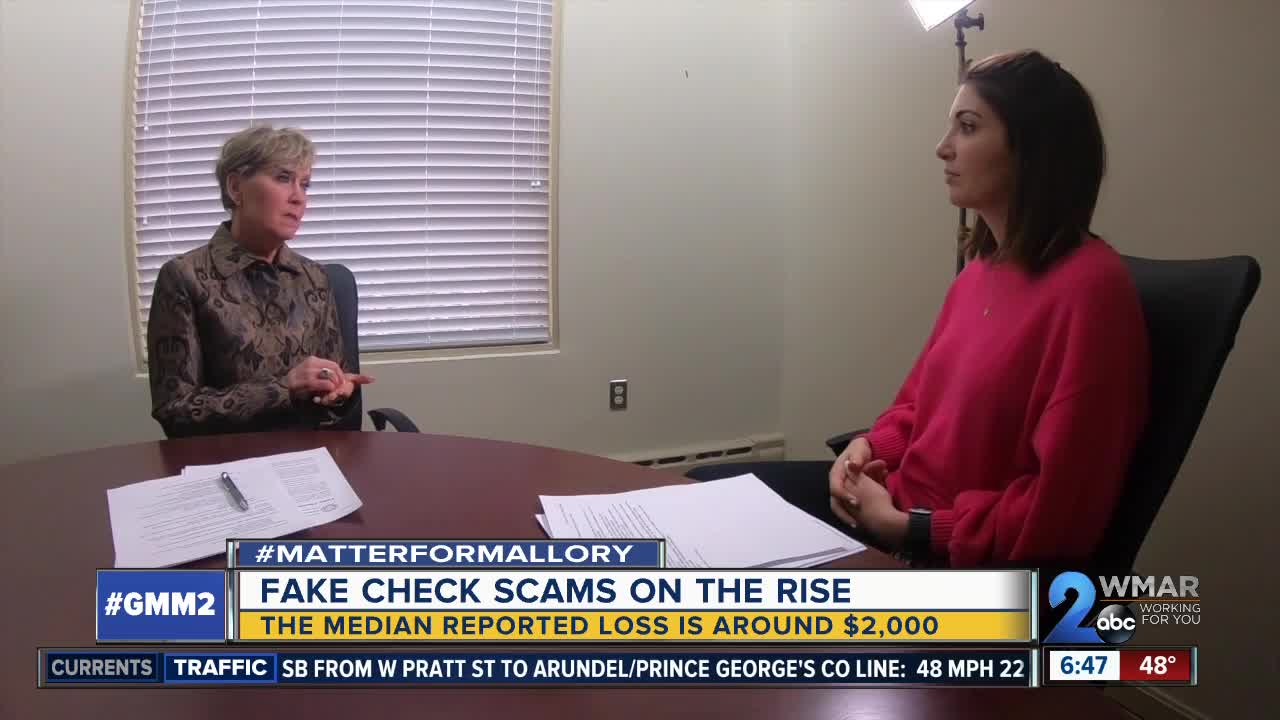 Scammers are banking on you not knowing the process after a check is deposited. Experts explain how to spot the fakes. 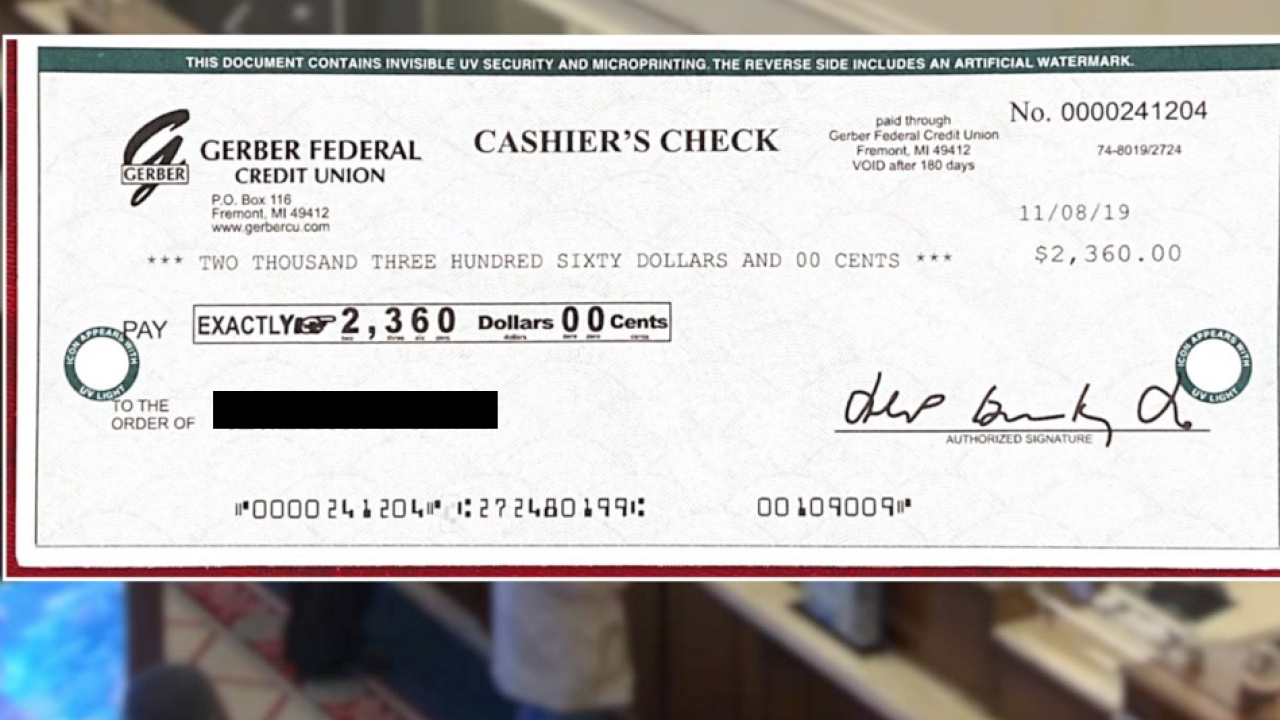 BALTIMORE — Fake check scams are on the rise, according to the Federal Trade Commission. And not only are more people falling for them, but their losses are higher than any of the other top 10 scams reported to the FTC.

The median individual loss reported on fake checks was $1,988.

In fake check scams, victims are sent a check with detailed instructions. The jobs range from mystery shopper to car wrap programs and work-at-home jobs, but the pitch remains the same.

Victims are told to deposit the check, keep some money for themselves, then wire the rest to someone else. So they do, and then this happens.

"Three or four days later, I checked my bank account and it said minus the amount that was on that check," said Gail Young, who lost nearly $1,000 in a fake check scam.

Young thought because the money was in her account, it was legitimate, but Kathleen Murphy, president and CEO of the Maryland Bankers Association, said banks are required to make funds immediately available. However, it doesn't mean the check's cleared.

"There are federal laws that govern that and there's also consumer demand. Consumers want to have access to their funds immediately when they deposit a check," Murphy said. "The check has to clear through what's called the Federal Reserve System, and the check may be deposited in your account, but it's drawn on an account in another state, so all of that, the processing that occurs there takes 3-5 days."

According to the FTC, fake check scams are up 65 percent since 2015, and people in their 20's are more than twice as likely than people 30 and up to report losing money.

The unfortunate part is once the money's sent, it's nearly impossible to trace or reverse.

"If the bank does something wrong, the customer's protected. The challenge here is if the customer puts the funds in their account, they're responsible for that activity," Murphy said.

Bankers will work with customers to identify fraudulent checks before it's deposited, but these days, fakes can look so real.

"Just think about imaging equipment, it's gotten so much more sophisticated, and in fact, even researching for this story, there are watermarks now that they can put to make it look like a real check but oftentimes something about it is remiss," Murphy said.

To better identify fake checks, look at the name of the bank. If it's one you know, give them a call.

If the name on the check doesn't match the person you're communicating with that's a red flag. And if the bank is in a different state than the sender that can be another warning signal.

"You don't read the fine print, you look at the money and see money signs," Young said.

Scammers are banking on people not knowing how deposits are handled. The important thing is not to be drawn by the promise of quick cash.

It's also important to report the fraud to your bank. Banks work with one another to keep track of these transactions to hopefully prevent other people from falling victim. And if you spot a scam, report it to the Federal Trade Commission by clicking here.

If you have a Matter for Mallory, she wants to hear from you. Email her using the form below or find her on Facebook and Twitter.