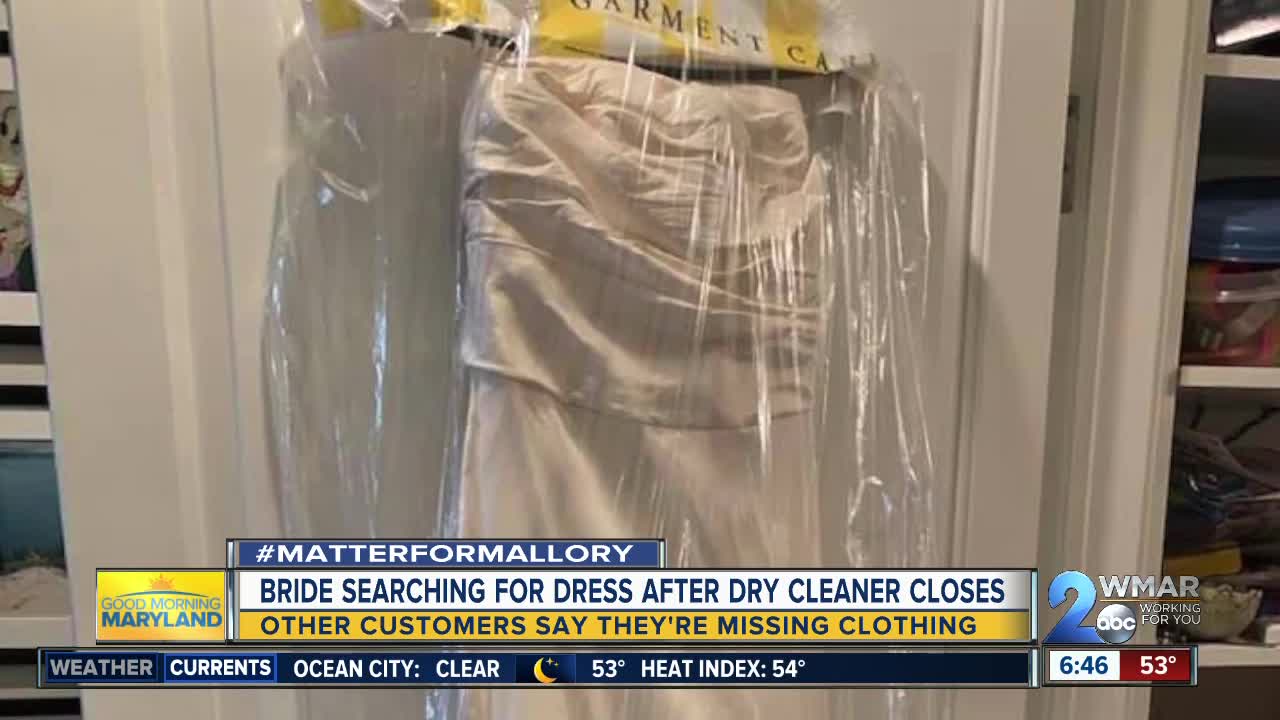 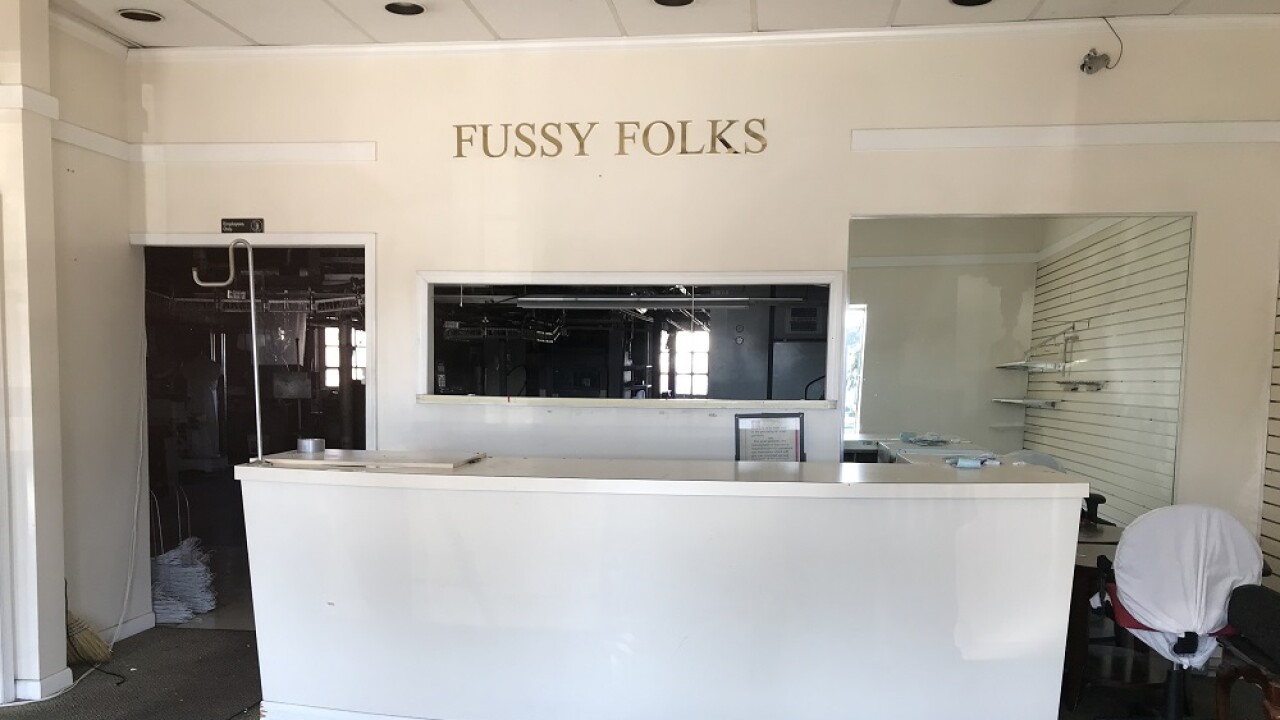 OWINGS MILLS, Md. — A newlywed is searching for her wedding dress after a dry cleaner gave her the wrong one.

The cleaner, Fussy Folks in Owings Mills, is now closed and not responding to messages. Other customers say they also didn't get their orders before the business shut down.

Jackie Black went through around 70 wedding dresses before finding the one.

"I went and put it on and I knew it was my dress," said Black. "It was simple with a little flare to it."

She had the wedding of her dreams in June then in July, her dad took her dress to the dry cleaner to be cleaned and preserved.

"Fussy Folks, they're the place you go to and it'll be ready in December. And I thought that's a really long time but I don't need it before then so sounds good," said Black.

In December, she received the call that her dress was ready to be picked up and she needed to do it soon because they were closing. Black was out of town, so she asked a family member to pick it up and deliver it to her parent's home.

"My mom just called me the other morning and said, 'I was reminiscing, and I went to look at your dress, and it's not yours.' And she had to call me and let me know," Black said. "My stomach dropped and I was nauseous and we were trying to figure out what we could do because the place was closed and we tried calling the number they left on the door and there was no response there."

Black's mom posted the dress they had on Facebook and the post took off. After being shared over a hundred times, they found its owner.

"Within 12 hours we figured out who owned the wrong dress that we picked up," said Black.

But the woman didn't have Black's dress.

"Once we realized that it wasn't a one-for-one mistake, we realized it was a little bigger situation and that we really didn't know where my dress would be," said Black.

Leon Phillips, who works next door to Fussy Folks at Lenny's Deli, said they've heard from other customers looking for their things.

"They've been coming in to Lenny's asking questions: Where's this place at, where they moved to, and all that," said Phillips.

He also said that shortly after Fussy Folks shut down, another cleaner moved in, but they too closed and cleared out.

"One day I came up and I looked and it was empty. I was like hey, man they must've moved overnight," Phillips said.

And took with them everything inside, including an order Phillips had dropped off.

"It was a coat with a zipper. A coat I bought my fiancée," said Phillips.

Phillips showed WMAR-2 News Mallory Sofastaii a copy of his receipt. The name of the business said Blue Ribbon Cleaners in Alexandria, Va. However, the address on the receipt is currently being occupied by a paint store. When Sofastaii called the store, she was told the space used to be a dry cleaner, but not for the last three years.

Fussy Folks left a name and phone number on a piece of paper on the door. Sofastaii called the number and spoke with a man who said he'd find the jacket and dress and bring them to the location on Sunday.

Philips said he was told the same thing a few weeks ago, but no one showed.

Sofastaii has tried calling and texting the number multiple times since, but the man stopped responding.

Fussy Folks assigned their Lease to another tenant who took over the business on July 1, 2019 and, we presume, took possession of all dry cleaning left within the location. Due to confidentiality policies, we are unable to give you the name of the tenant that took over from the original Fussy Folks owner.

When the subsequent tenant left the Premises earlier this month, we were assured all items would be returned to customers. ... We regret that the past tenant has apparently not yet returned all items and certainly hope that happens soon.

The company representative added that they searched the premises by did not find any clothing items.

Black is still holding out hope that a former Fussy Folks customer has her dress.

"If anyone has a box at home that they can open it up and make sure it's the right dress because now we've seen that's not always the case," said Black.