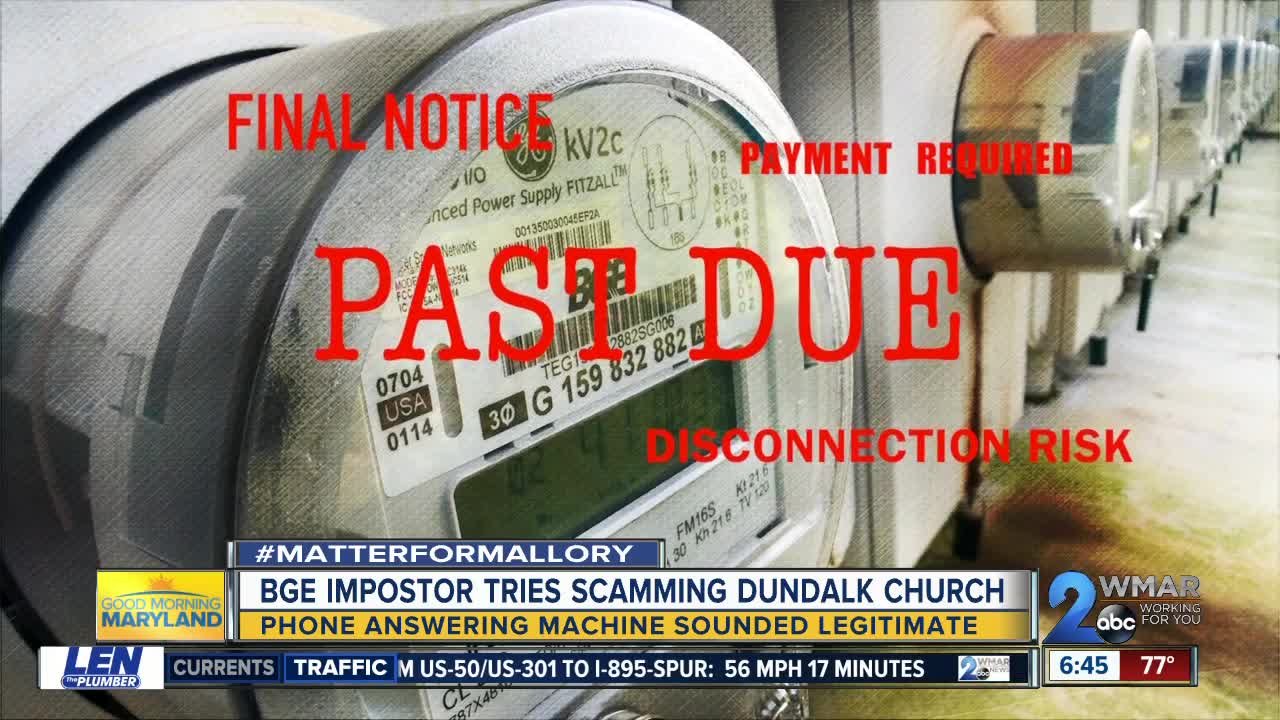 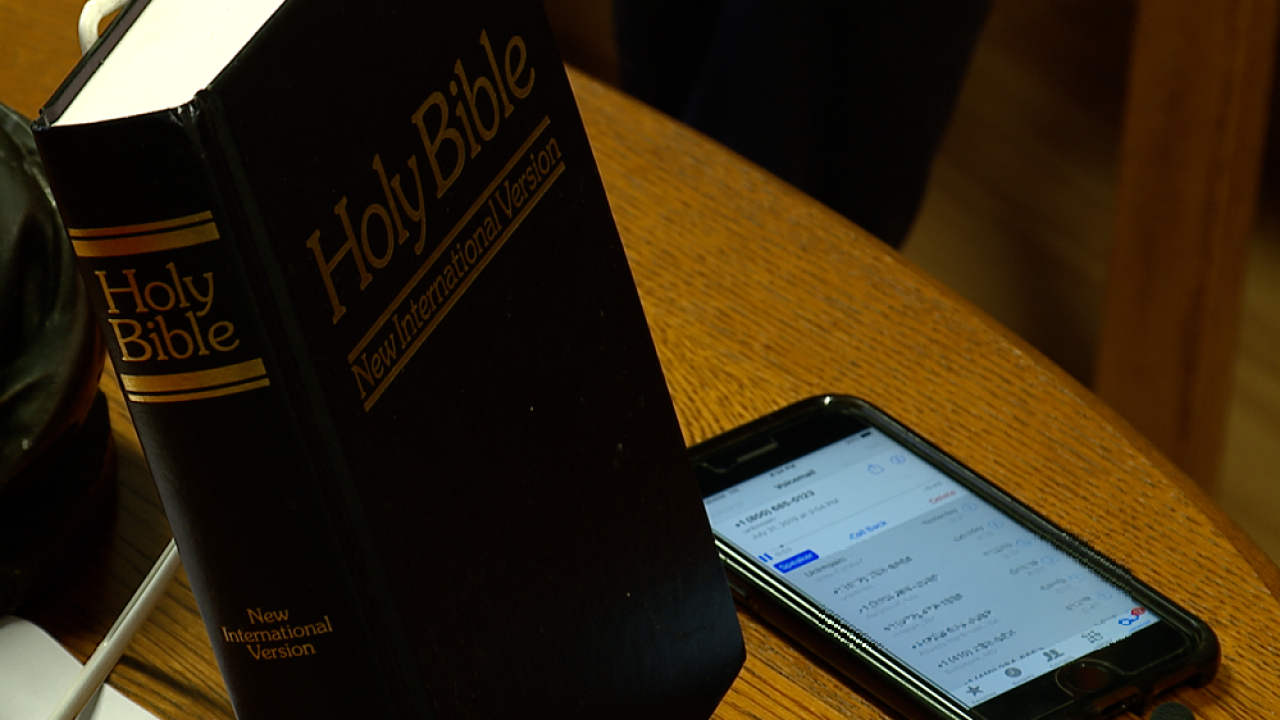 BALTIMORE — So far this year, BGE customers have reported losing more than $122,000 to scammers and impostors, according to the utility company. One of the latest targets happened to be a church in Dundalk.

"This is to let you know we're going to proceed with the disconnection as soon as possible," said the voice message.

Hook, who has been the treasurer for First Lutheran Church of Gray Manor for the last 15 years and is a lifelong member of the church, was sure he hadn't missed any payments.

"I got on the phone with someone right away, and they said you hadn't paid your bills in three months," Hook said.

He was told if he didn't pay right away, their service would be cut off.

"It was about $2,300 in cash to a BGE what they were calling a corporate center by 1 o'clock. This was about 12:15 p.m. when I started getting these calls," said Hook. "I didn't actually go, but when you look it up on Google Maps, I think it was a nursery."

Hook works at a bank and grew suspicious when a company of this size refused other payment methods, but it was his wife who helped him unravel the scheme.

"Thankfully, my wife was home with me also, so she had the idea to actually call the BGE number on our last invoice, and they confirmed right away that we were in good standing and there was no shut off imminent," said Hook.

Utility scams aren't new, however, the sophistication of this one is alarming,

"They knew we had multiple accounts. They didn't have our account information but they had a lot of information that led me to believe initially that it was very legitimate. It was very convincing," said Hook.

When WMAR-2 News Reporter Mallory Sofastaii called the phone number Hook was told to dial, she also heard a phone answering machine stating it was BGE and spoke with someone claiming to be a representative.

"We're not a big church, and we have a budget. That's a big number for us to have to absorb as a loss so, yeah, it's very upsetting they would do that," Hook said.

The phone number provided to Hook (1-888-770-7579) has been disconnected, and the callers most likely used spoofing to imitate BGE's customer service line. And it's likely they'll try it again with a different number.

If you are unsure whether BGE is contacting you:

“We commend Mr. Hook for trusting his instincts and not falling for this apparent scam. We want to remind all BGE customers that we will never call and ask you for cash or request that you purchase a prepaid credit card to make a payment on your bill, and then threaten to shut your service off immediately if you don’t make that payment.

If you have a Matter for Mallory, she wants to hear from you. You can contact her using the form below.