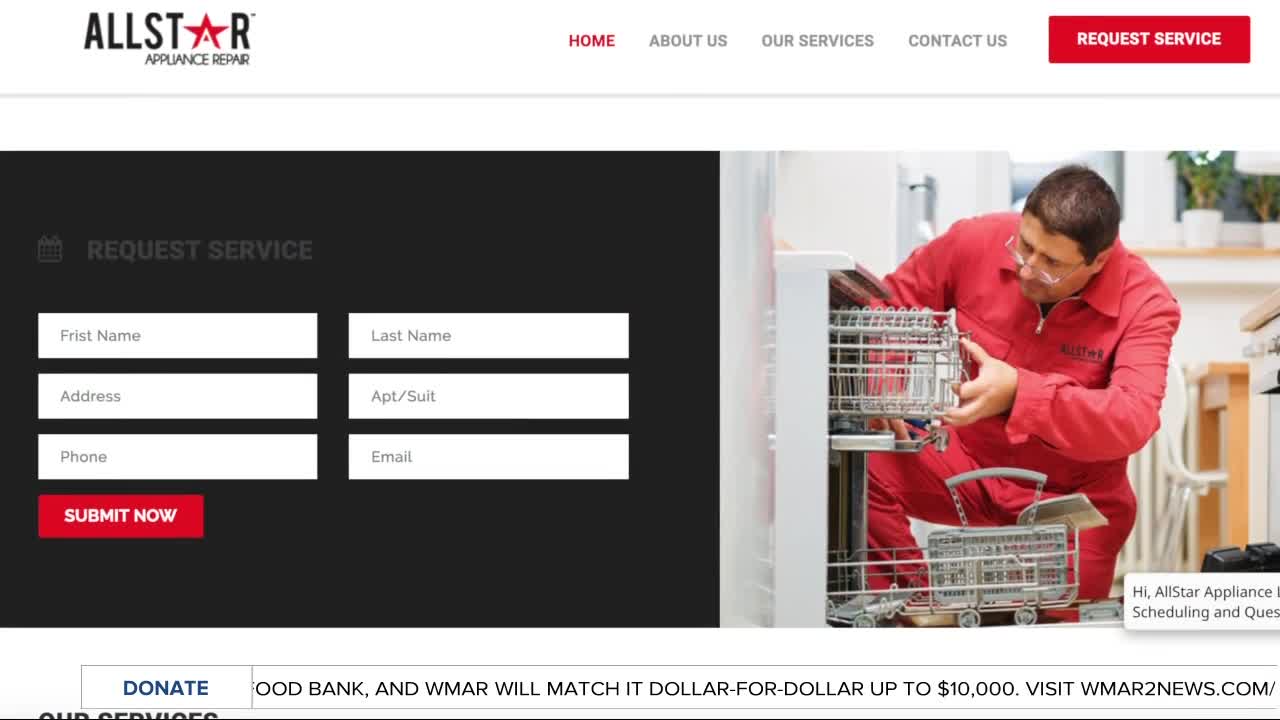 The company is accused of taking advanced payments for repair parts, failing to complete repairs, and refusing refunds.

According to the statement of charges, customers were told on initial service calls that additional parts were needed to complete repairs. After customers put down deposits, the company would fail to return to start or complete the promised repairs.

In some instances, the company would schedule follow-up appointments to complete repairs but then never showed causing customers to waste time and miss work unnecessarily.

And when consumers requested refunds for incomplete work, the company ignored calls and emails and failed to return their money.

"No call, no show, despite our trying to contact him yesterday to confirm. Phone off,
voicemail not accepting messages," wrote one customer in their complaint to the Maryland Attorney General Consumer Protection Division.

Solomon told a customer he would issue a refund for a failed dryer repair, but in a complaint filed with the OAG, she stated she never received one.

"BBB initially opened our file on AllStar Appliance in 2012," said Angie Barnett, president and CEO of the BBB serving Greater Maryland. "So we have a volume of complaints, pattern of complaints, complaints alleging that an advance fee was being charged, not upholding warranties, making a claim that once the repair was made it would be good under x amount of years, and then not honoring that warranty," Barnett said.

Barnett added that the BBB doesn't recommend consumers pay in full for any service or parts until the work is completed, and to use a credit card in case the payment needs to be disputed.

WMAR-2 News Mallory Sofastaii left several voicemails for the company and emailed asking for a response to the charges. She has not yet heard back.

The Division is seeking an order that would permanently prohibit AllStar and Solomon from committing further violations of law, as well as an order requiring them to pay restitution to consumers harmed by their alleged unfair and deceptive practices. The
charges also seek to impose civil penalties for the alleged violations of the Consumer Protection Act.

Consumers with complaints against AllStar Appliance Repair or Eric Solomon can call the Consumer Protection Division at 410-576-6569, file a complaint online by clicking here.