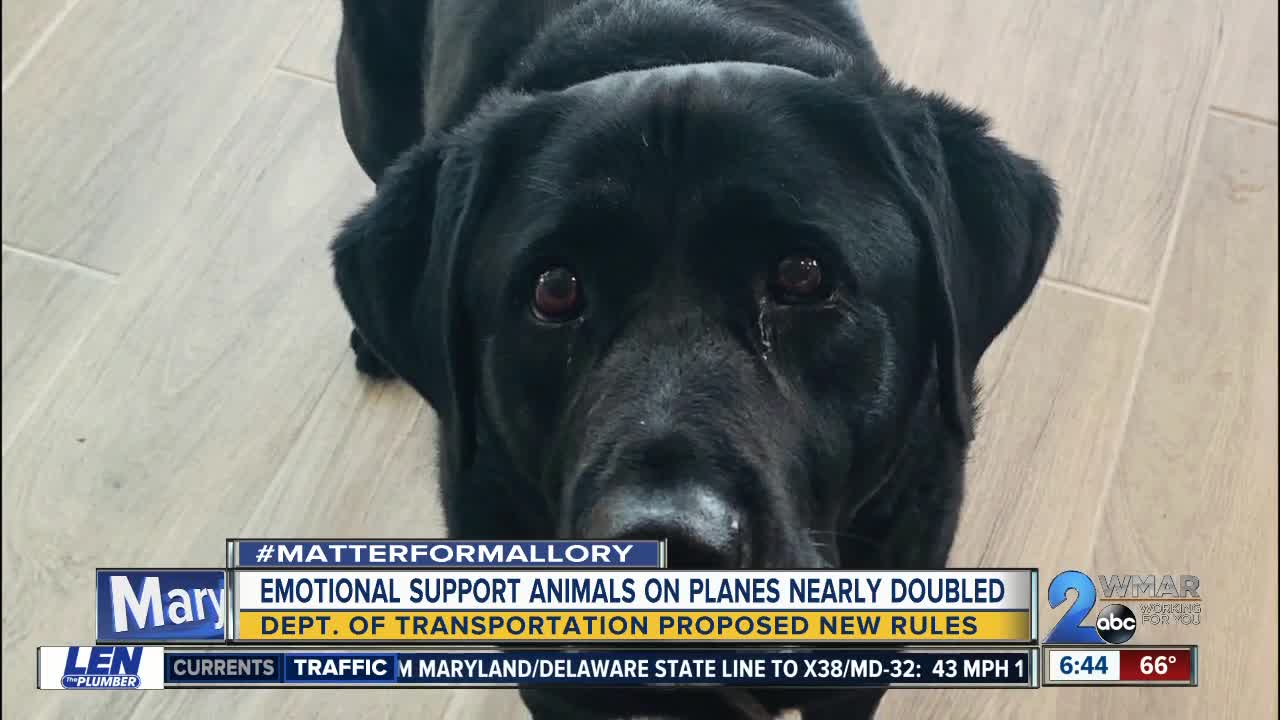 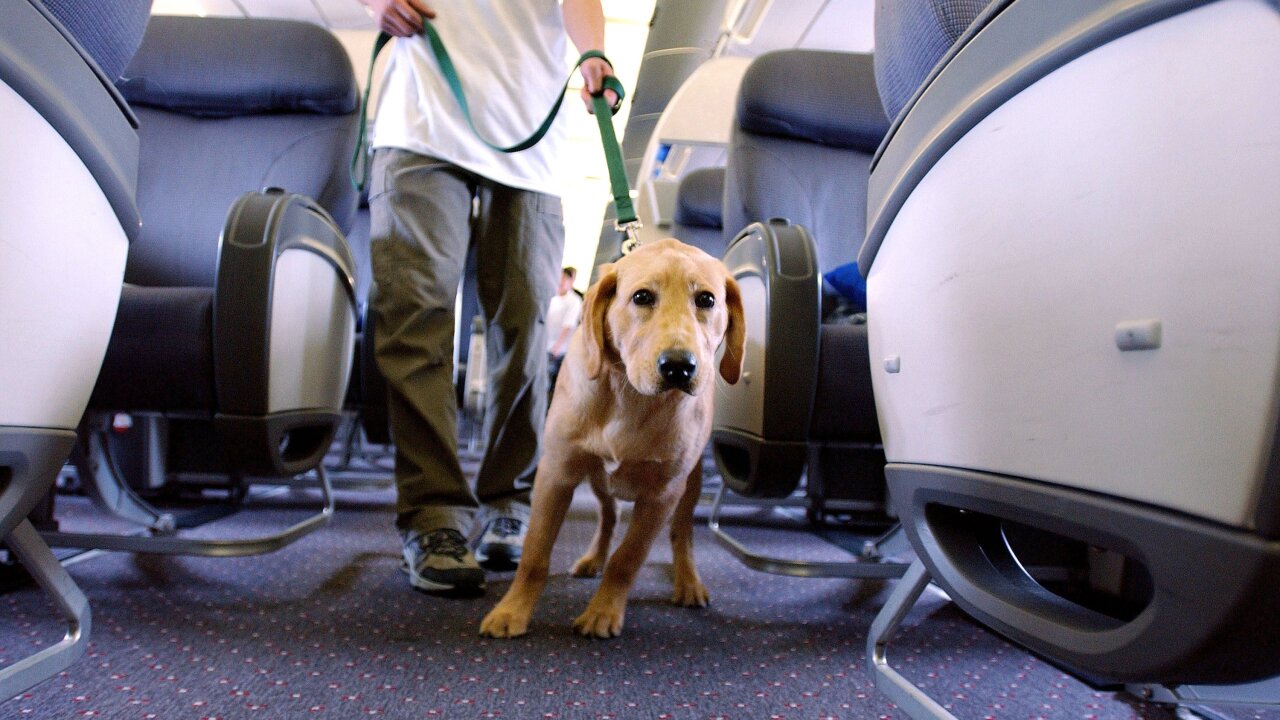 BALTIMORE — The U.S. Department of Transportation is tightening the leash on people passing their pets as emotional support animals. In August, the department issued new guidance on service animals on planes.

Airlines for America (A4A), along with more than 80 organizations, sent a letter to the DOT in support of the new regulations that begin to address the "harm caused by unconstrained growth of untrained emotional support animals (ESAs) on airplanes." In the last few years, ESAs have nearly doubled. According to estimates by the A4A, the total number of passengers traveling with ESAs on U.S. airlines increased from 561,148 in 2016 to 1,015,048 in 2018.

The uptick in ESAs is concerning to Diane Bernier, executive director of Fidos for Freedom, Inc. She doesn't want people to confuse ESAs with service dogs, like her dog, Moxie.

"She alerts me to sounds I can't hear. For somebody in a wheelchair, they're trained to open/close doors, pick up dropped items," Bernier said. "We need them to survive, to keep our independence."

According to the Americans with Disabilities Act, service animals are defined as dogs that are individually trained to do work or perform tasks for people with disabilities. They also must be allowed to go wherever the public can go.

Bernier's organization spends around three years training their service dogs, while ESAs are not required to be trained.

Websites, such as the Official Service Dog Registry, claim to instantly register your pet as a service, emotional support, or official therapy dog.

"On the website, you have to pick the type of dog you're registering it as. Is it a companion animal? Is it a service dog? And under each one, it says no training required, no documentation required, your dog is what you say it is," said Jenna Coito, whose daughter wanted her dog, Roxy, on the registry.

"We get the email and it says, 'Congratulations, you're registered.' So we click through to the site and I couldn't figure out where's the ID card, where's all the stuff they promised her," Coito said.

Her daughter's $25 bought her access to the online store, but nothing else.

Coito then found the Better Business Bureau alerts and F rating for misleading advertisements and misinformation.

"There is no such thing as an official registry," Coito later learned.

The company is also affiliated with several other service dog registry sites include assistancedogregistry.com and Service Dog Outfitters.

WMAR-2 News Reporter Mallory Sofastaii reached out to the companies for comment. This article will be updated with their response.

"Yah, that's a rip-off and people are just being ripped off. They're copying that most of your service animals will have a cape and a card. That's not even a requirement, we just do that in the industry to help identify the dog to make it easier. Anybody can put a cape on a dog. I know people who do and just no, it's not right," said Bernier.

Bernier doesn't want to make it harder for people who actually require emotional support animals, but she would like to see clearly defined rules surrounding ESAs.

Airlines have a month to review the proposed rules and make changes.