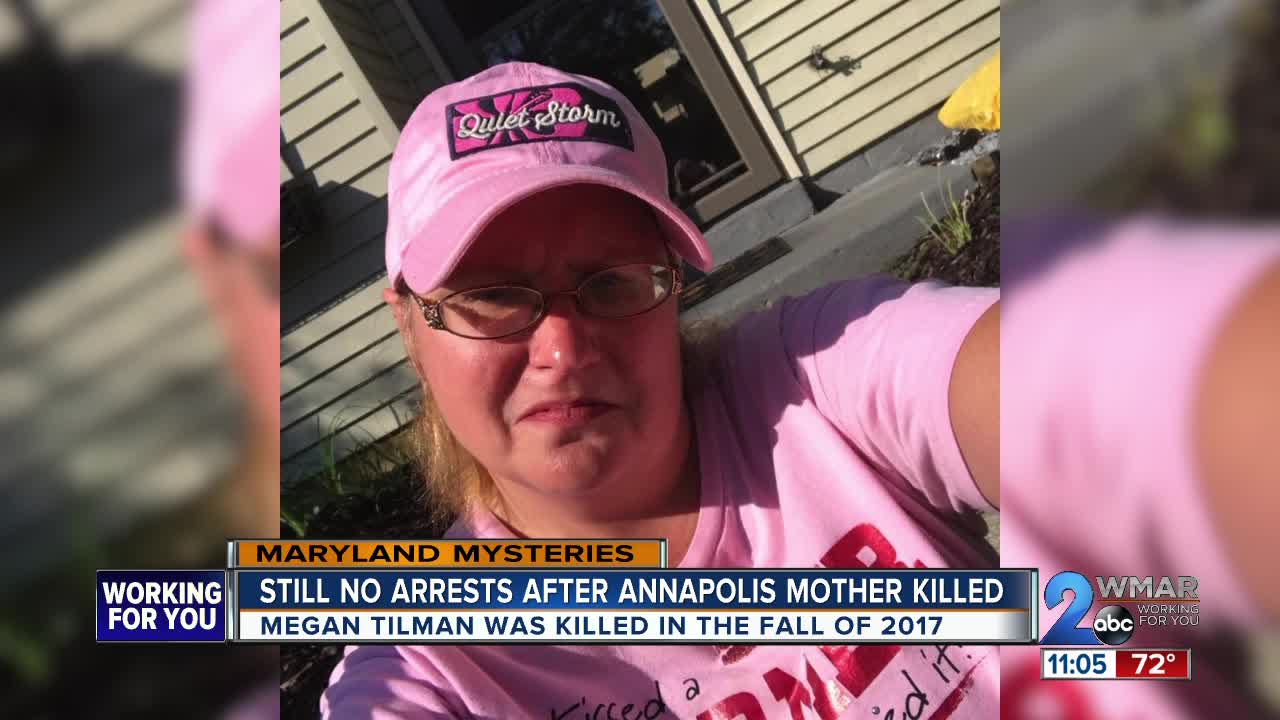 There are pieces to this puzzle that are coming together according to Anne Arundel County Police. Just not all of them.

SHADY SIDE, Md. — There are pieces to this puzzle that are coming together according to Anne Arundel County Police.

Just not all of them.

The choppy shores in the southern part of the county, in Shady Side, may tell the final story of what happened to 42-year-old Megan Tilman.

Her cousin, Jennifer Parks, says since police identified what investigators originally thought to be a Jane Doe as Megan, it's brought the family some hope.

"There's some closure -- as far as not thinking that she's run off somewhere and taken off into the country and is just living her life alone or with a mate or whatever. But she's still banging on the door for me saying this isn't resolved yet," Parks said.

The facts are racing through homicide detectives minds.

Parks filed a missing persons report for Megan in November 2017. At that time, it'd been weeks since anyone heard from the 42-year-old.

She didn't show for a custody battle for her youngest battle and that's when her family's suspicion went up.

Same for the police department.

"We recovered [Megan's] body in October of 2017, but she actually wasn't reported missing to another jurisdiction until November of that year. So when we first found her, we were going to go through all the missing persons, not just locally, but nationally. Obviously, nothing fit the bill because she hadn't been reported yet," Sgt. Jacklyn Davis, with the Anne Arundel County Police Department, said.

But when that report was filed -- it'd be months before investigators put two and two together that that body was Megan.

A medical examiner, initially, said the body was that of a person of Asian decent. After another autopsy, the examiner determined it was, in fact, Megan and that she'd suffered 'apparent' trauma.

"On the flip side of that, sometimes a timeline being longer can help us because relationships change. People that maybe were in a relationship no longer are and people are more willing to talk, then, if they don't have that close relationship anymore," Davis said.

And it's those relationships, or lack thereof, police are hoping to key in on as the death of Megan Tilman remains unsolved.

"Megan was loved. She had a family. She had goals and she had dreams. She deserves justice in this situation -- she really does," Parks said.

If you can help police track down who killed Megan Tilman, you're asked to call the Anne Arundel County Police Department's homicide unit at 410-222-4731.