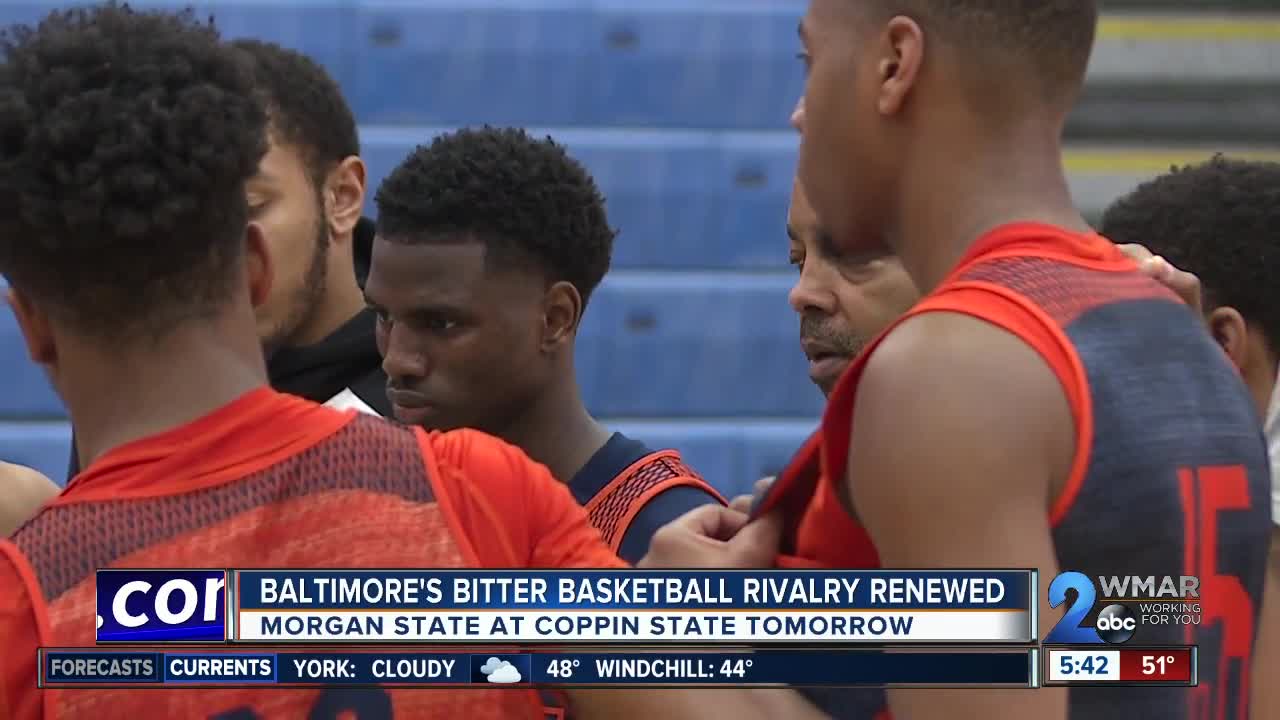 Kevin Broadus has heard a lot about Baltimore’s most bitter on-court clash during his first year as Morgan State University head men’s basketball coach. The recent history of the rivalry is front and center.

BALTIMORE, Md. — Kevin Broadus has heard a lot about Baltimore’s most bitter on-court clash during his first year as Morgan State University head men’s basketball coach. The recent history of the rivalry is front and center.

“The biggest thing is that we lost to them last year three times. I’ve learned that a lot,” he said.

For only the third time, and first time in 15 years, the Bears lost three games to Coppin State in one season.

“We’ve got a chip on our shoulder,” added Bears guard Sherwyn Devonish

The Bears have already equaled their win total from last season. They are 9-12 overall and 3-3 in the Mid-Eastern Athletic Conference. But all that is secondary come tomorrow.

“Instead of us coming out as the top dog, we’re the underdog,” said Devonish.

As for Coppin, they’re 5-15 overall and 1-4 in the MEAC. Things were looking up for Juan Dixon’s Eagles at the beginning of the season.

They won four of non-conference contests. That’s the most for the Eagles in 26 years. Coppin then suffered a nine-game losing streak before last week’s win over then first place North Carolina A&T.

“To get a win like that against a good team, acquired us to boost the morale. Everybody likes to win,” said Eagles guard/forward Andrew Robinson.

You want a boost of morale? Just extend that winning streak against Morgan.

“We still hear about it to today from last year,” said Eagles guard Dejuan Clayton. “So, we won three games in a row, we want to keep it going with our fourth win on Saturday.”

“We’re going to get Morgan’s best shot. It’s going to be a hostile crowd,” said Dixon. “I’m looking forward to it and it should be a good one on Saturday.”

Saturday’s game is scheduled to tip-off following the Eagles and Bears women’s game. The women’s game is set to begin at 2:00 p.m. Both games will be played at Coppin's Physical Education Center Arena.