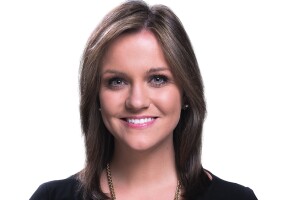 Lauren Cook is a traffic reporter and multimedia journalist for Good Morning Maryland.

Lauren is a Harford County native, who is thrilled to be working in her home state.

Most recently, Lauren worked at WBFF. She graduated from Marymount Manhattan College in New York City, where she began her career at WNYW and later worked at Fox News Channel. Lauren also appeared on "MTV Hits."

When she's not tracking the delays of your morning commute, Lauren enjoys traveling to the beach and spending time with her family, friends and Chihuahua, Sophie.