Spencer, No. 2 Loyola ready for Battle of Charles Street 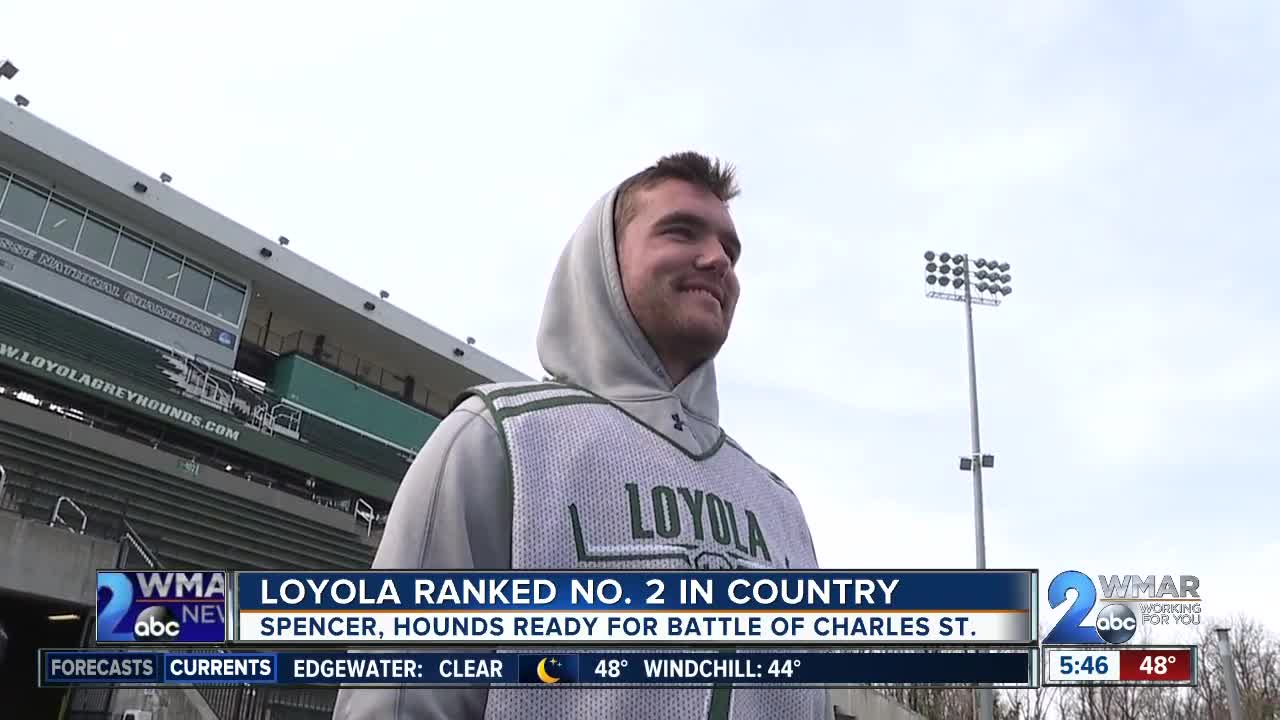 Pat Spencer and the No. 2 Loyola Greyhounds are ready for rival Johns Hopkins in the Battle of Charles Street 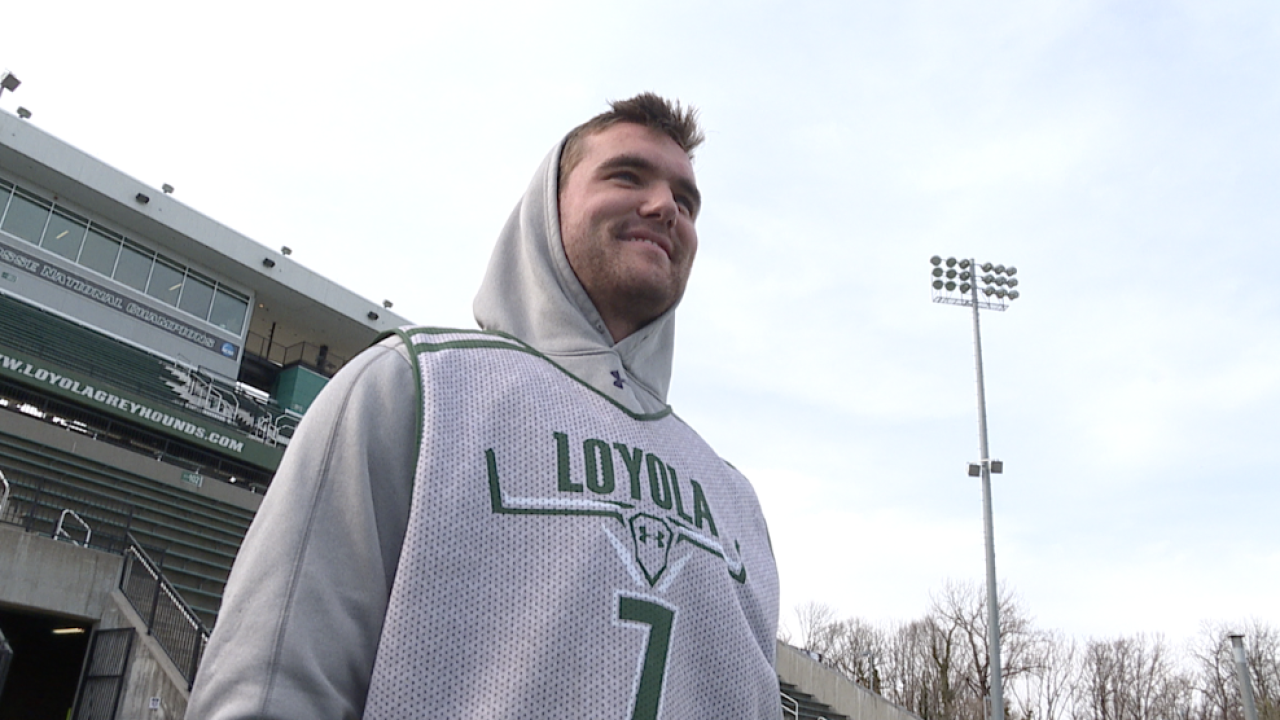 BALTIMORE, Md. — They’re at a place they haven’t been in five years.

The Loyola Greyhounds are ranked No. 2 in the country. It's their highest ranking since spending the last seven weeks of 2014 at No. 1.

“Pretty crazy,” added Brown. “We don't really like to look into too much of that. We kind of like to just get out there and play and do our thing.”

“It's confidence. You know that people around you see the amount of talent that's here at Loyola,” said Loyola goalkeeper Jacob Stover.

The most talented of the bunch, Pat Spencer.

“He's a great teammate. He's always trying to get people around him better,” said Stover. “He's got a great I.Q.”

The senior from Davidsonville is an early-season favorite to win this year’s Tewaaraton Award, which is given annually to the most outstanding American college lacrosse player.

He's been a finalist in each of the past two years.

“It's something that's obviously an honor to be a part of every year. It's been an honor to be named with all the guys that have been a part of it over the last couple of years,” said Spencer, who plays attack.

He scored five goals in last weekend’s season opening 17-9 victory over No. 9 Virginia. That's a part of his game he's changed for his senior year.

“I've put a little bit more emphasis on shooting. That's something that I've really focused on and I think that this past weekend I was able to showcase it a little bit,” he said.

This weekend Spencer and the Greyhounds get their biggest rival. For the 56th time in their lacrosse history, Loyola meets Johns Hopkins.

“We're literally like three minutes down the road from each other. It's the battle of Charles Street and it's been something that both teams have taken pride in,” said Stover.

“It's a real battle and adequately called the battle of Charles Street,” said Toomey. “It's just a lot of fun to be a part of.”

Things get started between the Hounds and Hopkins Saturday at Homewood Field at 2:00 p.m.